… the first part about our road trip through France you can read here: LINK.

Probably, this tidal island in Normandy is one of the most well-known landmarks in France. Earlier, this was a monastery, a wealthy and influential abbey with impressive fortifications. It turned to prison after the French Revolution. Now, after extensive restoration, after being declared a historic monument at the end of the 19th century, in the 20th century Le Mont-Saint-Michel was given the UNESCO heritage object status. This place is being visited by three million people each year (2020 probably excluded). You can plan your visit here: Link to the official website. 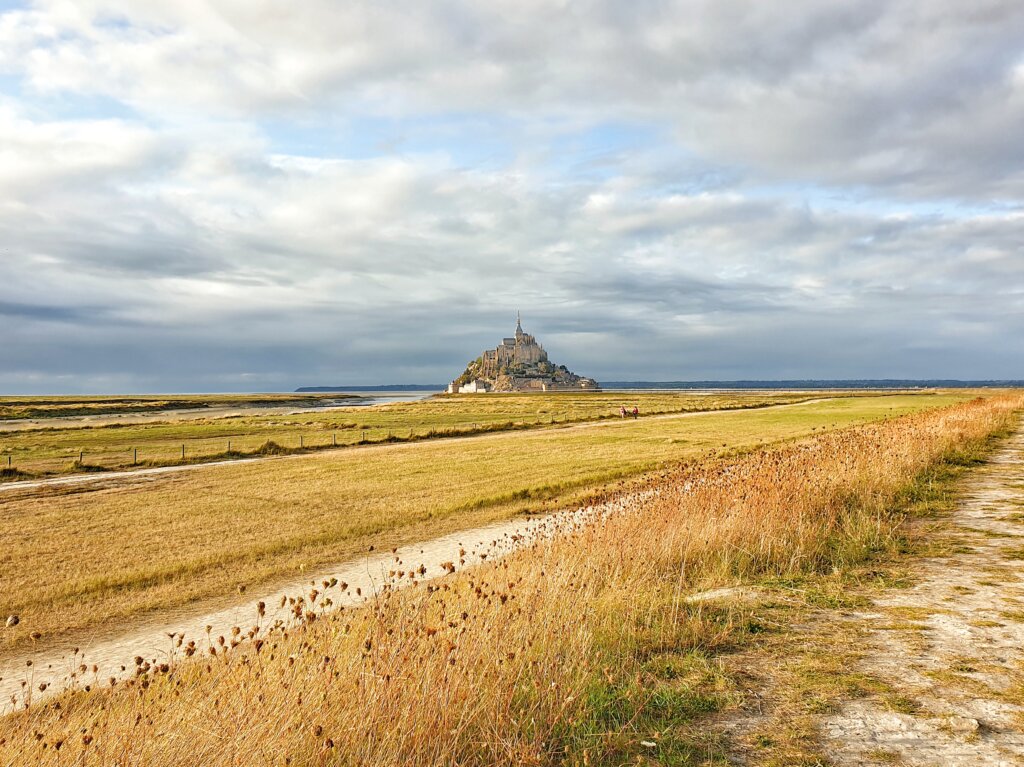 Le Mont-Saint-Michel has inspired the setting for several movies, such as The Lord of the Rings: the Return of the King and Disney’s Tangled.

You can also spend a night or two directly at the island. However, even in the times of pandemic, the prices are quite high: 100€ and higher.

The shuttle from parking is free and runs every 15-30 minutes. Otherwise, you can walk 30-40 minutes.

Étretat is best known for its chalk cliffs, including natural arches and a pointed formation rising 70 meters above the sea, called “the Needle” (L’Aiguille). You can see some of them directly from the city beach.

On your left, when facing the town, you can hike to the top of the plateau to see the beach and the cliffs from another perspective. 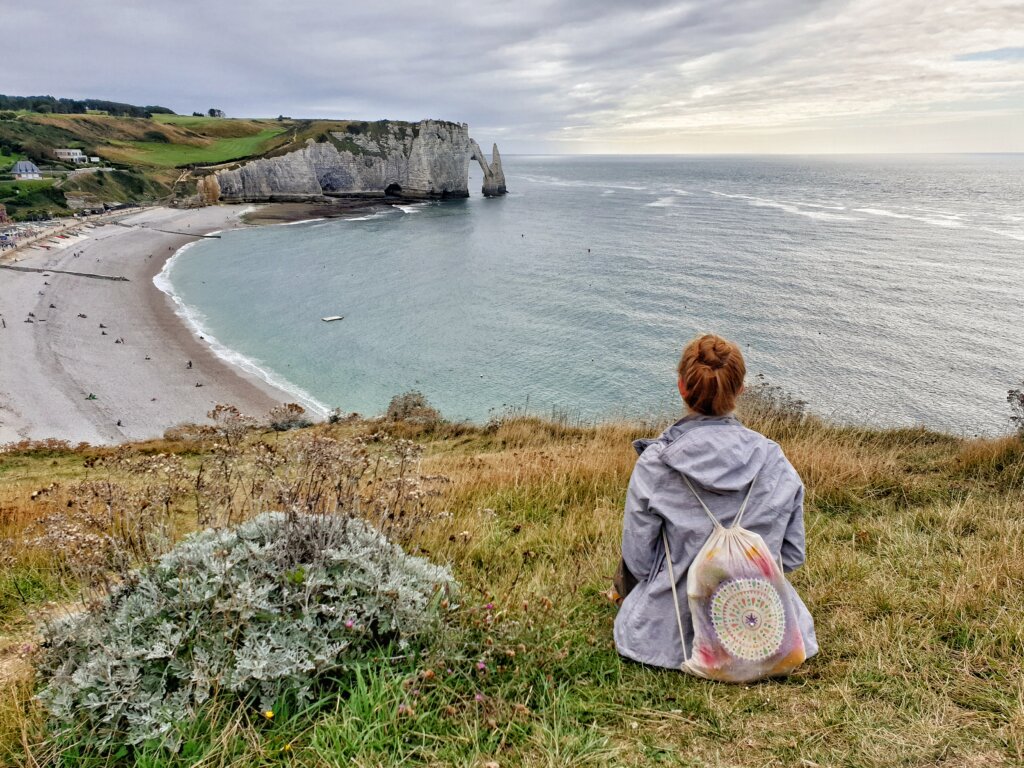 This is a little picturesque tourist town with several quality restaurants and a beach. We stayed in a beautiful camping place overlooking the ocean and the cliffs. Near the camping, there is a bunker surrounded by juicy green meadows with numerous pasturing sheep. 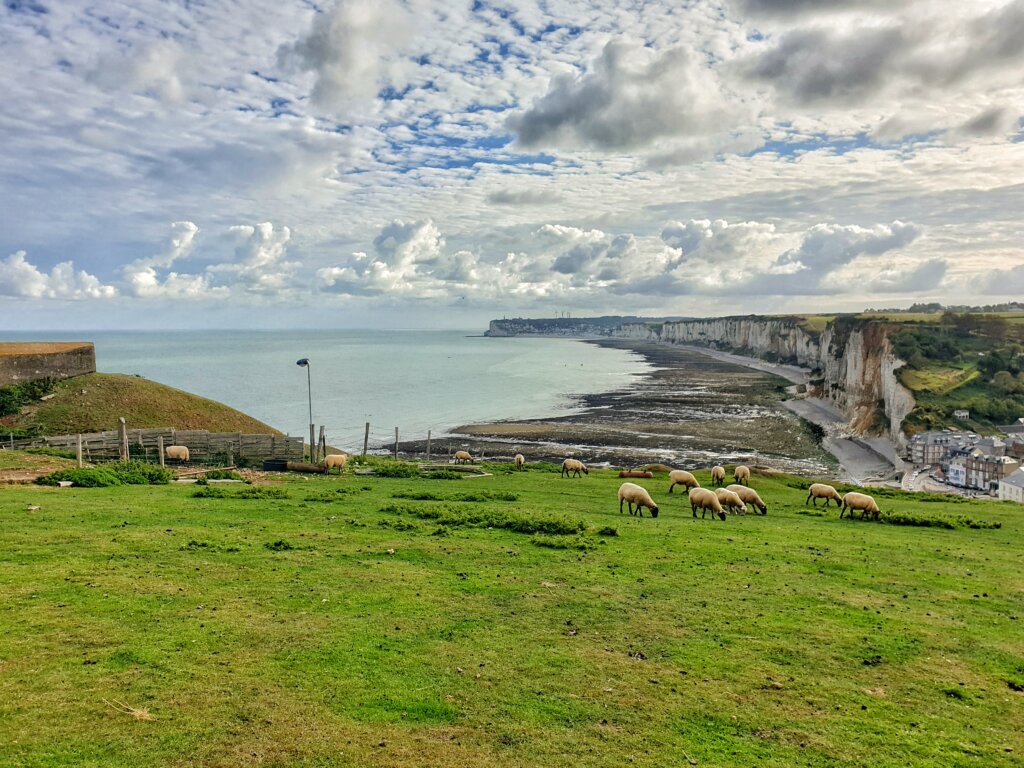 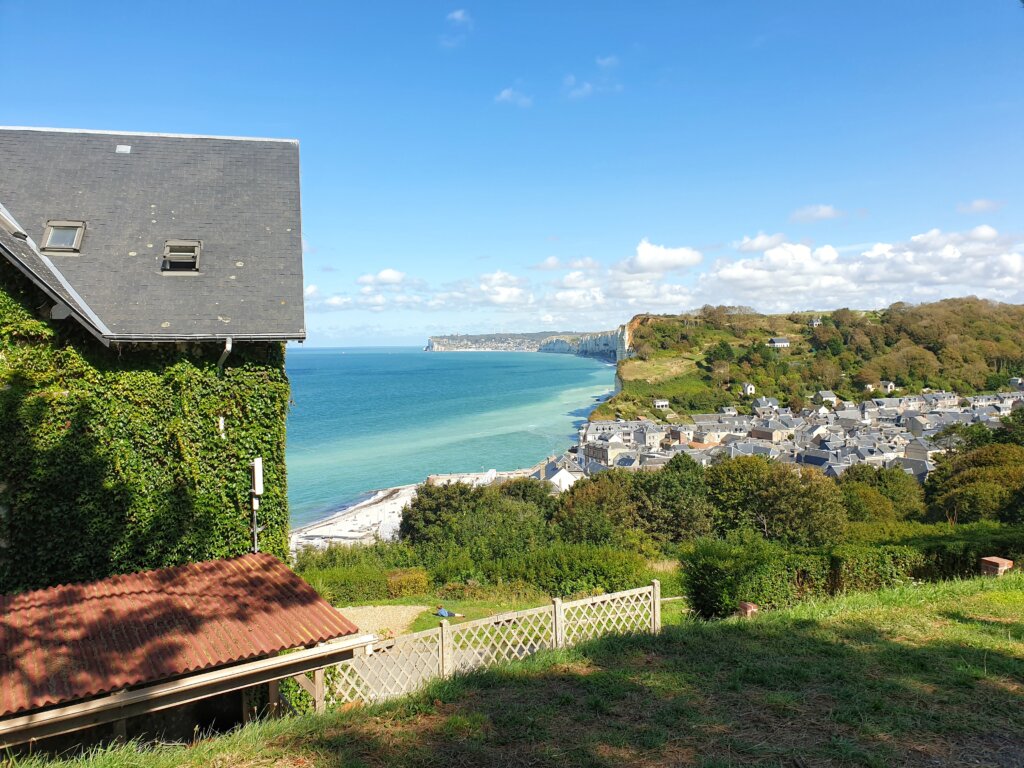 Rouen became one of our favorites on this trip as this city is simply beautiful and has preserved old-times flair.

The current capital of the region Normandy was one of the most prosperous cities of the medieval Europe. Rouen is also noted for its surviving half-timbered buildings: there are many of them in the city center. We took our time to enjoy a coffee on the middle-ages-looking square in front of the Catholic Church Saint-Maclou, which was unfortunately closed when we were there. 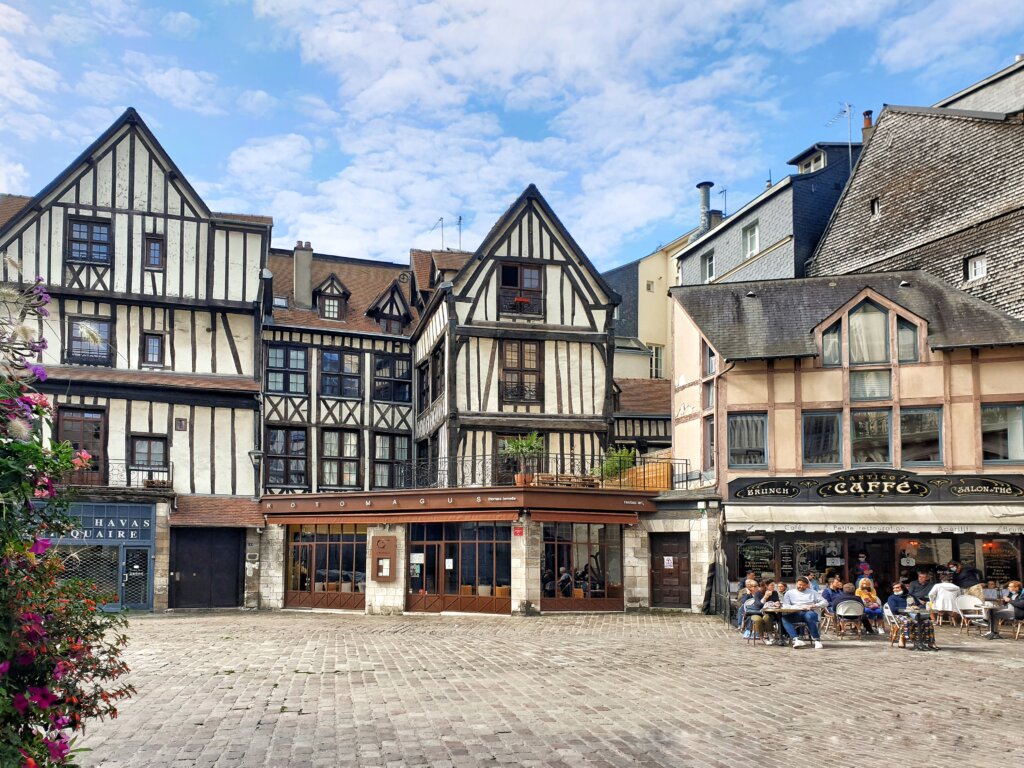 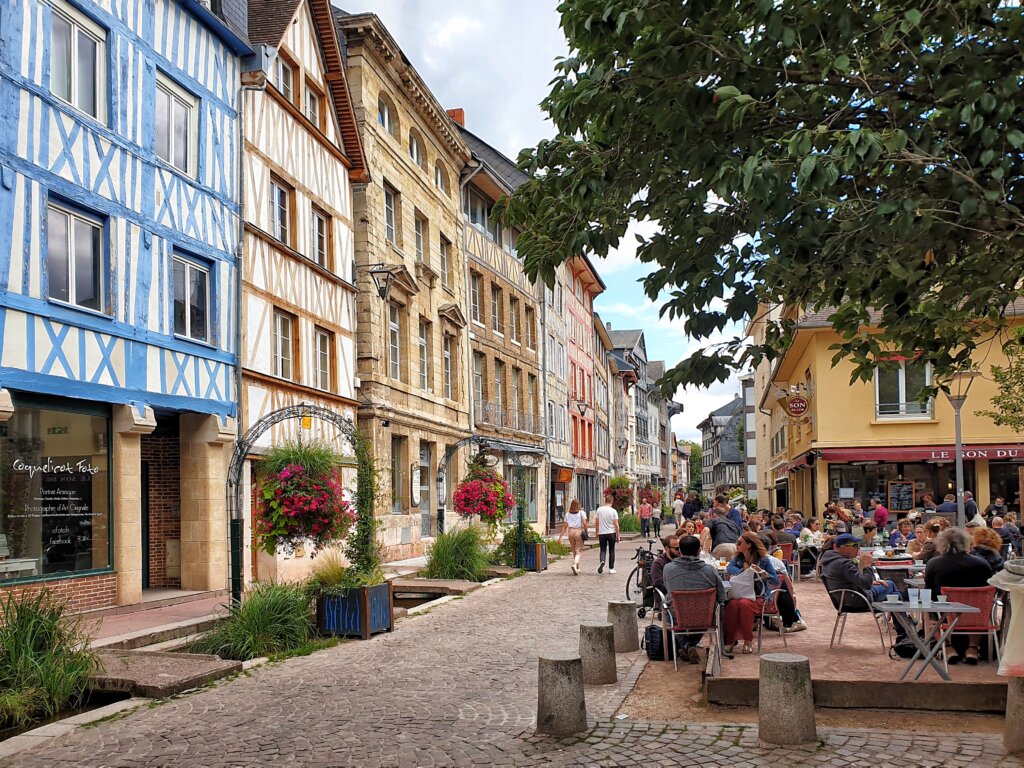 We were astonished by the historic gothic church Abbatiale St-Ouen, it looked so huge and beautiful from inside (and massive from outside). Look at those ornate lattices! 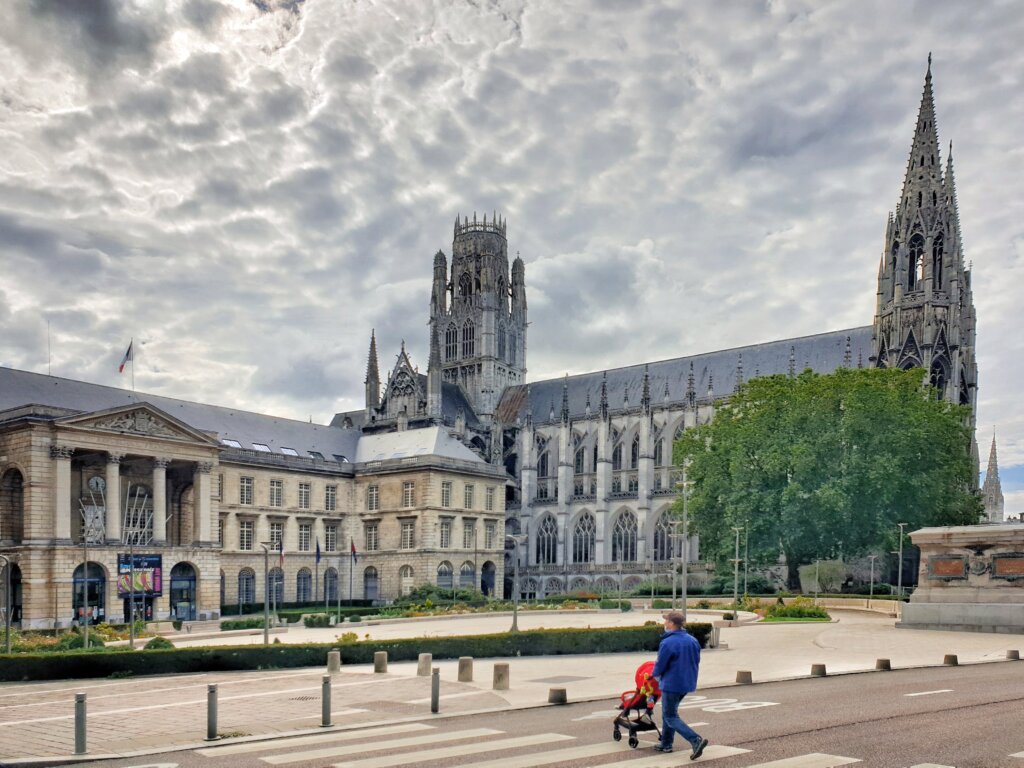 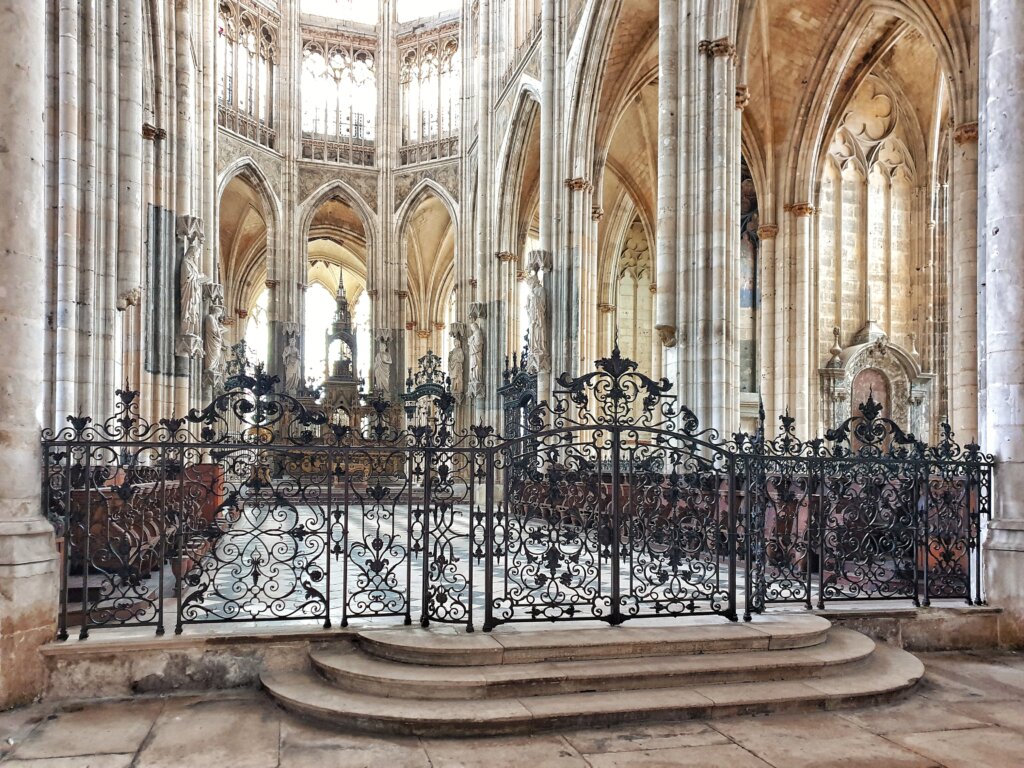 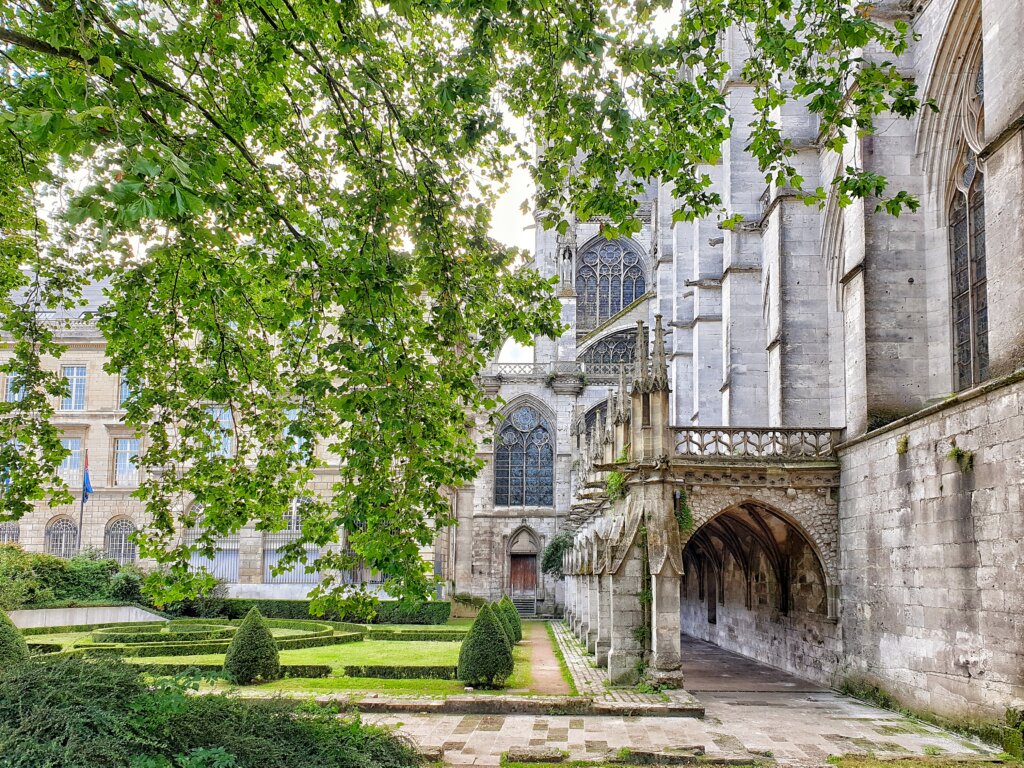 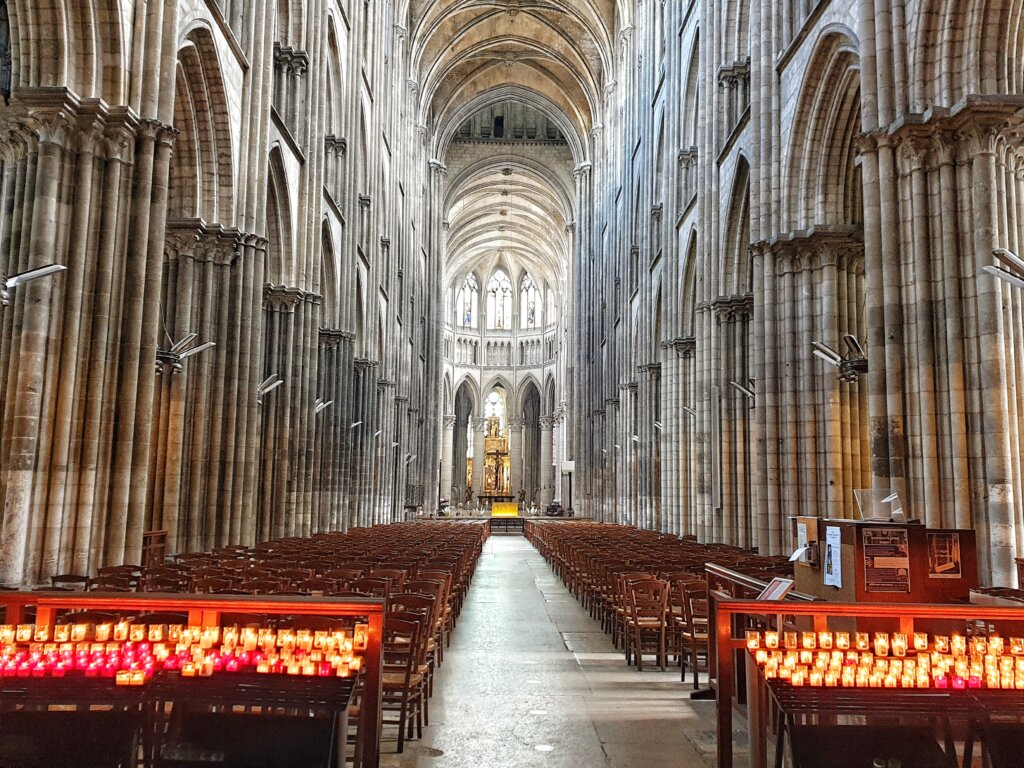 Rouen Cathedral has impressive sculptures inside: we were puzzled, if the figure of Judas was intentionally blackened (it looked much darker than other sculptures). 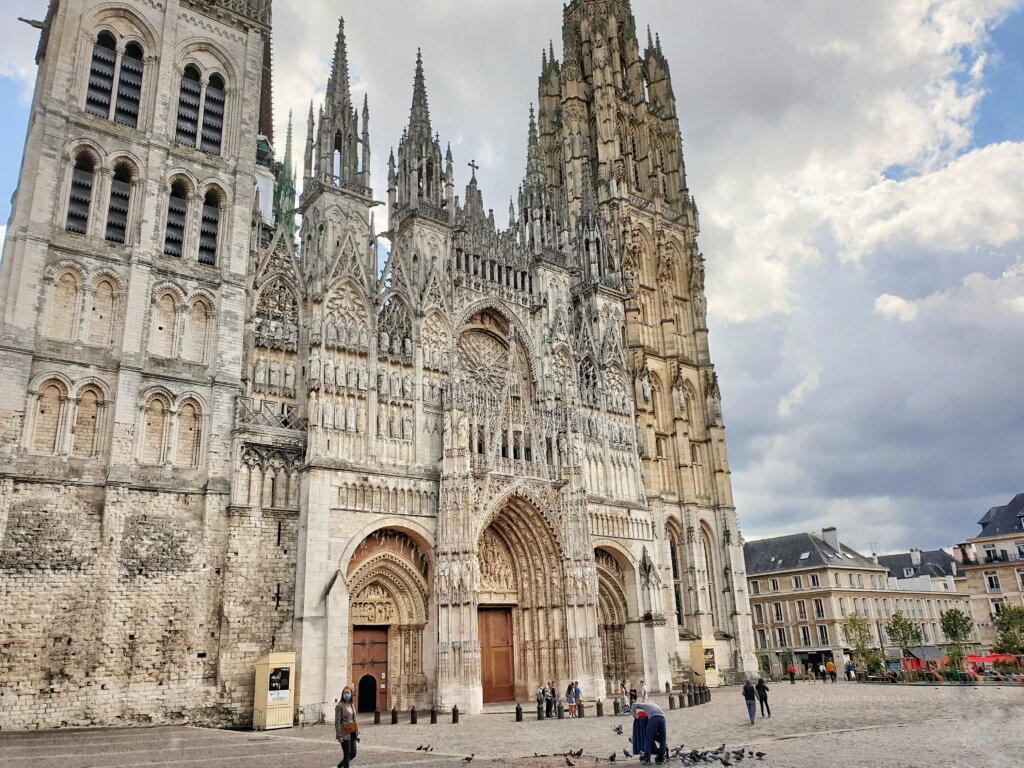 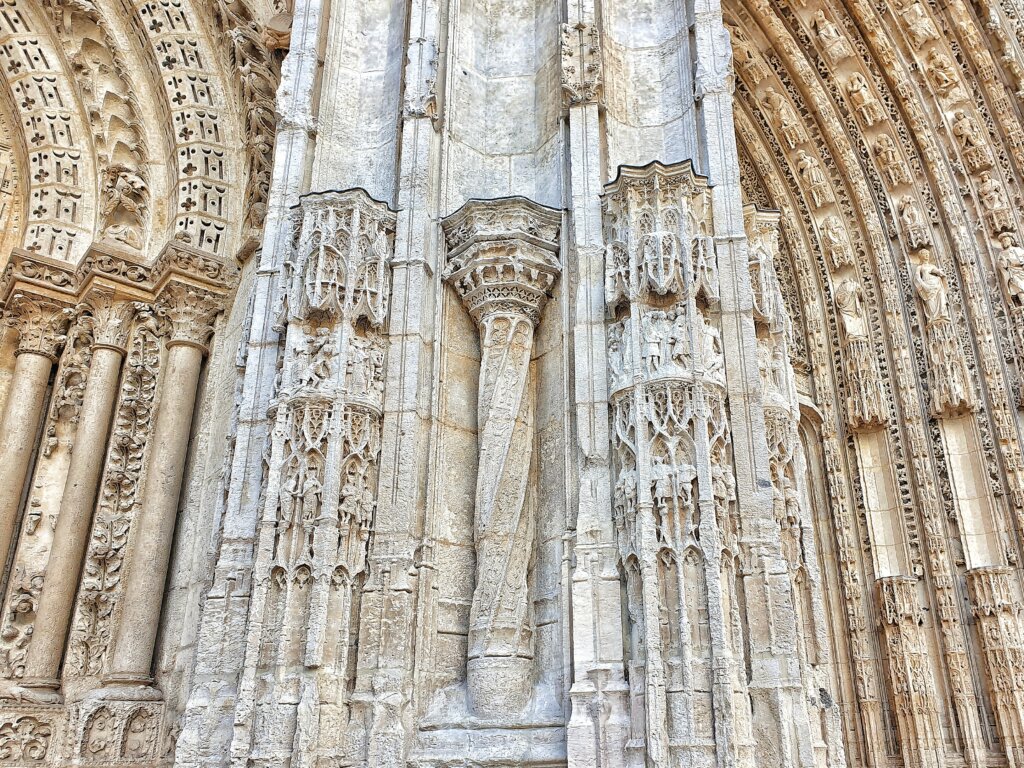 This city was involved in both wars of the 20thentury and was severely damaged.
Built in the 13th century, Amiens Nothre-Dame Cathedral is the largest church in France by volume. Miraculously, it managed to stay intact during the world wars. Nowadays, it’s an important step on the Camino de Santiago and a UNESCO World Heritage Site.

Clock Dewailly (the woman with bare breasts is the sculptor’s allegory to spring) is a bizarre sculpture which you should not miss on your way to the Cathedral. 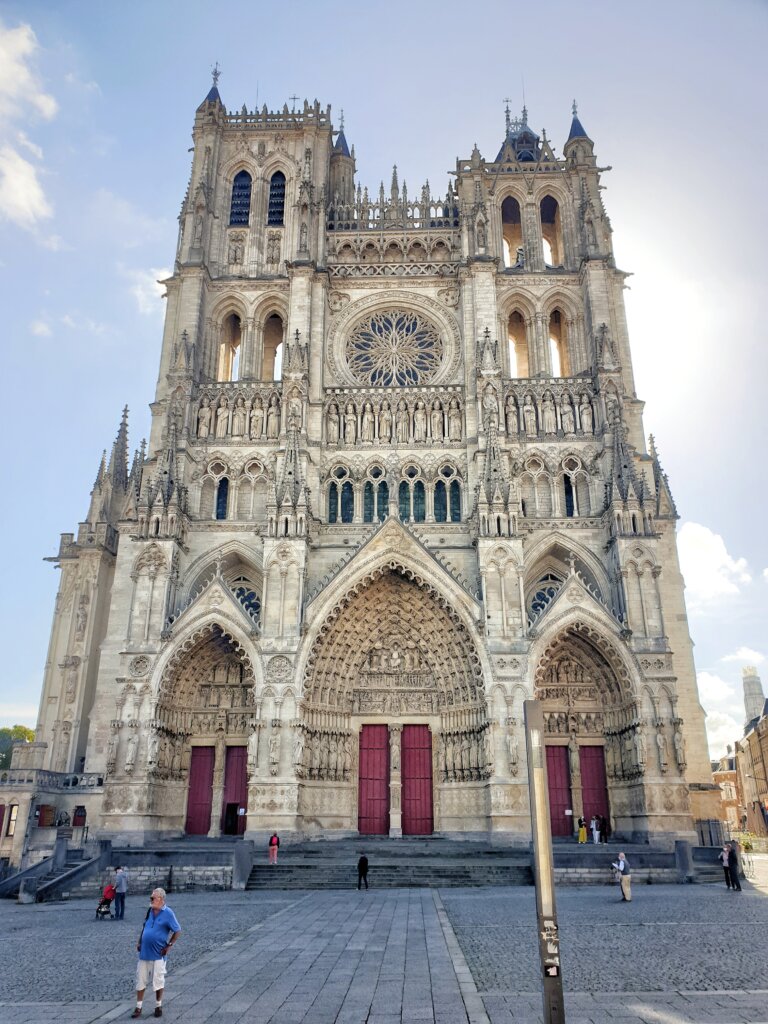 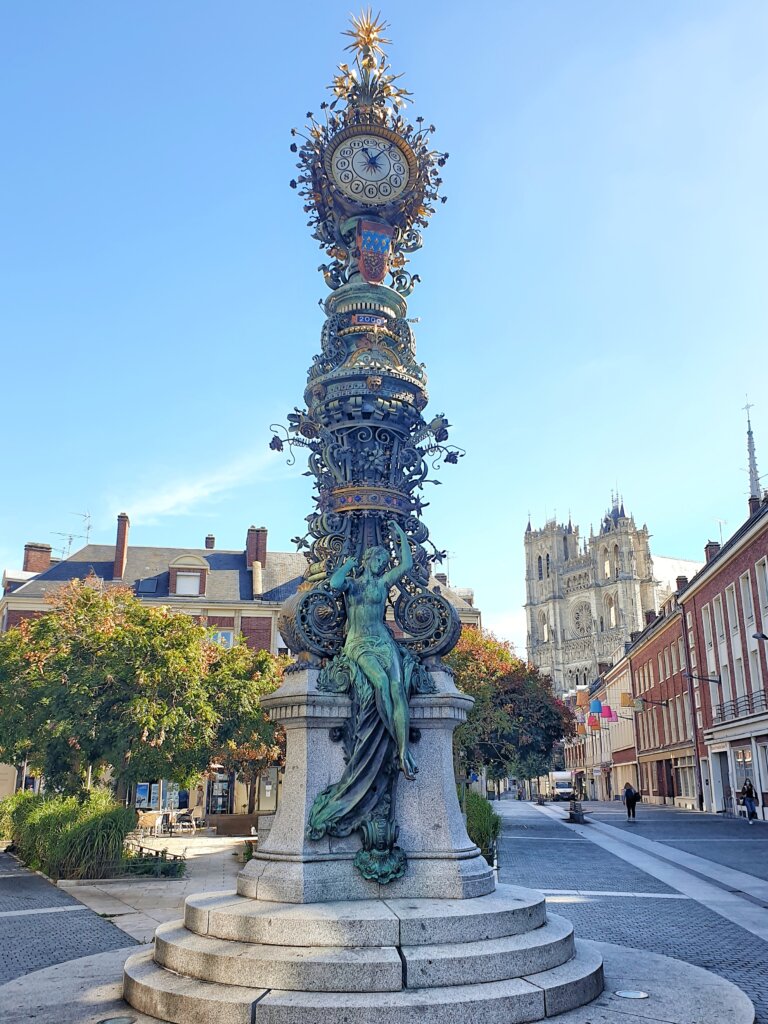 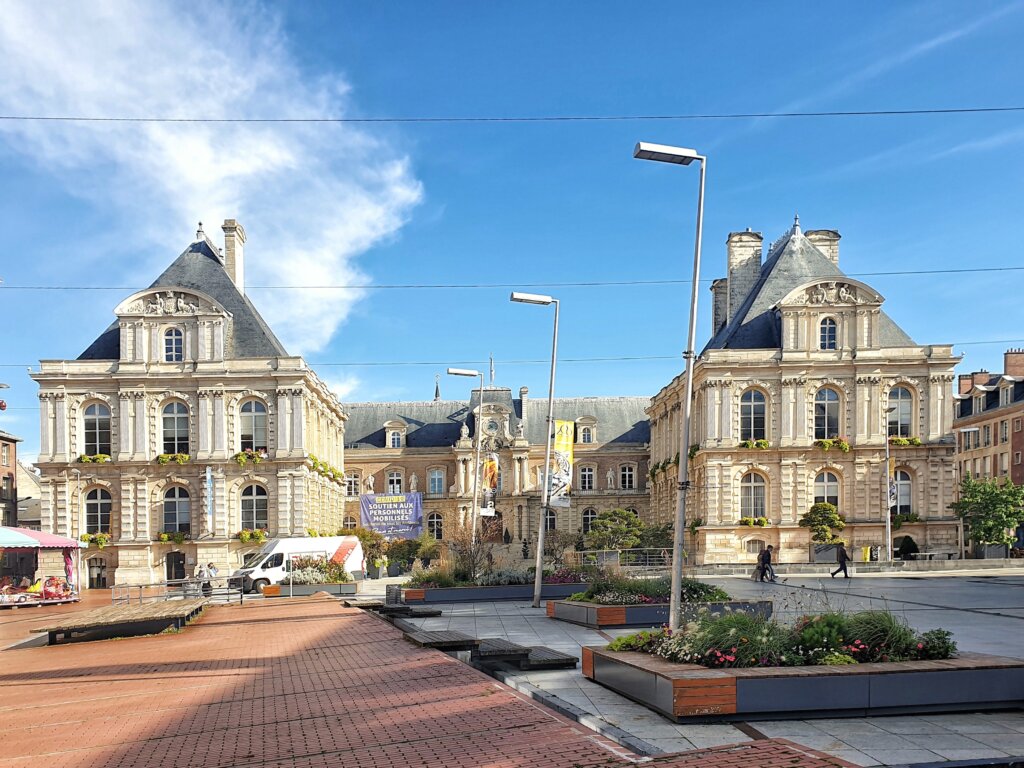 (On our way to the playground) we visited the Quarter of Saint-Leu, also called Little Venice of the North. I wouldn’t say the resemblance is high, but the bridges decorated with flowers (who waters them?) are alluring.
If we could spend more time in Amiens, we would definitely take a boat tour through the Hortillonages ( LINK ), a unique labyrinth of 65 km of channels and swimming gardens. 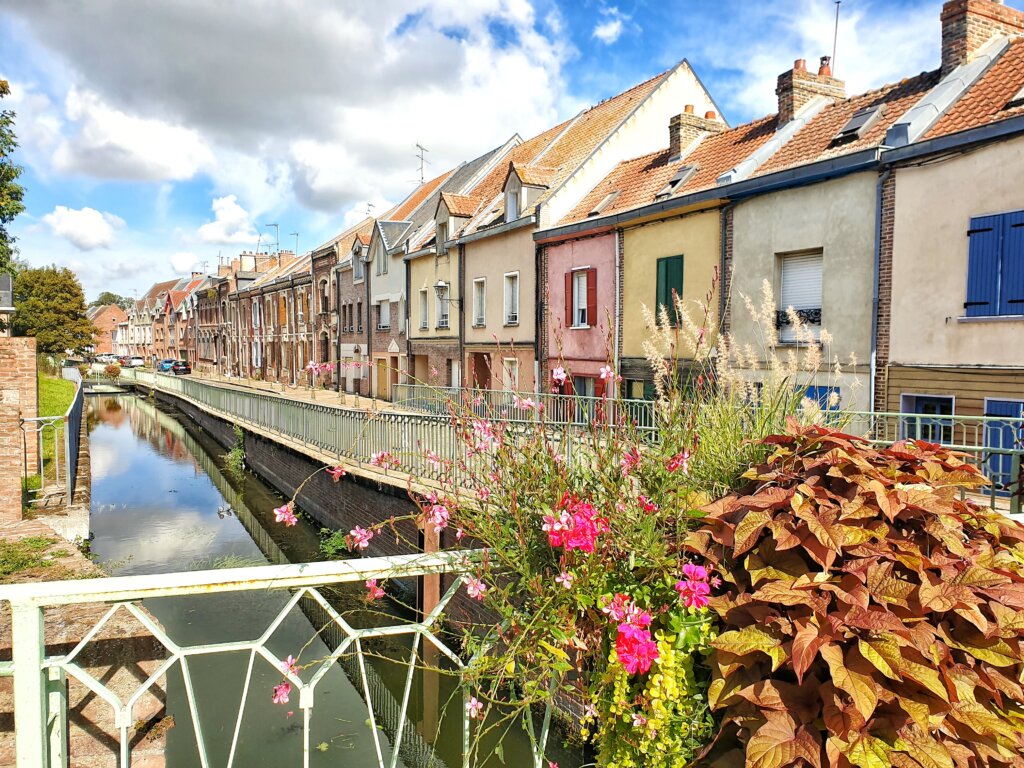 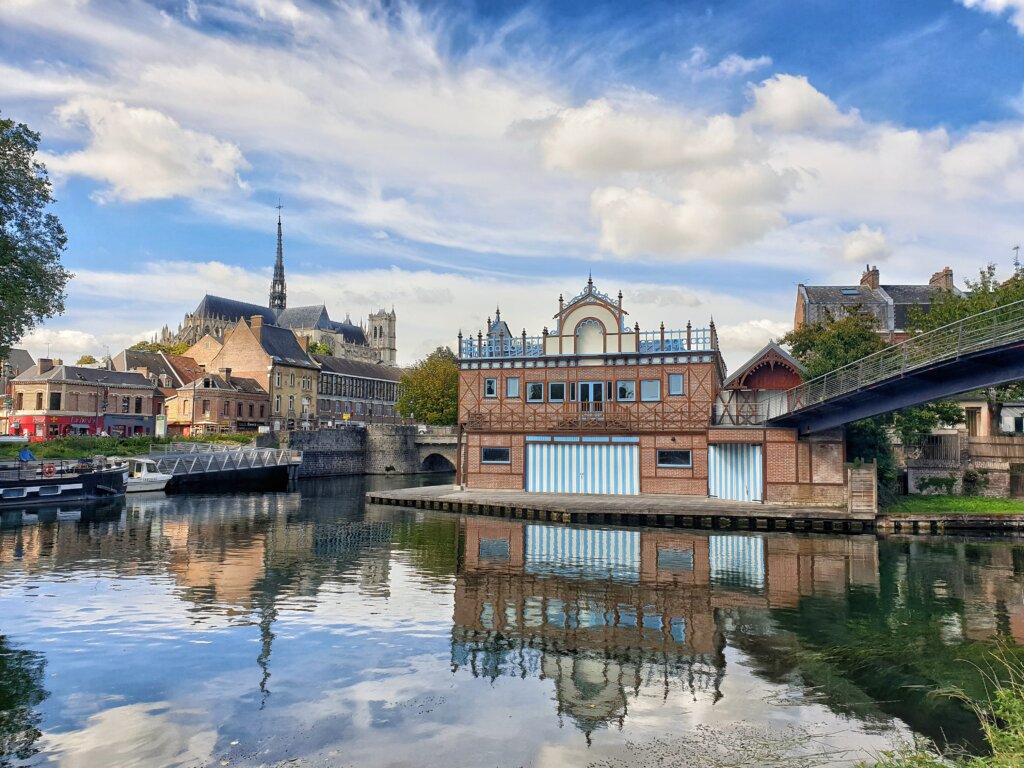