Probably, this part will be the most exciting one in the whole Myanmar series, because, really, how often do you in you travels fall for scam? This was my very first serious one: we naively got caught but luckily escaped in time. However, one piece at a time – I will start from the beginning. 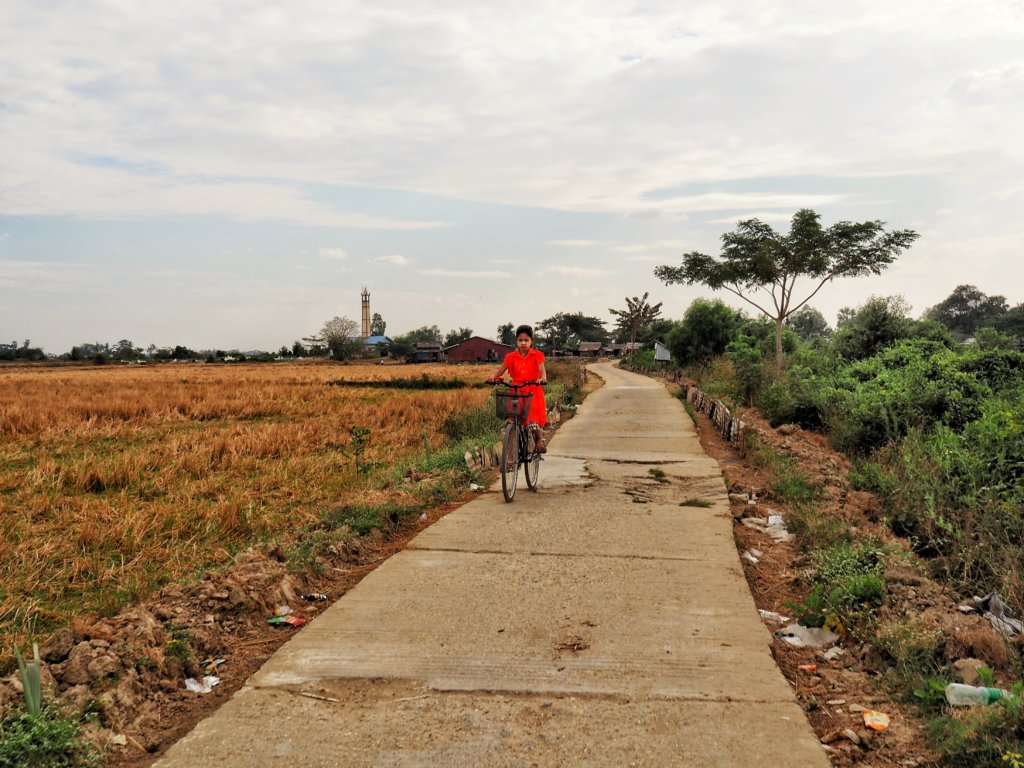 In Myanmar the tourist business is only slowly developing and one of the most common activities for locals is selling colorful postcards. A young girl approached us and suggested to buy some postcards. We traded the purchase for a photo of hers – she was wearing typical for the Burmese people sunscreen on her cheeks, what looked curious. We continued talking (her English was pretty good) and she complained that the tourists only visit the center of Yangon and never go to another bank of the river where even more authentic Burmese villages and temples are situated. As we are always gladly go to the off the beaten track places and do authentic local things, we quickly agreed and followed the girl to the ferry to go to the other part of the city. 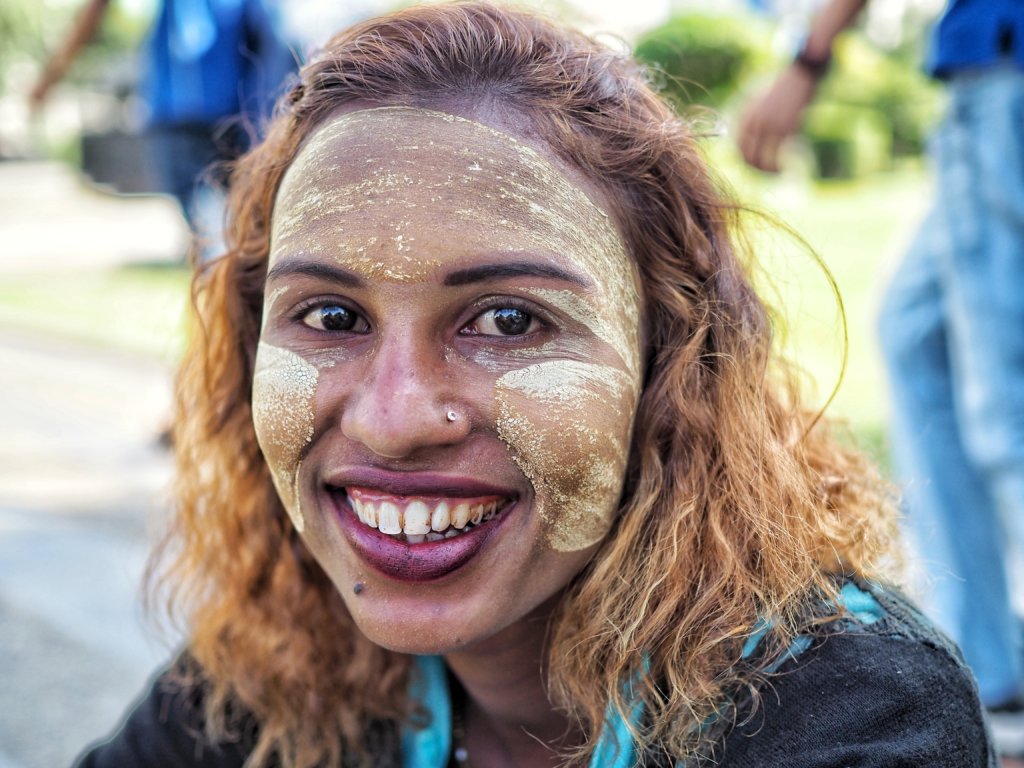 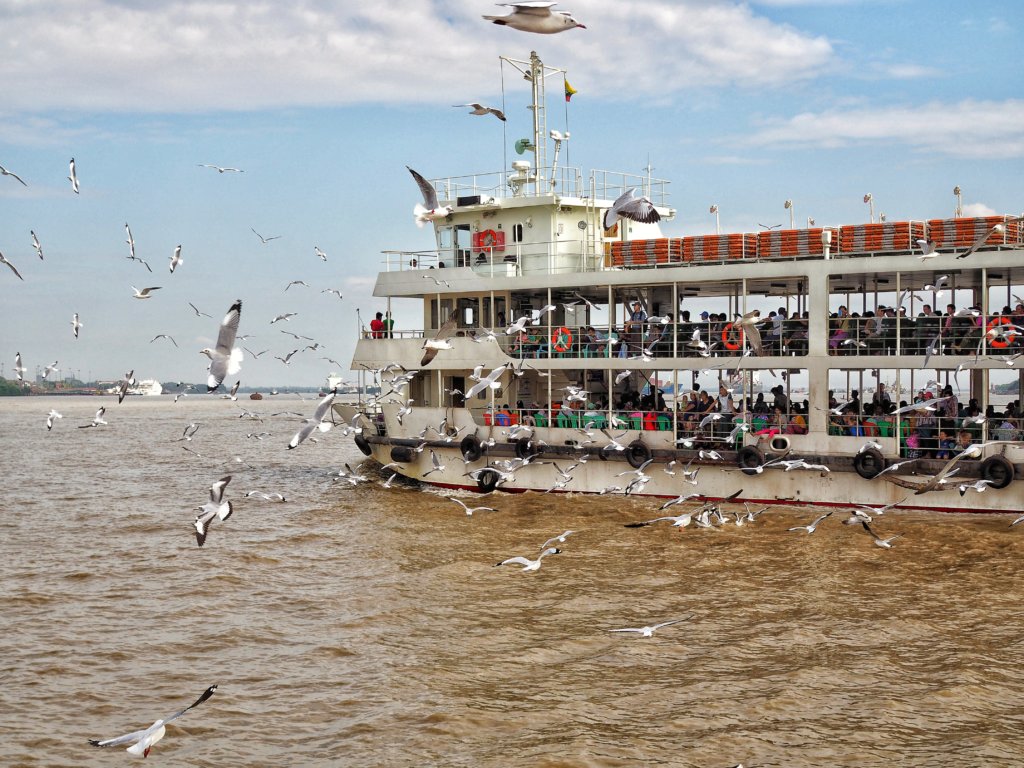 The one-way ferry from Pansodan to Dalla costs 2000 kyats for tourists and 100 kyats for locals. The ride takes about 30 minutes. On the ferry, several little boys insistently sell seagull food for 100 kyats. Older people sell eggs, fruit and some other stuff. 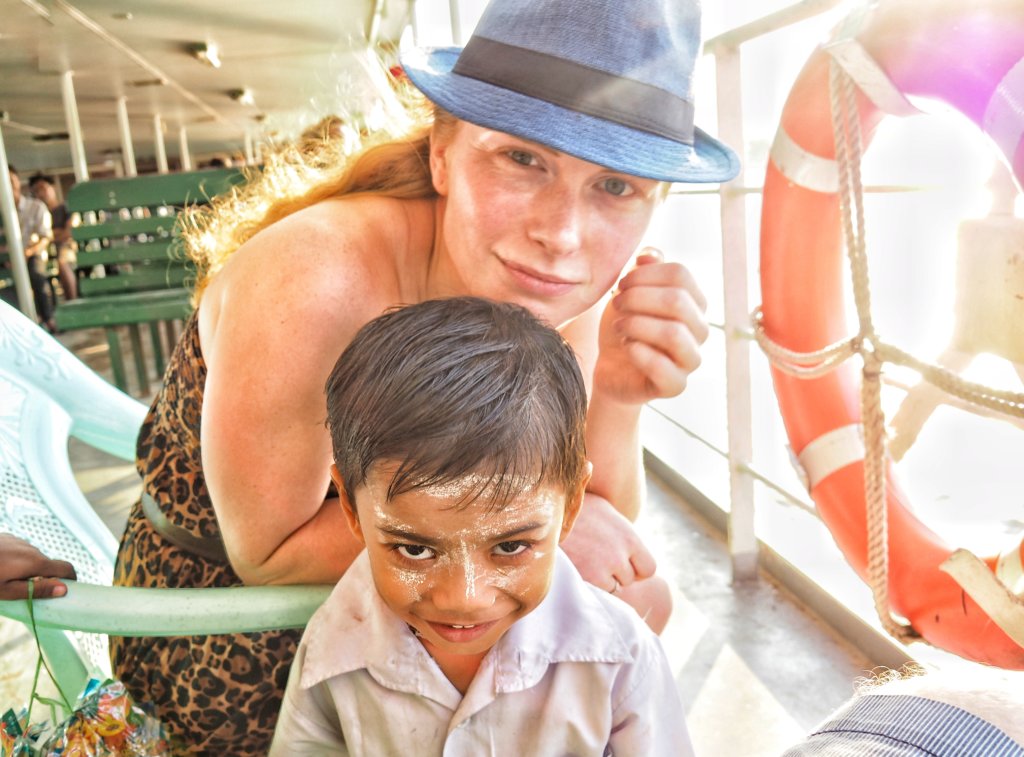 At arrival, the girl informed us matter-of-factly that we were going to take trishaws, one per person and that it will cost us 10000 – 12000 kyats for one-hour ride. On the bikes we would have seen the Fishermen, the Bamboo and the Tsunami villages. We would have paid for her trishaw as well, by the way. At the same time, we have seen how locals were riding one trishaw three or even four persons at a time. When we asked if we can have only one, she refused to negotiate as according to her, “tourists were not allowed to drive more than one person on a trishaw because it is not safe”. So, we refused to take three trishaws and insisted on walking by foot even if we could see less than on a ride.

While we were walking, three trishaws were following us, loudly discussing our denial to follow their “rules” and trying to persuade us otherwise. Finally, we negotiated a price of 5000 one way with one trishaw for all three of us. The girl was angry. Other two drivers as well. We, in opposite, felt lucky and stuck to our offer. Finally, they surrendered.

We were driving through the villages and one can say this is what you expect to see in a rural area! Shabby houses, very simply dressed but smiling children, surroundings far from the western civilization we are so used to in our daily routine… 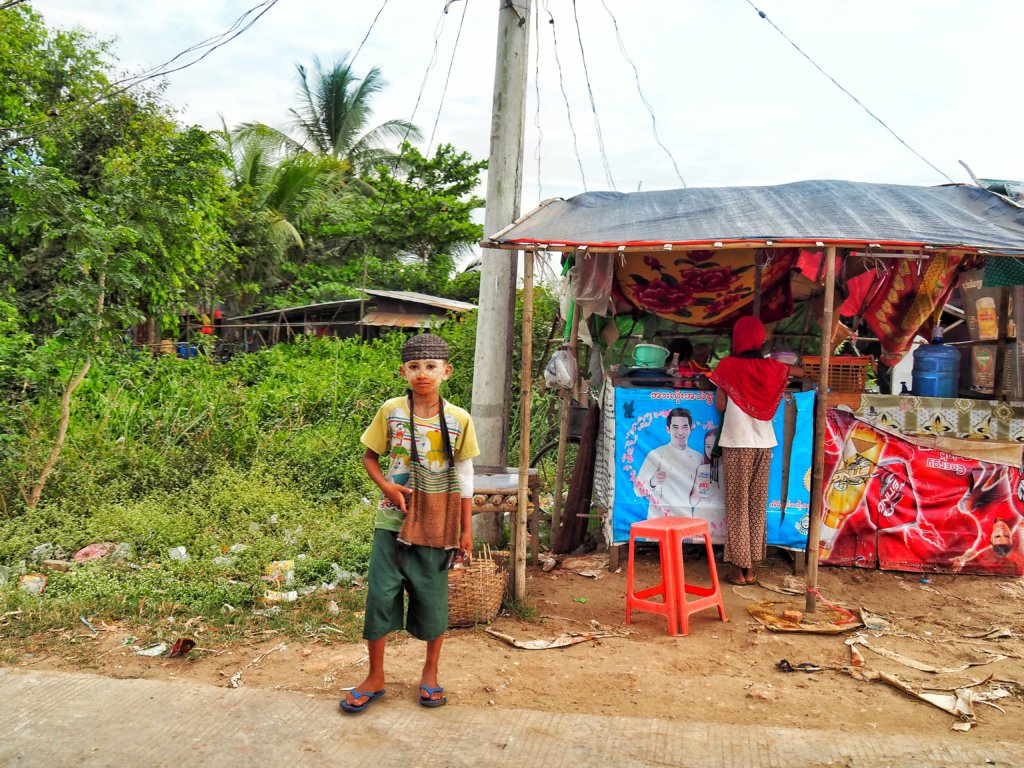 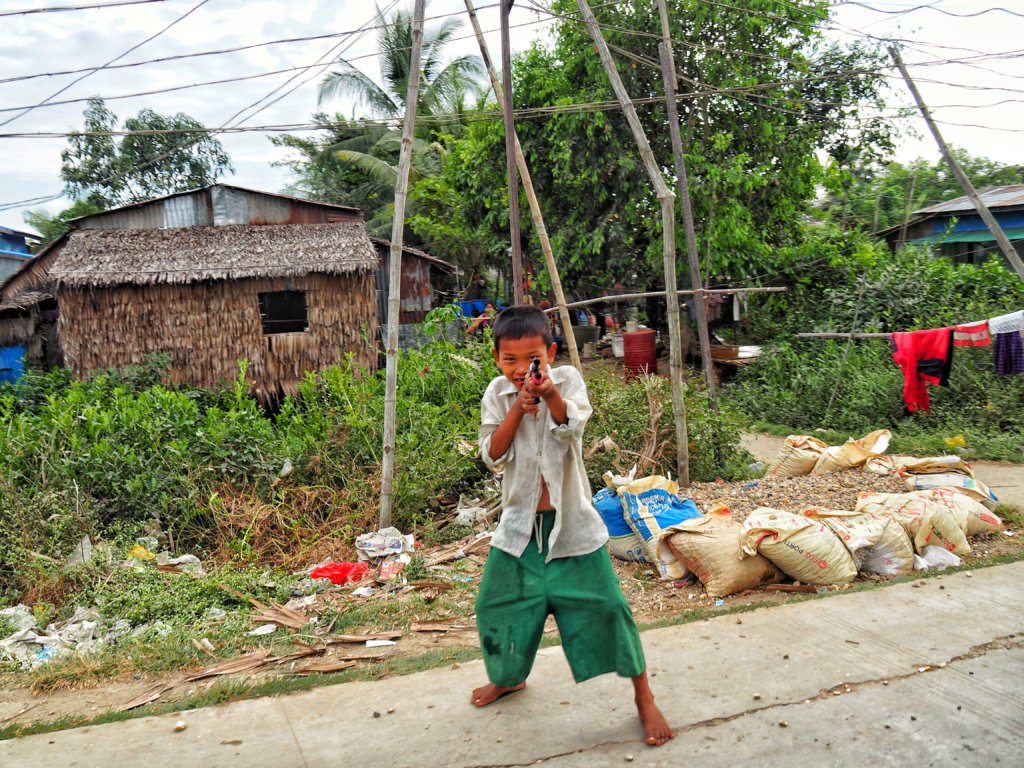 At some point, the girl turned to us with a beaming smile and said that there are good ways to help locals: we could buy a big sack of rice and present it to them. Then she added looking at us with big eyes “but of course you are not obliged to buy it if you don’t want to help the poor villagers”. We agreed and let the trishaw bring us to the local “shop”, more of a garage, where only rice was sold. And then the price was named: 55000 kyats for 10 or 20 kg of rice. If we have bought it, we would have left it in this garage, as supposedly some specially assigned people collect rice every morning and distribute it within the local families. 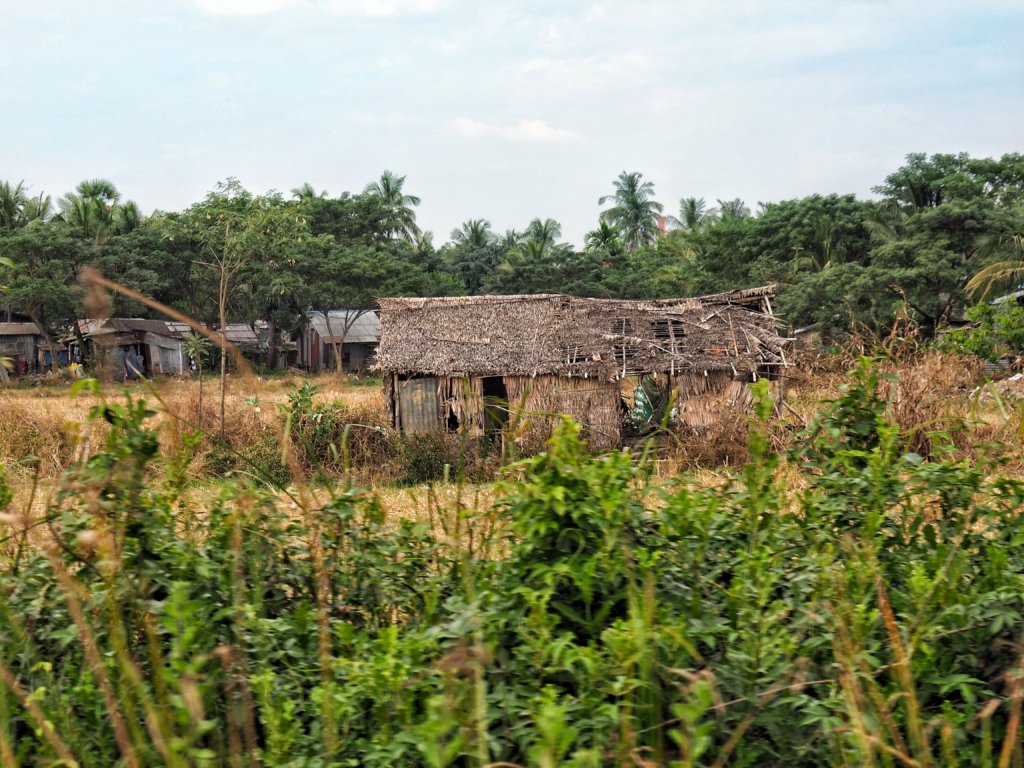 We started pondering: the price was two or three times more expensive than in Germany. We didn’t even hat so much money in cash with us. The girl said this was no problem, they could drive us to the next ATM and back. That all was indeed very suspicious, so we started pondering and hard thinking what to do. On one hand, we wanted to do something for the locals, but on another hand, something stunk here. It just cannot be that a sack of rice costs so much in a country where it is grown.

We decided to take some time off from the girl, the trishaw and the pressure of the whole rice shop business and to go to the nearby fields to decide in peace what to do. The girl was very reluctant to let us go, but we insisted. Confused, we sat on the ground and googled the matter (at that moment we were very lucky that we have bought a local sim-card) Indeed, this was a famous scam. At the Internet, our story was described one to one by other tourists. However, some of the stories didn’t end well: once the trishaws even forced one tourist to the ATM to extract more money than it was agreed on initially. 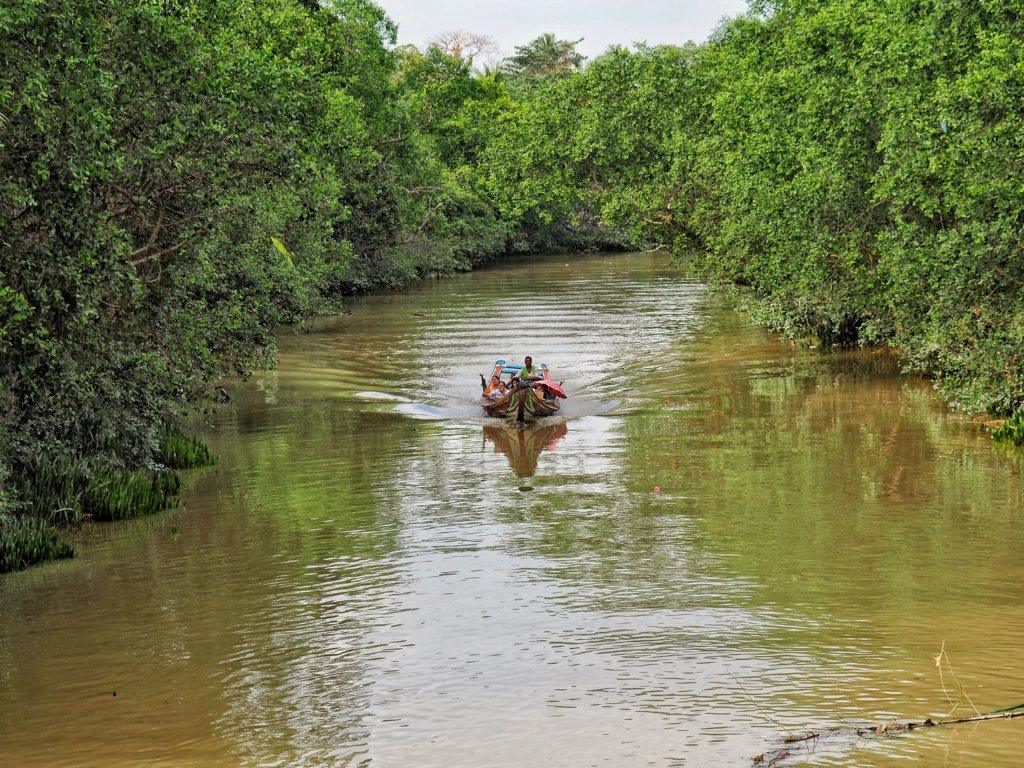 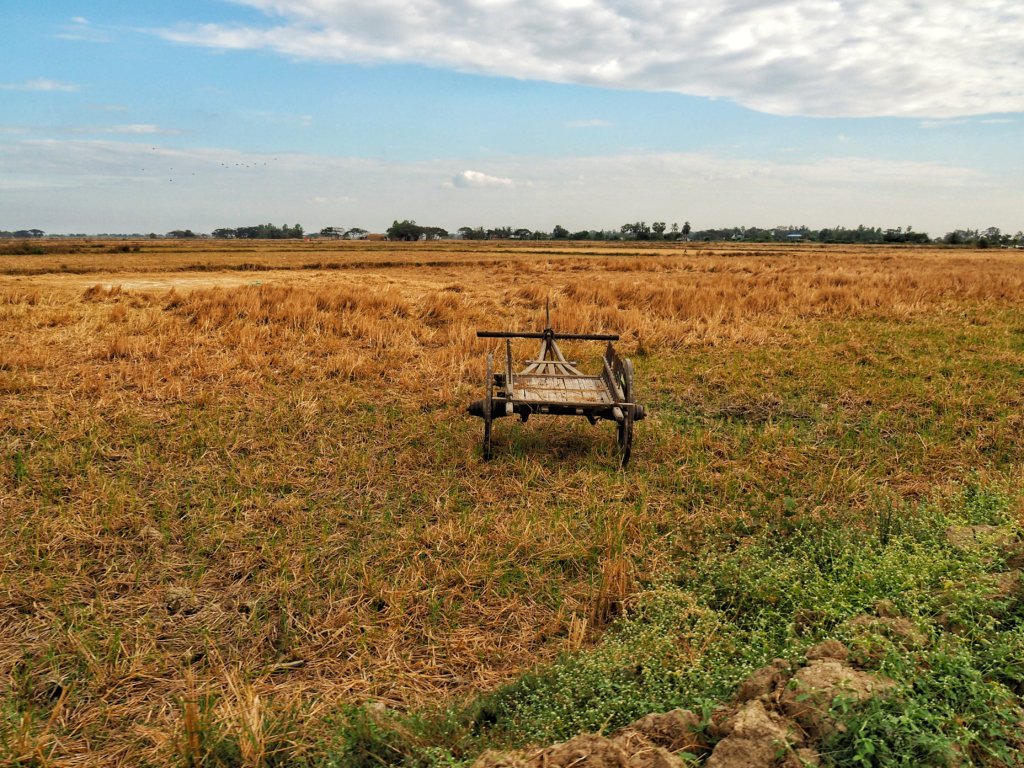 Shaken by this revelation, we had no other choice but to end this game. We gave the driver 5000 kyats (the deal is a deal) and said we would walk back. The girl was visibly greatly disappointed: she made only couple of steps with us and then said she would go home. The driver was obviously waiting for her.

Still digesting the whole situation, we went back to the ferry by foot – it took us about 30 minutes. In fact, we could have bought this rice and pay to the trishaws – in total, it was not cheap, but we can afford so much more in life then they can, why not to support the developing countries. However, we were just disappointed by their lies and didn’t want to support the fact that they tried to trick us. 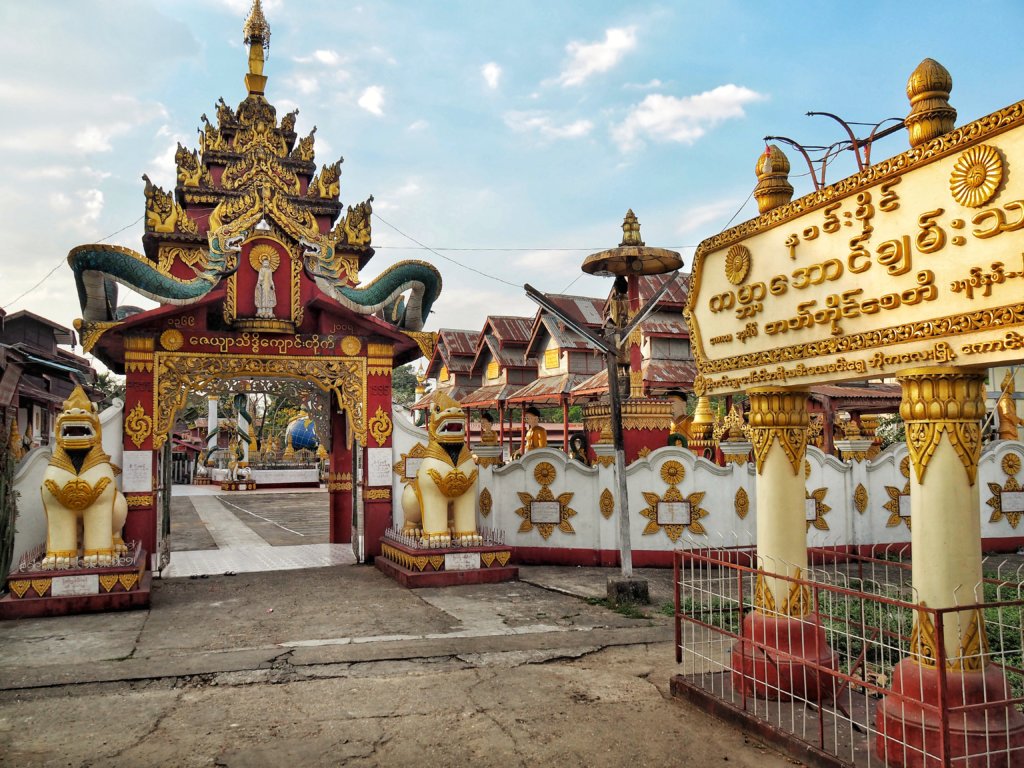 On the way back to the ferry, we came up with an idea for the next trip to Dalla, if it supposes to happen one day: we could go to the local schools (we have seen at least one on our way) and ask what stuff do they need for teaching and buy it. Unfortunately, this time we didn’t plan enough time to be able to travel to the city and back: we had to catch an overnight bus to Bagan. 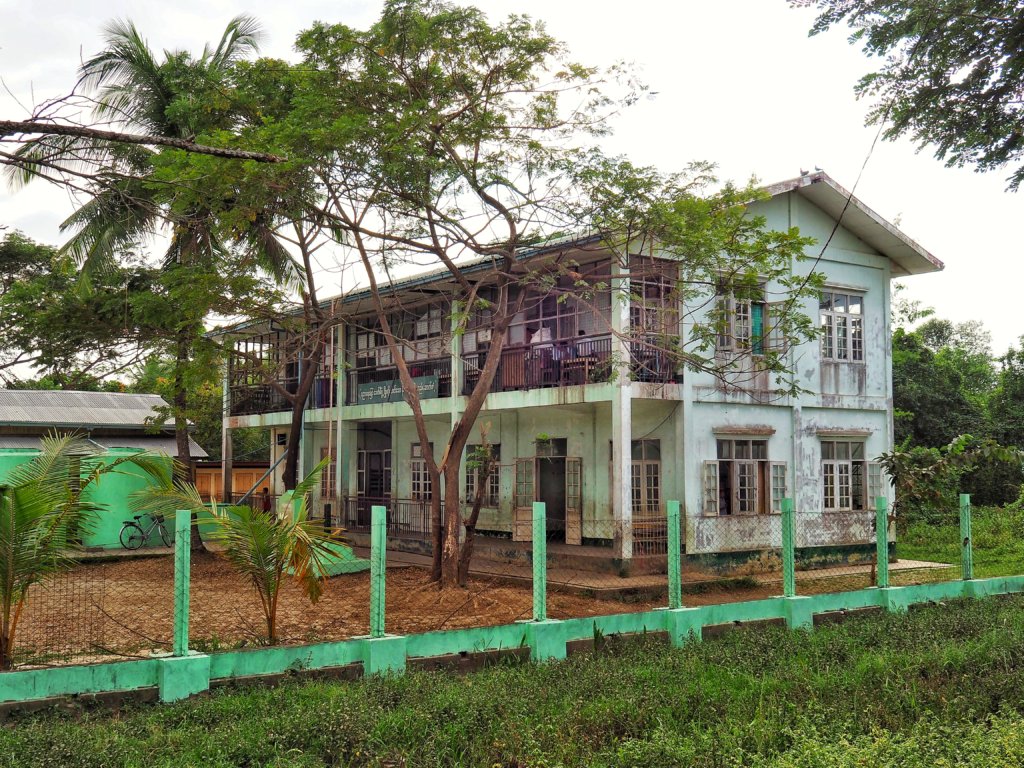 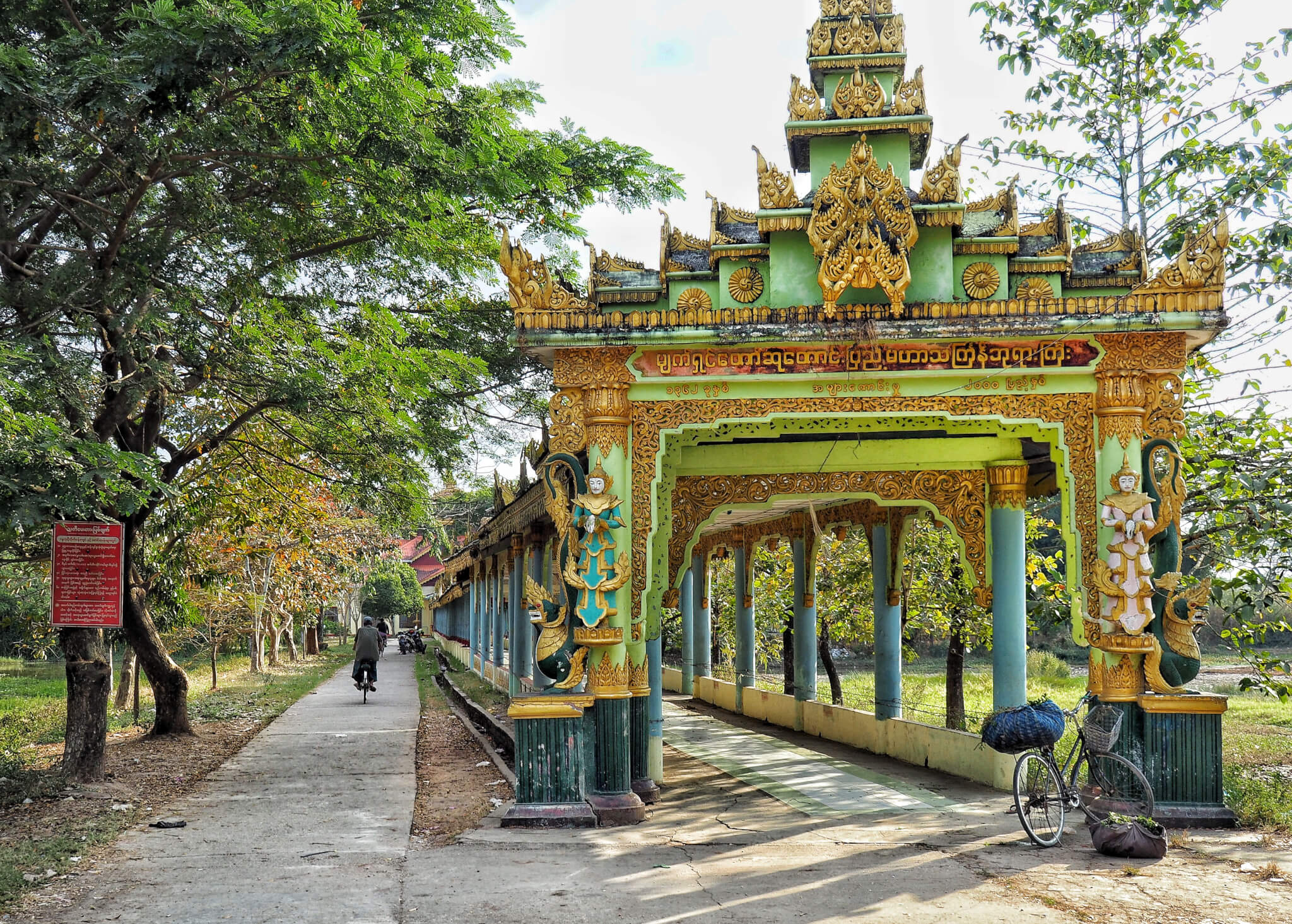 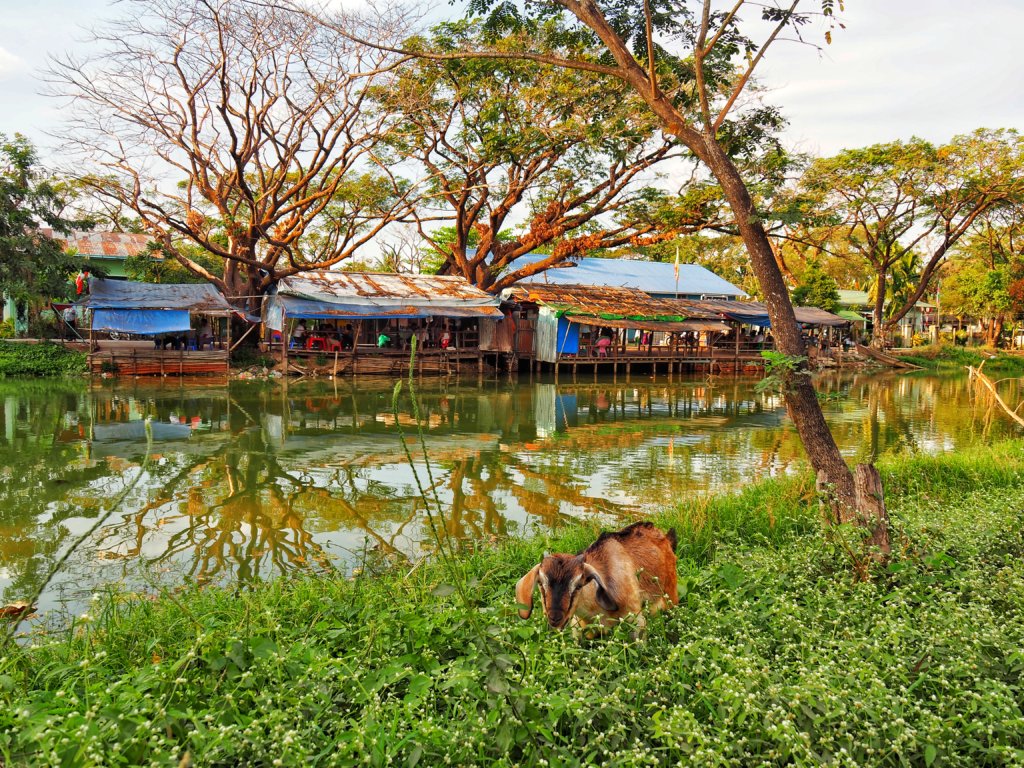