The pearl of the Black Sea

Odessa, sometimes also called the “pearl of the Black Sea” and “Southern Palmyra” is a major tourism center, seaport and transport hub located on the northwestern shore of the Black Sea. Once, Odessa was a Greek, Tatar, Russian city. Now, with its a bit more than 1 million inhabitants, Odessa is the third biggest city in Ukraine. Odessa’s rich history explains why its historical architecture has a style more Mediterranean than Russian, having been heavily influenced by French and Italian styles. 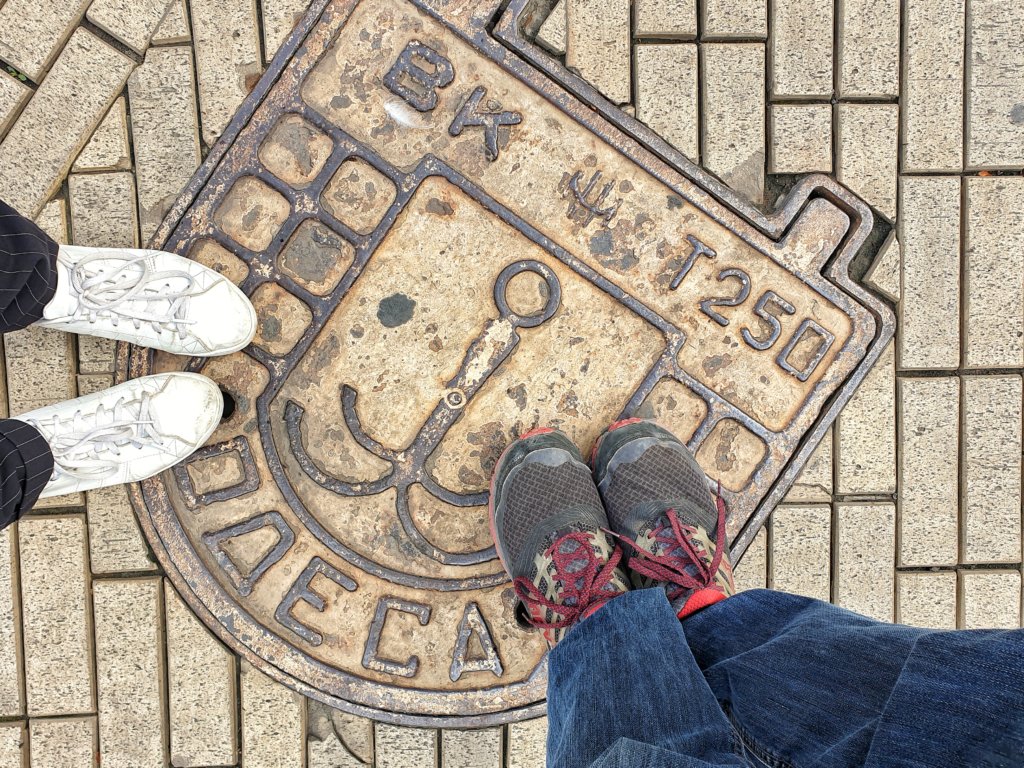 Due to its advantageous location at the Black Sea for leisure and trade, after Odessa was taken over by the Russian Empire, it had become a large, thriving city and in the mid-19th century Odessa became a resort town for the Russian upper class. 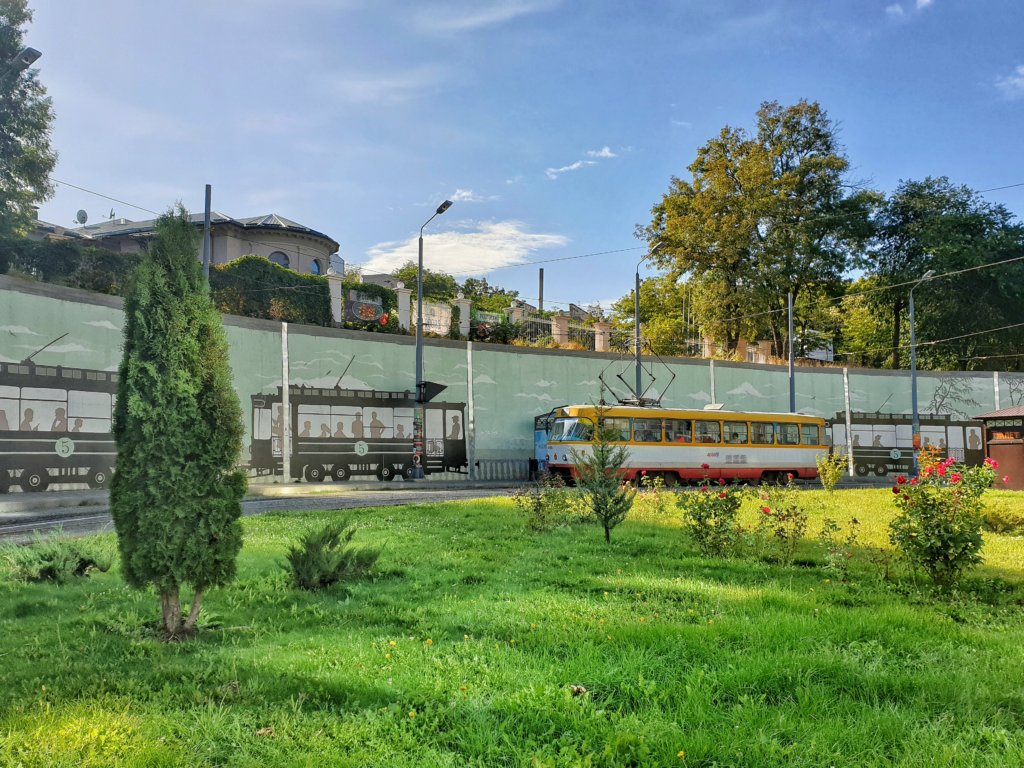 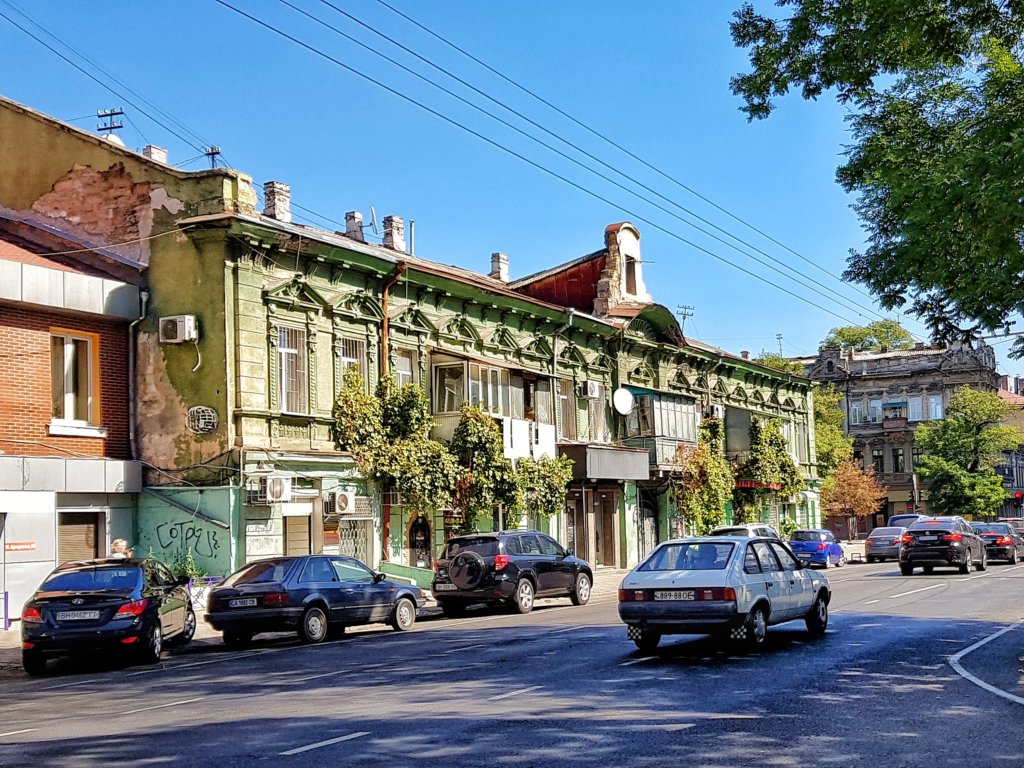 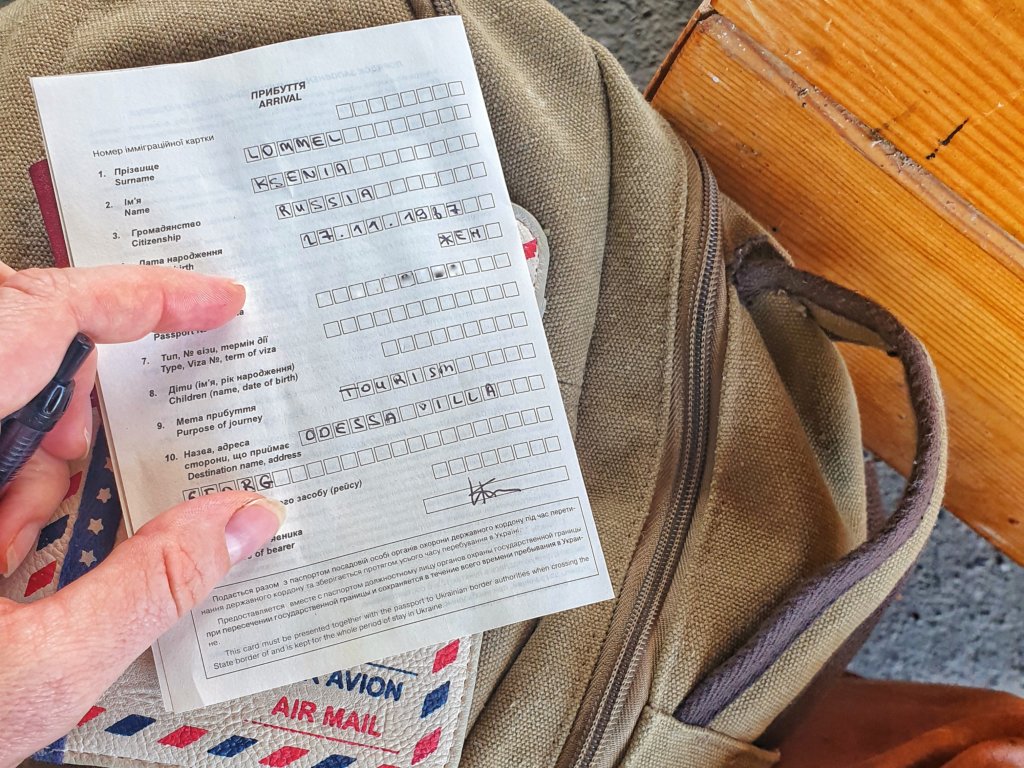 We crossed the border twice: from Moldova (Transdnistria) to Ukraine over Pervomaisk-Kuchurhan border crossing by public means of transport and back on a train. The later is much easier and quicker, it took about 20 minutes for the border guards to check our passports. When crossing the border by public means of transport, you have to change about 2-3 local buses or taxi, walk between the borders and face some paperwork (it took longer to proceed with paper formalities for me as holder of a Russian passport than for my husband, he is German). In total, we spent about half-day for the border crossing (and getting from the hotel in Tiraspol to the hotel in Odessa). We also met some people who were travelling by car and claimed to spend 4 hours at the border waiting, so think twice how do you want to travel to/from Ukraine. 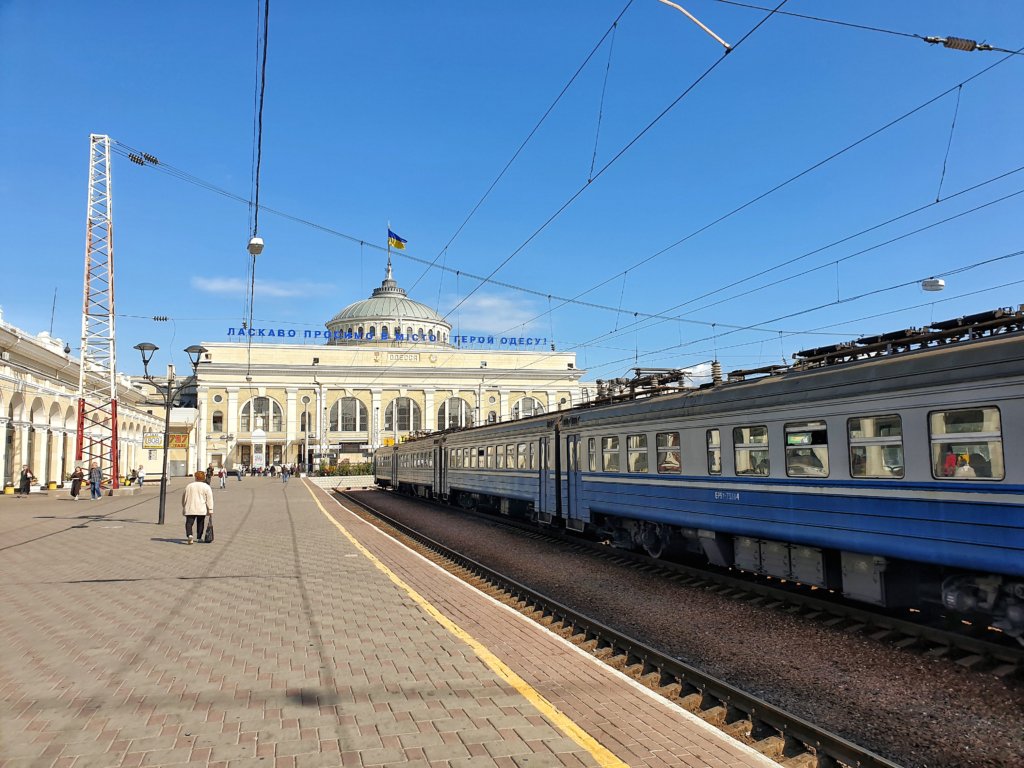 What to see in Odessa

I would recommend you to start your sightseeing tour in Odessa with the City Garden located in the beginning of the Deriybasovskaya Street which is the oldest park in the city featuring a pavilion, music fountain, and some cafes.

In the city center you should not miss the Odessa Passage, a beautiful monumental hotel building which inner yard is open for tourists and includes souvenirs shops, cafes, barbers and an antiquity shop. 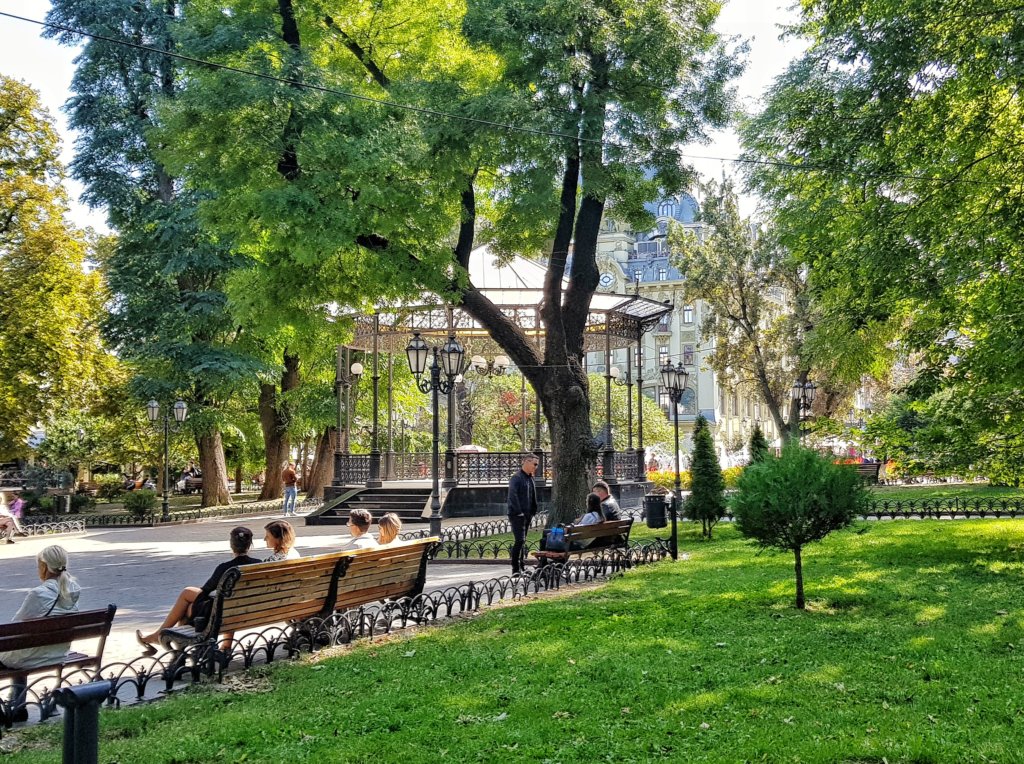 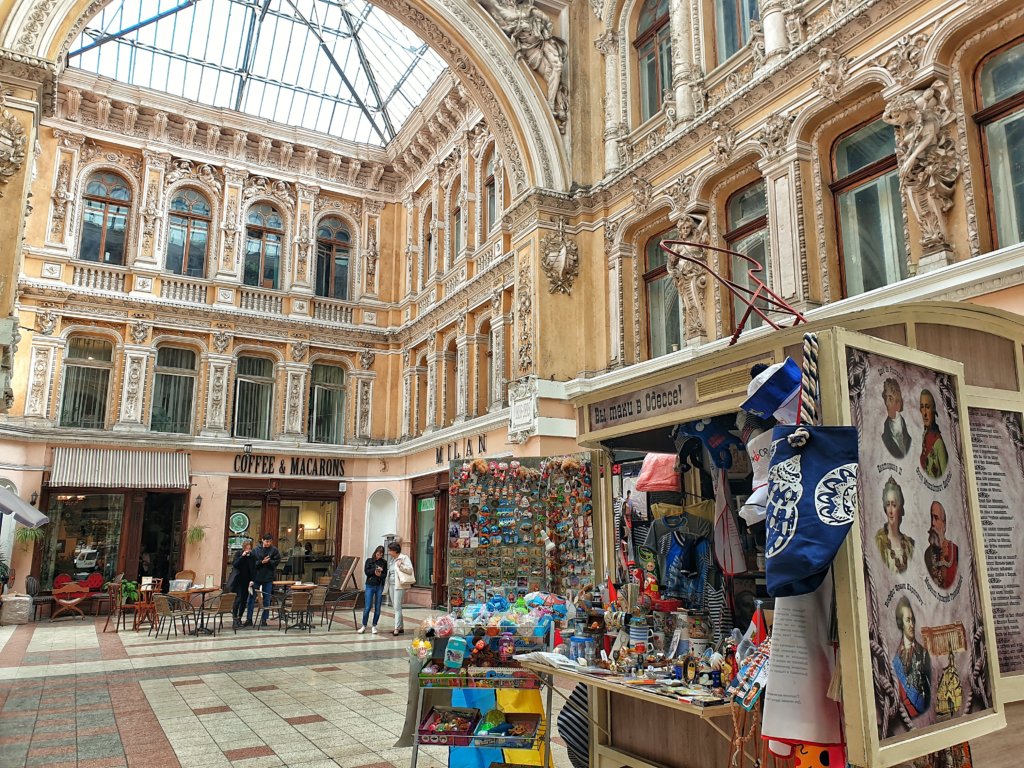 Further you can proceed to the Cathedral Square with its central orthodox church Transfiguration (Spaso-Preobrazhensky) Cathedral, a monument to Prince Vorontsov and a souvenir market. 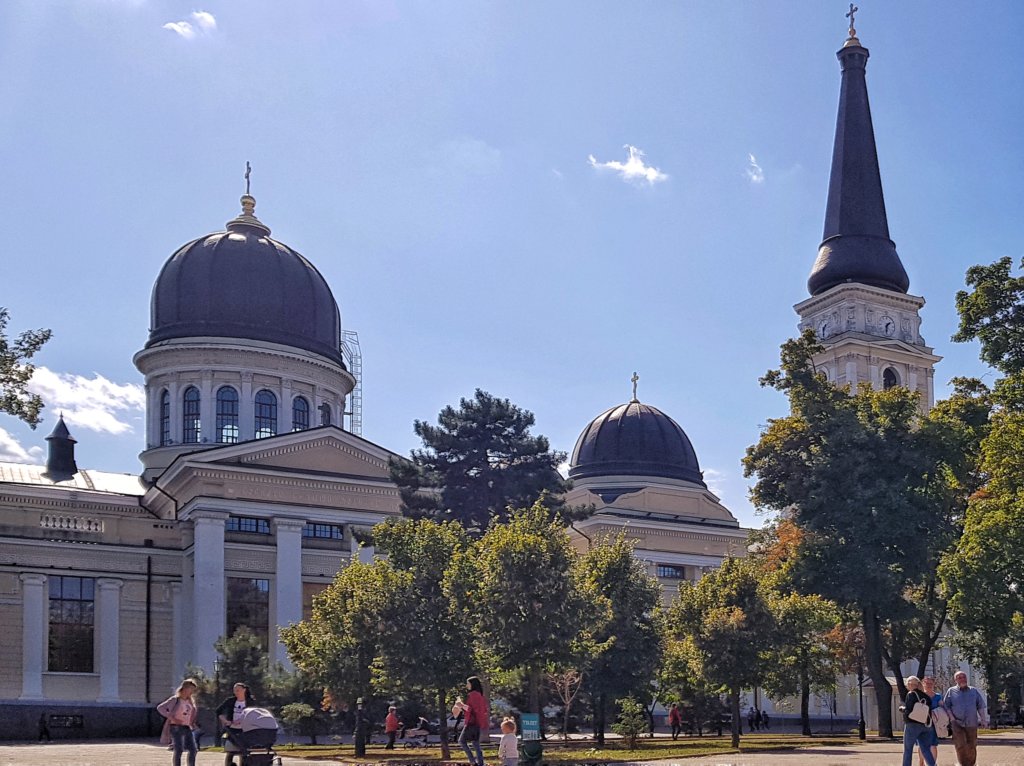 Follow to the Deriybasovskaya Street, the main street of Odessa, that everyone should see. A half of Deribasovskaya is a pedestrian zone. This street is a perfect place for having your morning coffee or fine dining or just taking a walk and getting a feel for the city’s vibes. Locals like to promenade up and down the street in the evening, dressed in their best clothes and often walking a toy dog on a leash. Along the street, you will also find a statue of one of the “12 chairs” (those who was raised in the Post-Soviet countries will instantly remember the famous satirical novel of Ilf and Petrov “The Twelve Chairs”). 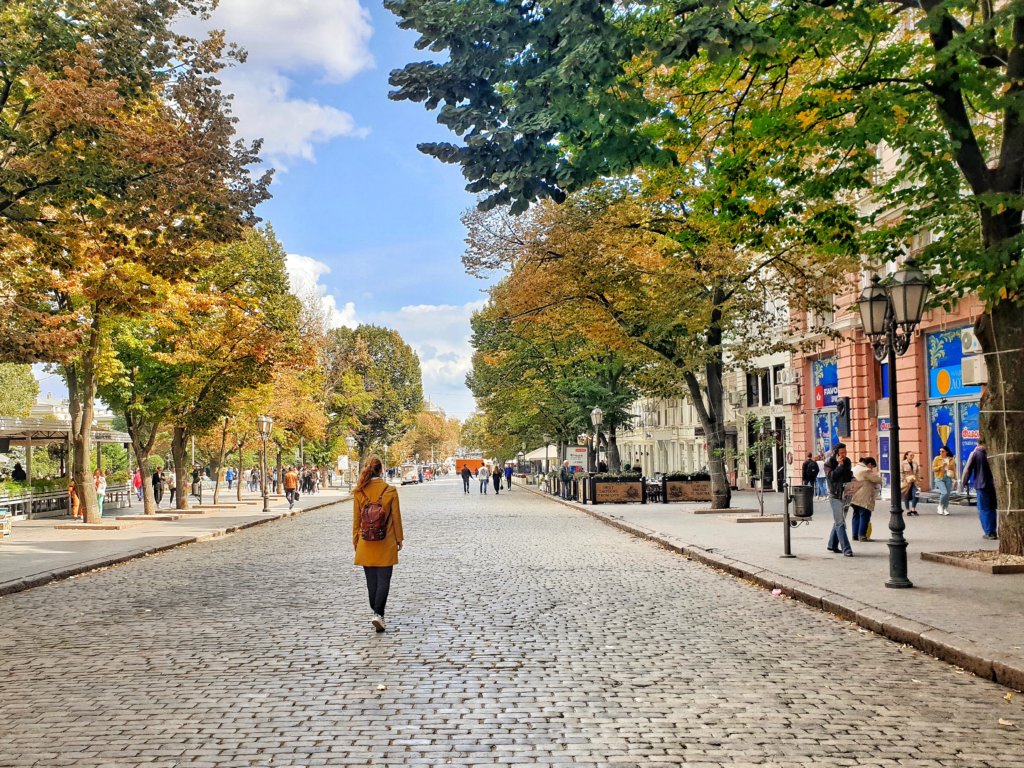 The Odessa Opera house (Odessa National Academic Theater of Opera and Ballet) with a picturesque fountain in front of it is the second largest opera building in the world after La Scala in Milan. 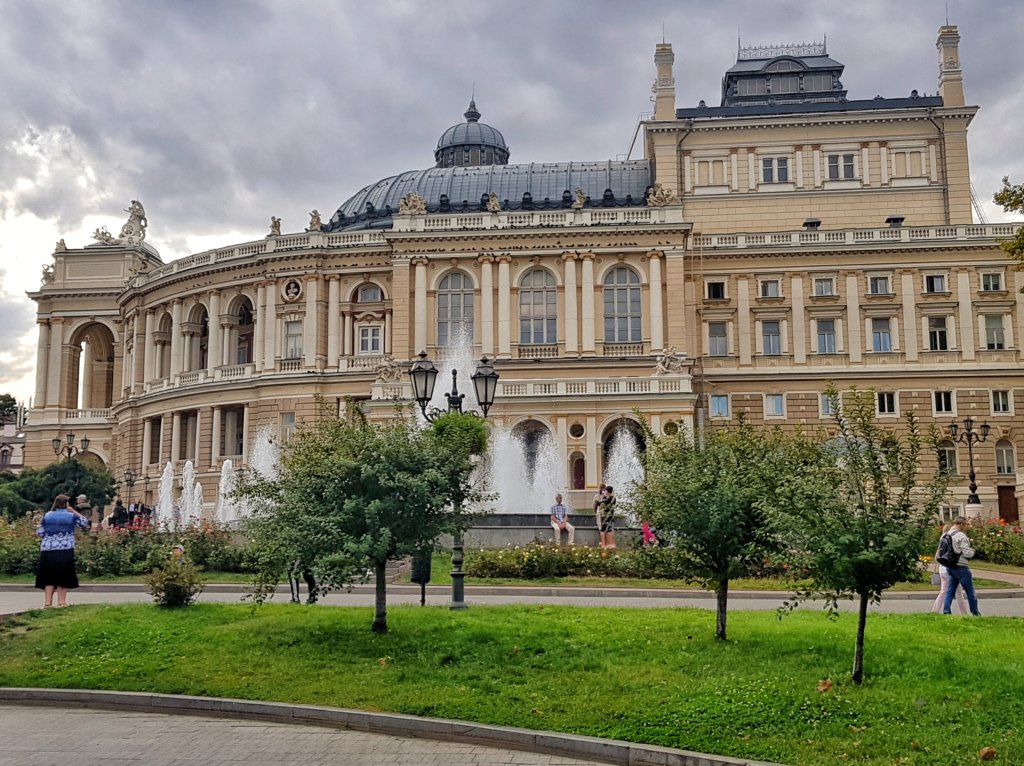 Prymorskyi Boulevard stretches from to the Opera House to top of the Potemkin Stairs. It is lined with trees and includes some beautiful 19th century architecture. 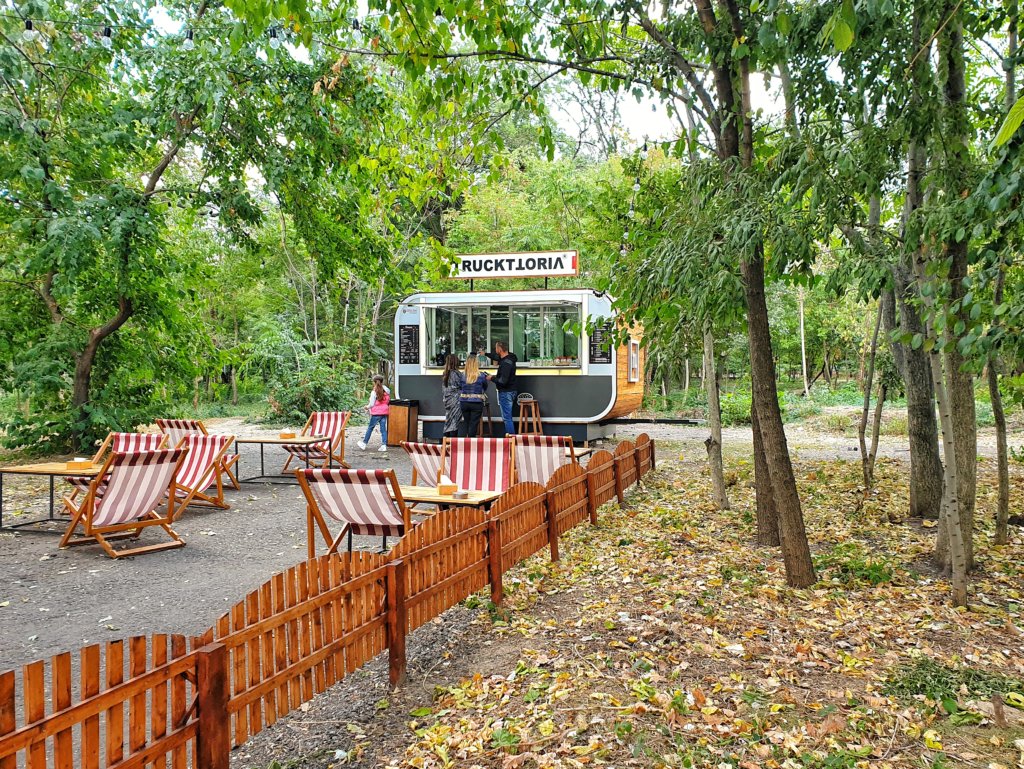 The Potemkin Stairs is the most well known image of Odessa and the symbol of the city. It was opened in 1841 and consists of 192 steps symbolically representing an entrance to the city from the sea. They were designed to give an optical illusion – when you look from the top you can’t really see the stairs itself but when you look from the bottom you only see stairs. If you’re too lazy to climb the stairs to the top, you can take a funicular on the left side of the stairs to ascend the slope.

If you want to know more about the places to visit in Odessa, I found this page very informative: https://leodessa.com/things-to-do-in-odessa/ 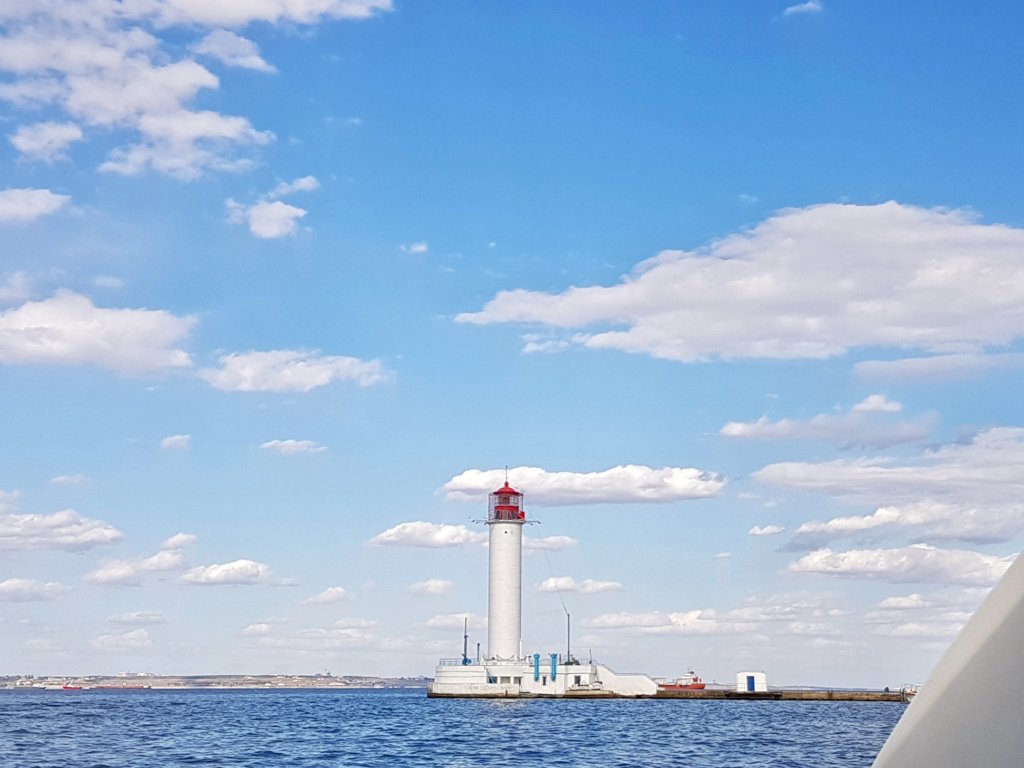 What to do in Odessa

To take a boat tour in a city-port is classics, I would say. We liked our 2-tour with a small boat featuring a number of very steep turns going along the sea shore and showing us the famous Odessa beaches. The price was about 300 griwna (around 11 EUR) per person.

With a wide network of tunnels underneath it, Odessa was historically a haven for smugglers. You can learn more about illegal trade once thriving in Odessa in the Museum of smuggling (Muzey Kontrabandy, Katerynyns’ka St, 6, Odesa, Odessa Oblast, Ukraine, 65000). The museum exhibits around 150 items of confiscated goods (for example, shoes or porcelain sets with drugs inside and a car door fully stuffed with cigarette packs and illustrations of the ways of their illegal importation). The entrance fee is 90 griwna pp and includes a guided tour in Russian. 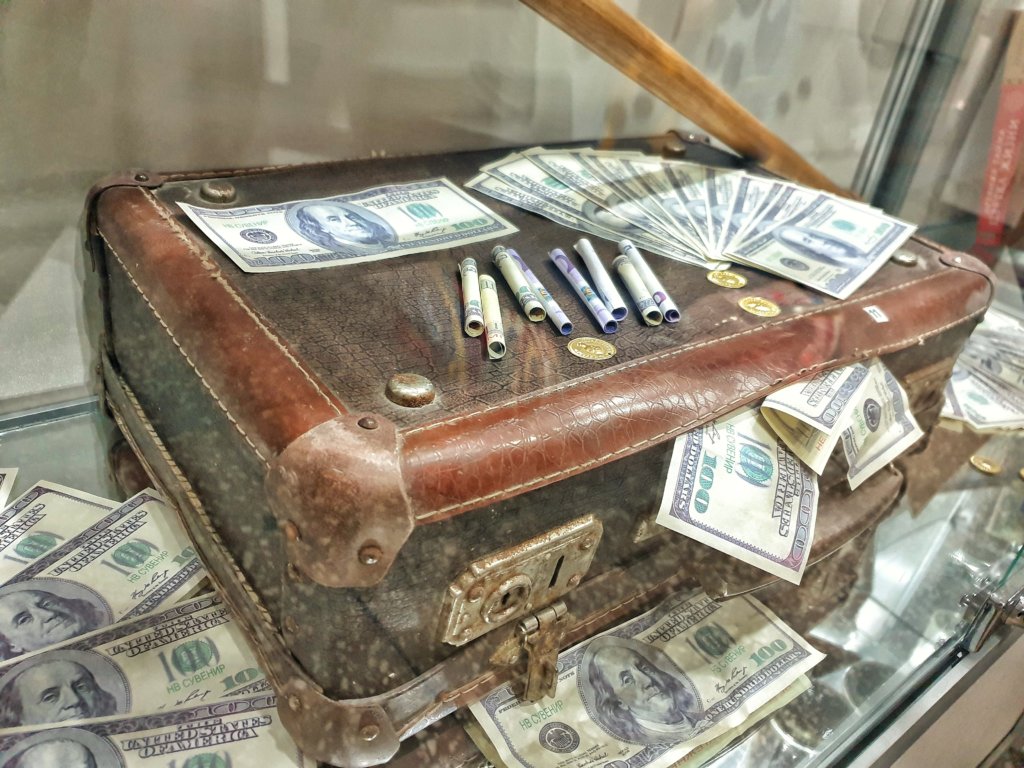 Odessa is famous for up to 3000 km of tunnels underneath it. They were formed from the mining of limestone but also used for smuggling, and for partisans to hide during the occupation of Odessa in the 2nd World War. You can visit the catacombs and learn more about the history of the city on various guided tours.

If you visit Odessa in summer or in the beginning of September, you can still enjoy a dip into the mildly cold water of the Black Sea. The city has a row of beaches: Langeron, Otrada and Arkadia Beach. Arkadia Beach is Odessa’s version of Ibiza featuring several big clubs, an aquapark and various shops, bars and restaurants. Unfortunately, by the middle of September the season was already almost over and not so much was going in this party zone. 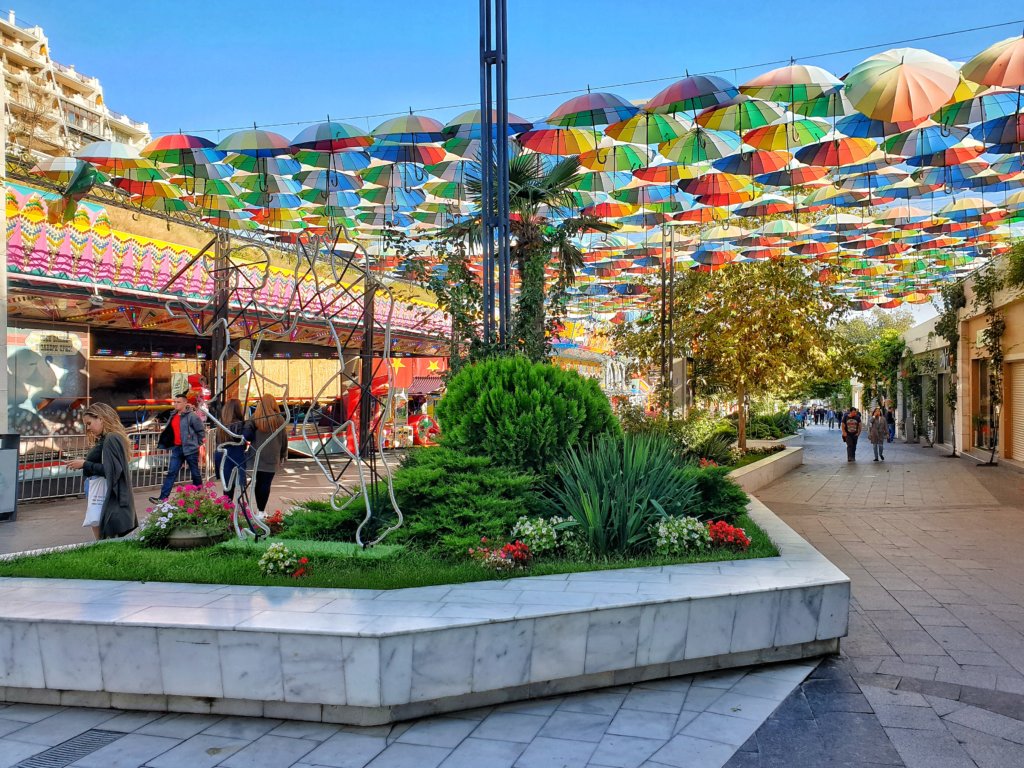 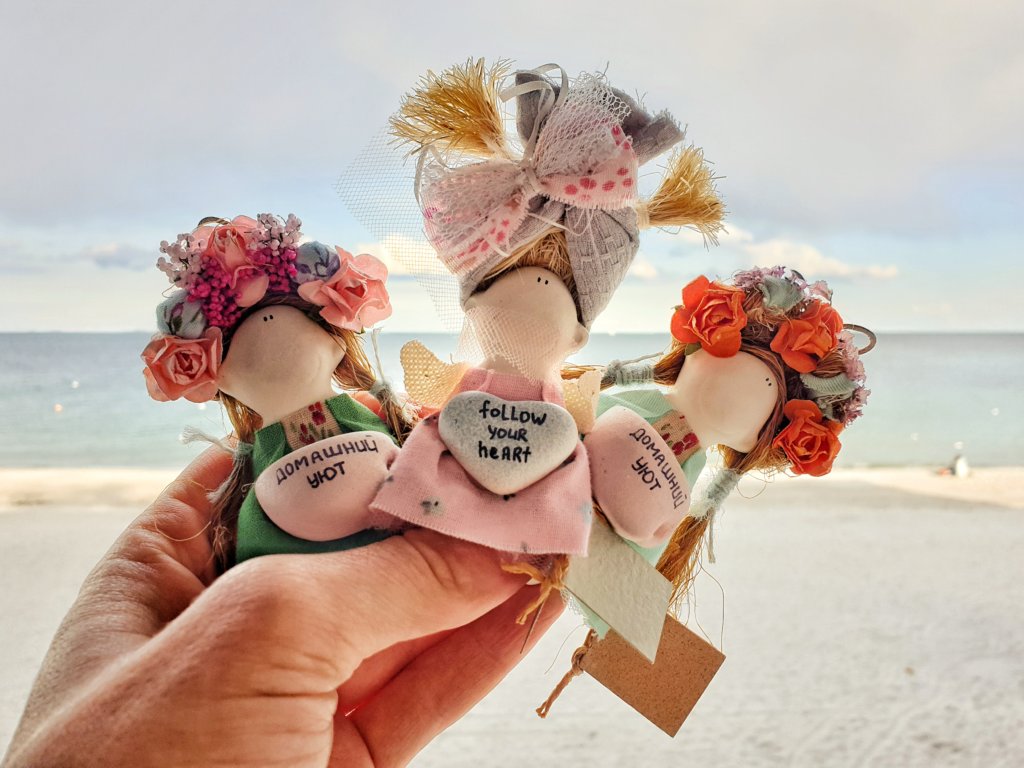 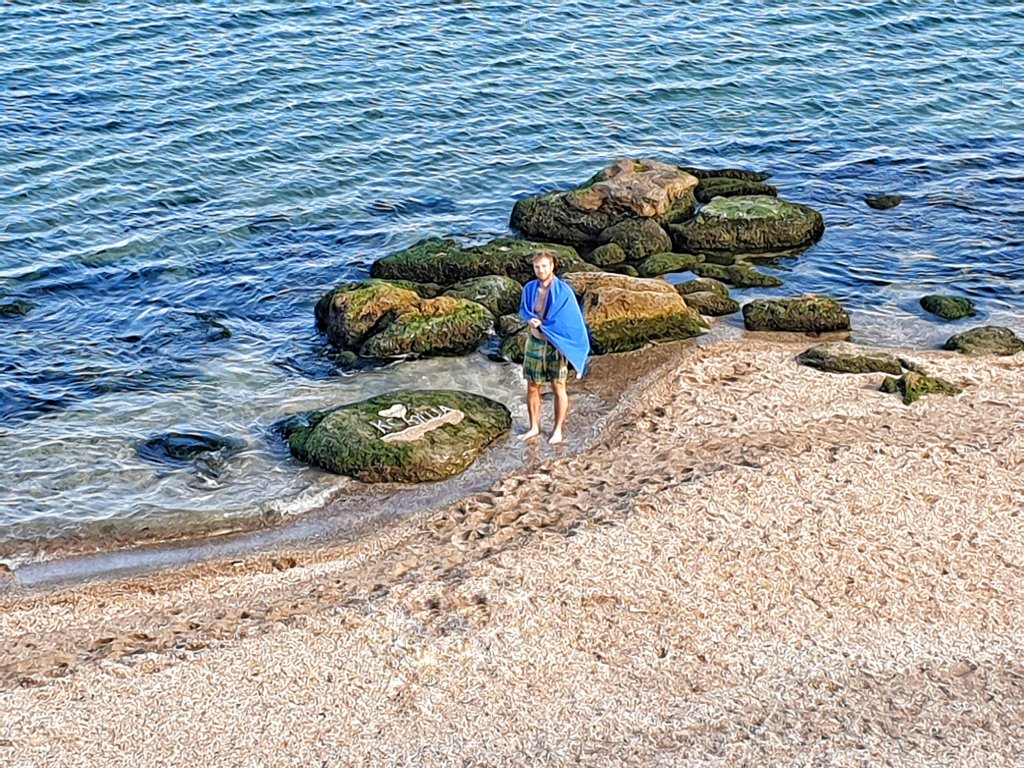 One thing that we do almost in every city that we visit is dropping by a local market. In Odessa, a good place to see the city life and the range of products for sale is Privoz market, a huge area which includes both indoor areas and outdoor stalls, with everything for sale, from clothes and shoes, to cheese and meats. 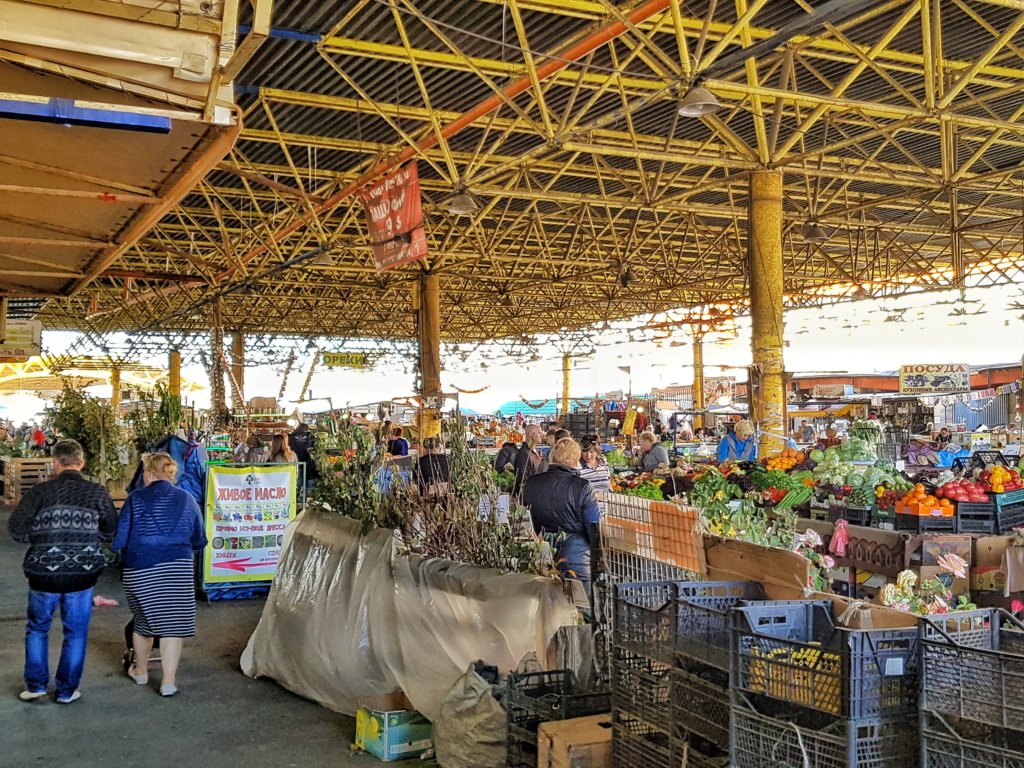 Where to eat in Odessa

That’s a very difficult question as the choice of decent cafes and restaurants offering excellent food for modest price is huge. 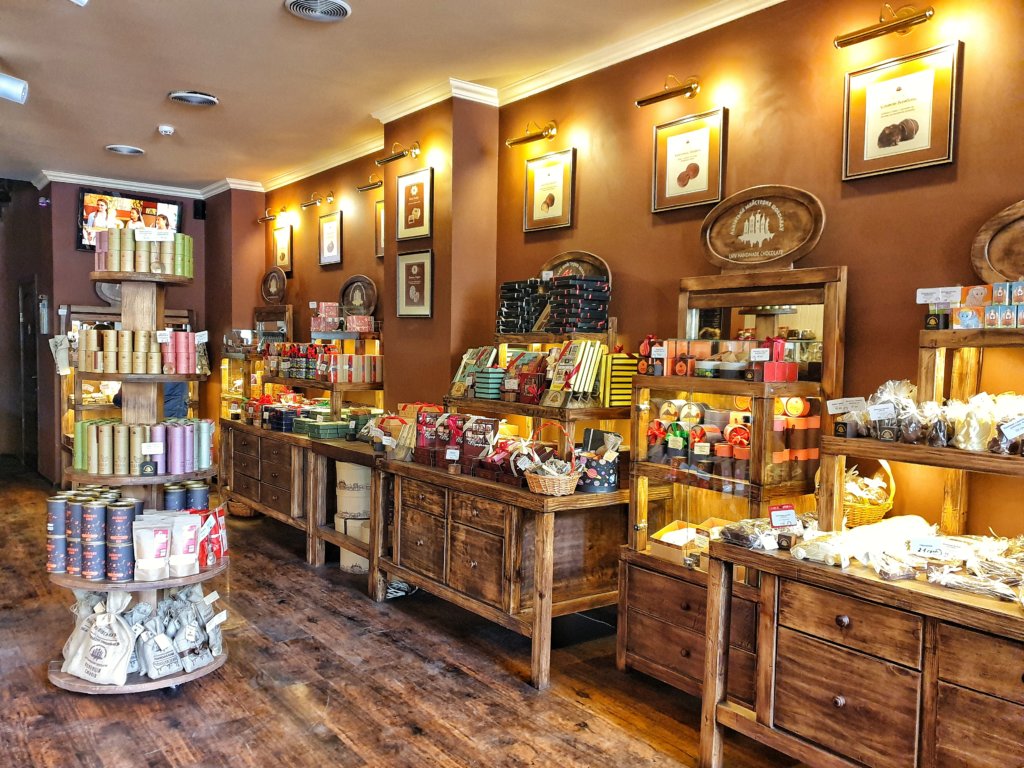 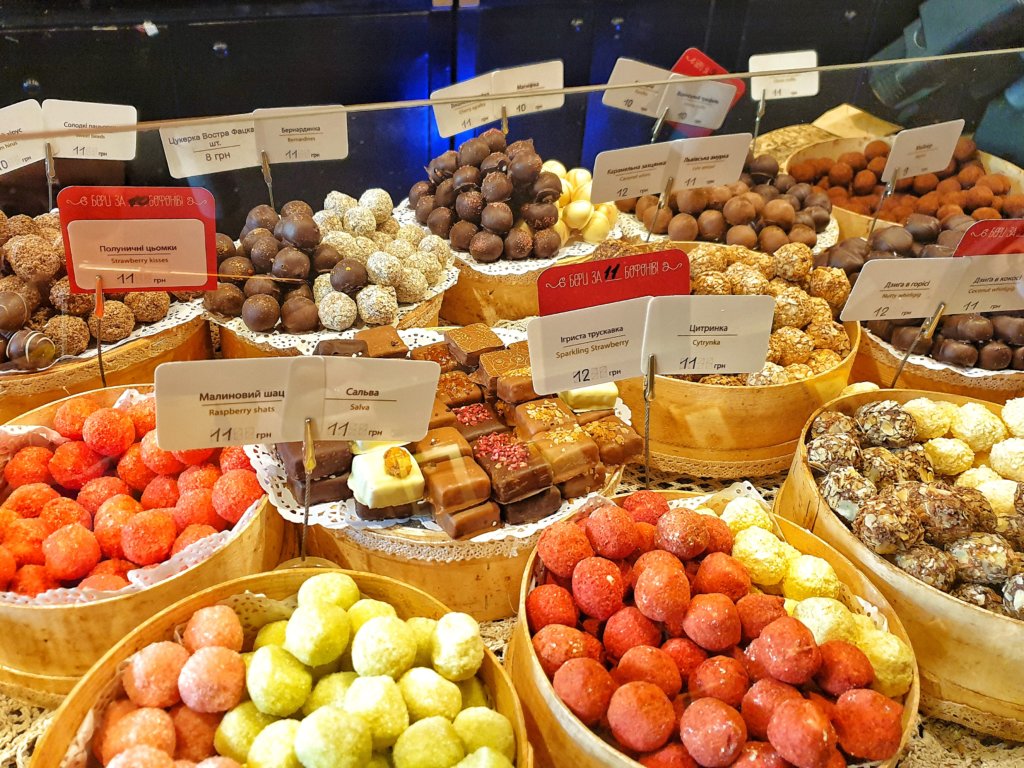