Next on our Colombian route was Villa de Leyva, a town which became very touristy as over the last 400 years it has preserved much of its original colonial style and architecture: the streets and large central square (Plaza Mayor) are paved with cobblestones, and many buildings date from the sixteenth century. Villa de Leyva’s Plaza Mayor is believed to be the largest entirely cobbled square in South America. 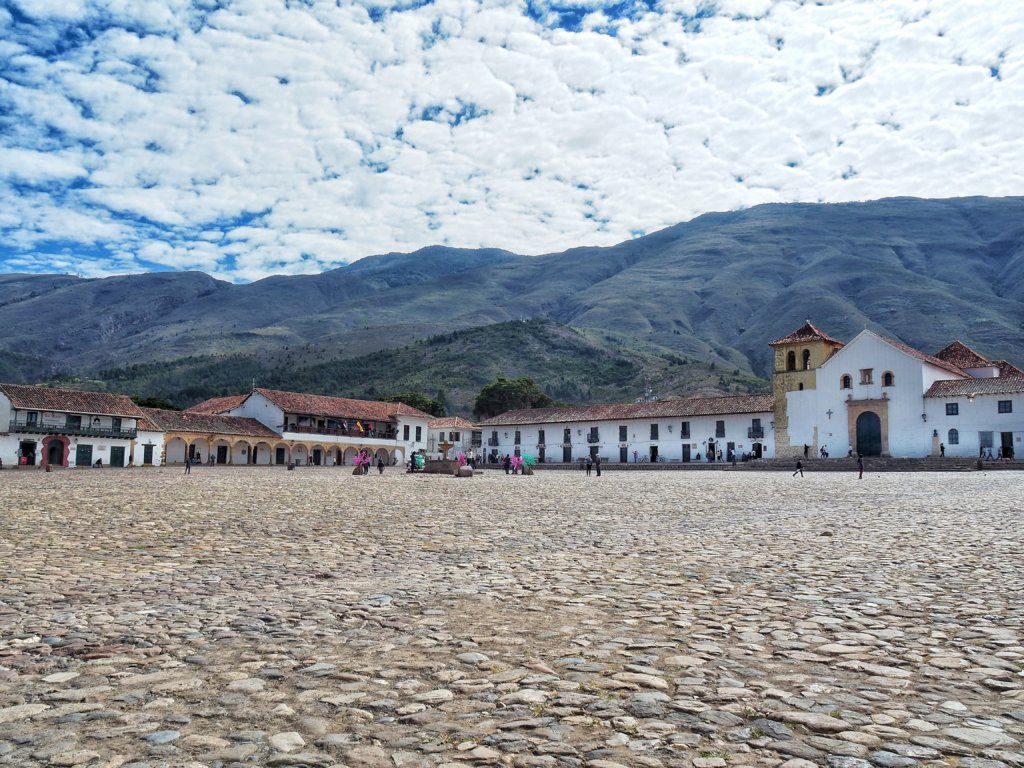 Villa de Leyva is a perfect weekend trip from Bogota (or just a two-day trip as when you are on vacation, weekends don’t play a big role, right?). You can take a bus to Villa de Leyva from two terminals in Bogota. We chose the North one. The trip took less than 3 hours and cost us 25000 peso pp. 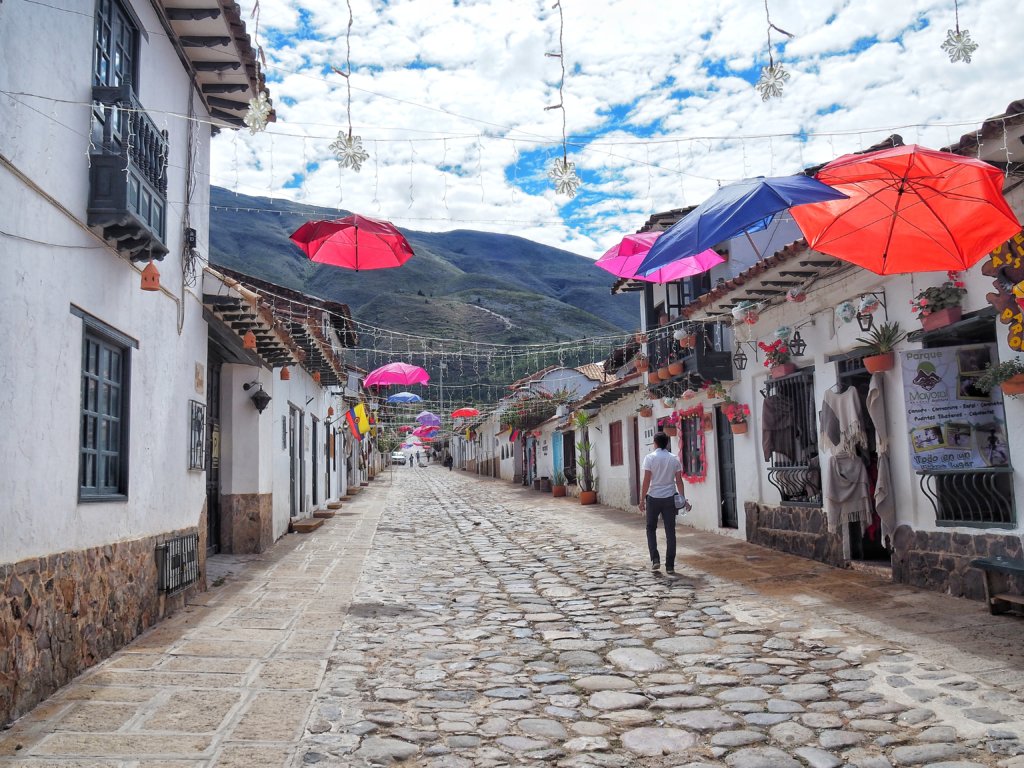 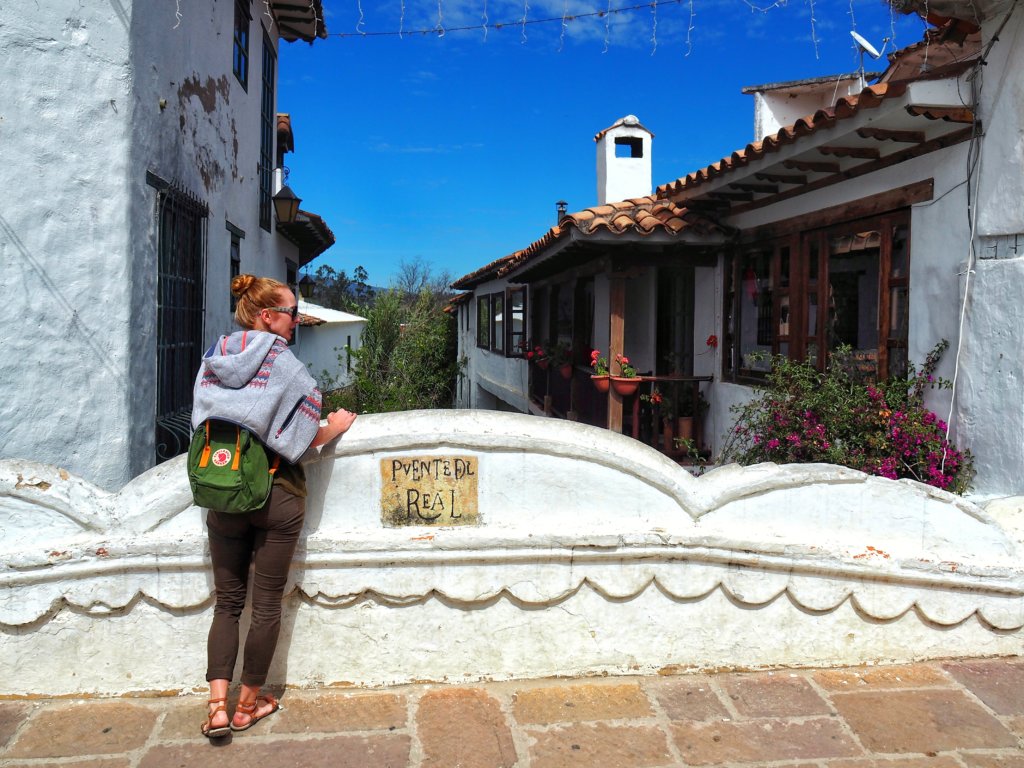 One of the main attractions in Villa de Leyva is Casa Terracota, a clay-colored beautiful and bizarre house built about 20 years ago by Colombian architect and ceramist Octavio Mendoza Morales. 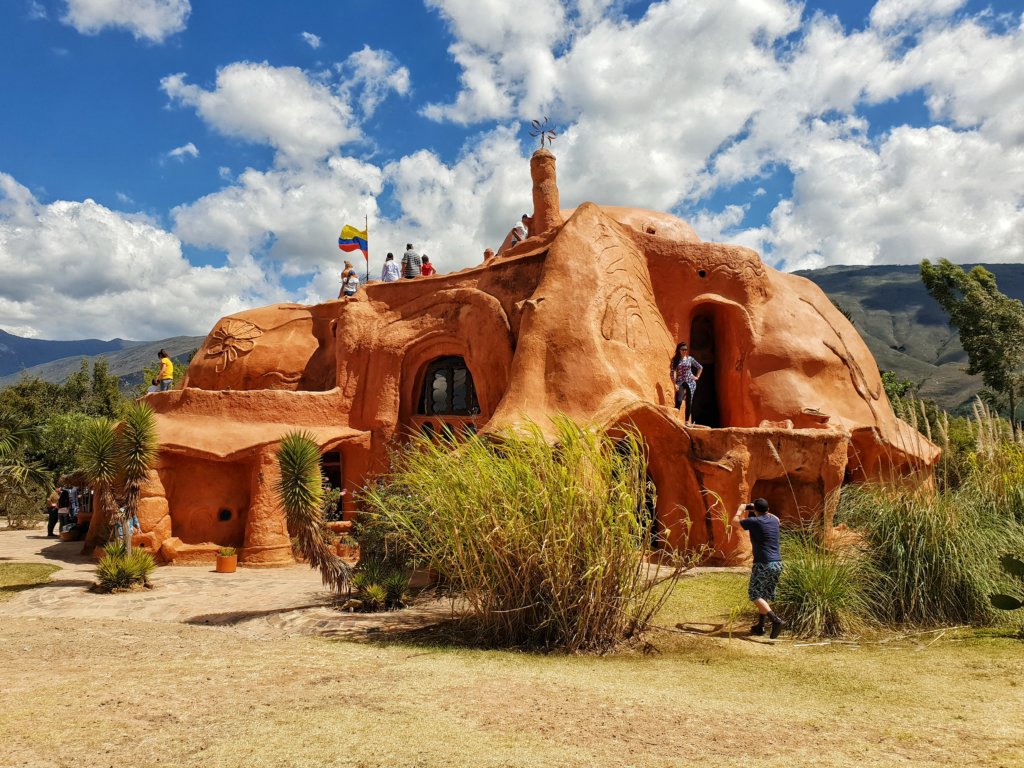 He had an idea of creating sustainable housing using only natural resources, connecting nature and human household in a wonderful architectural project. We enjoyed a lot wandering through the house and marveling at its quirky but well-thought shapes, textures and furnishings. Actually, the house is ready to live in. But now it is acting as a museum attracting numerous tourists and is acknowledged as the world’s largest pottery. Currently, the entrance fee is 10000 peso pp. More information is available here: https://casaterracota.com/en/casa-terracota/. 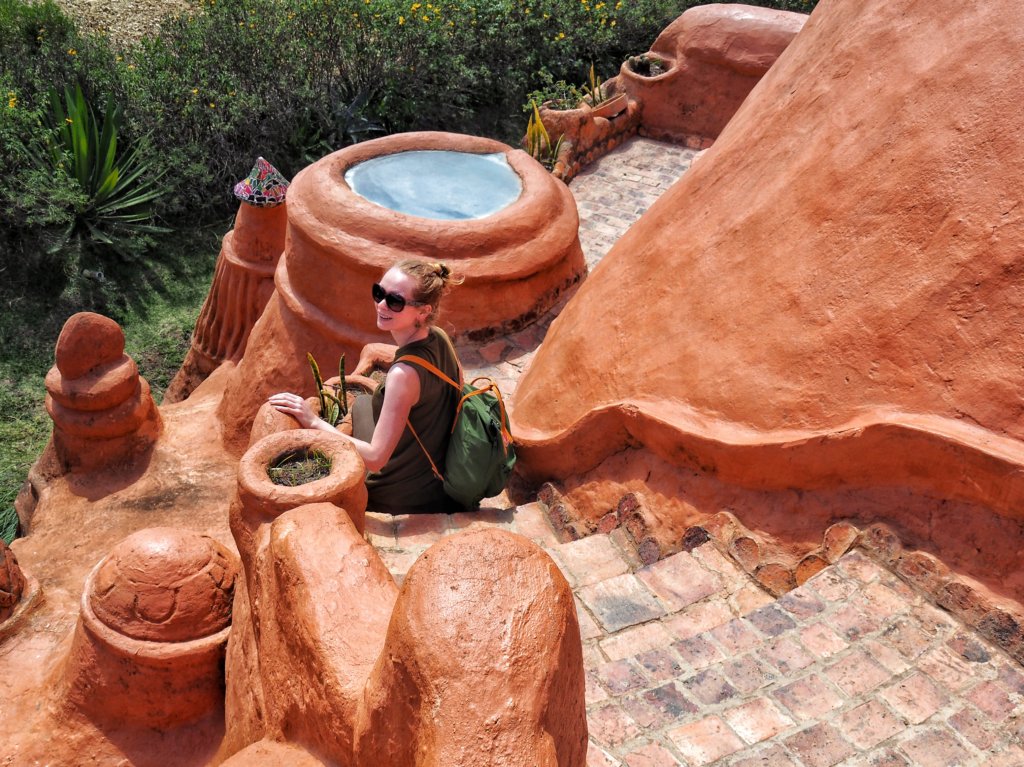 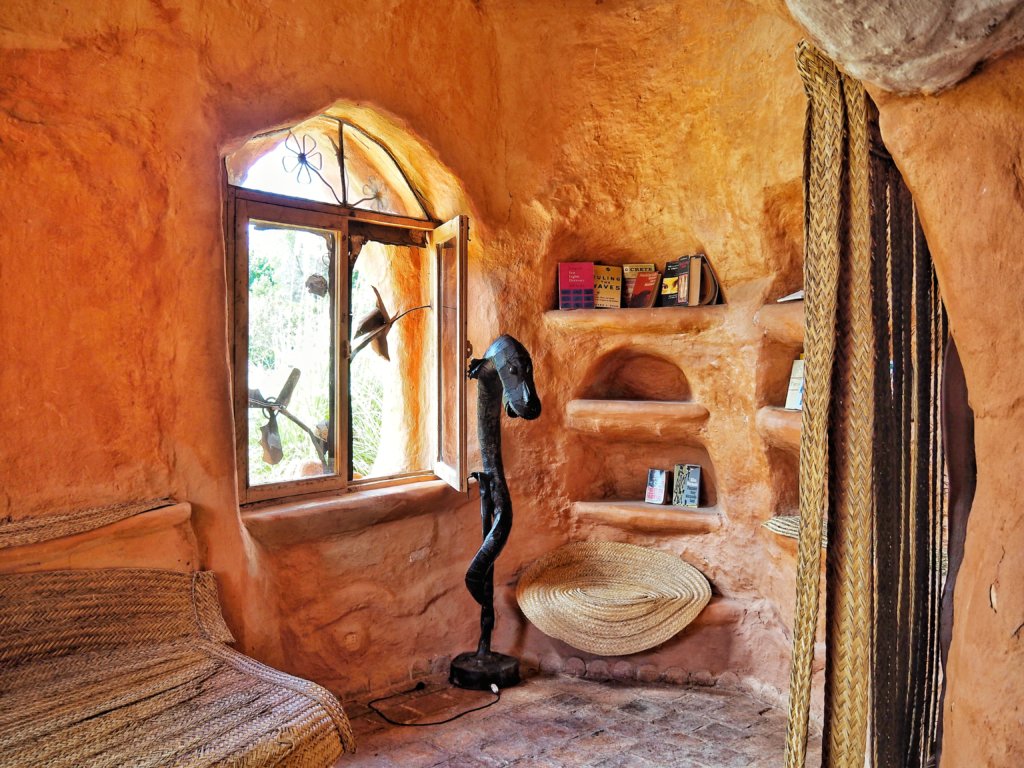 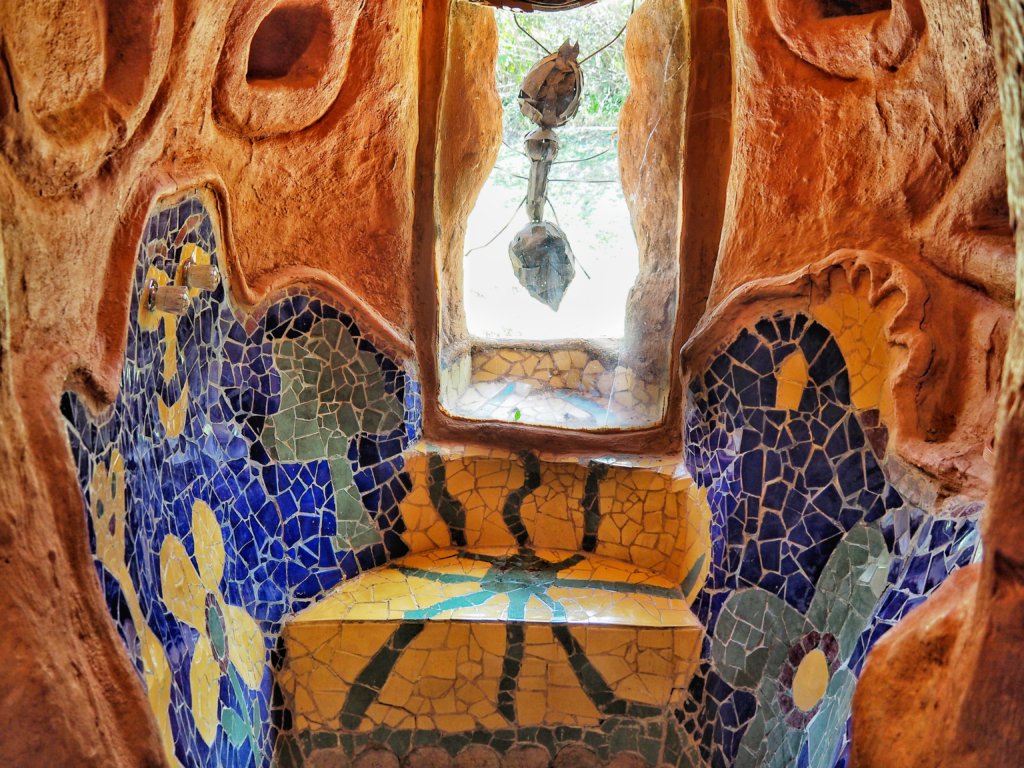 Climbing to the Mirador El Santo (the Statue of Jesus Christ) at the sunset suits well those who would like to challenge themselves with a short but energy-intensive hike. You will find the beginning of the hike on the right side of the village’s stadium. The walk to the Mirador El Santo involves about 40 minutes of hard hike mostly climbing the steep stones (non slip shoes are a must!) You will be rewarded with a beautiful view of the city and strong wind on the top which will cool down your heated bodies. 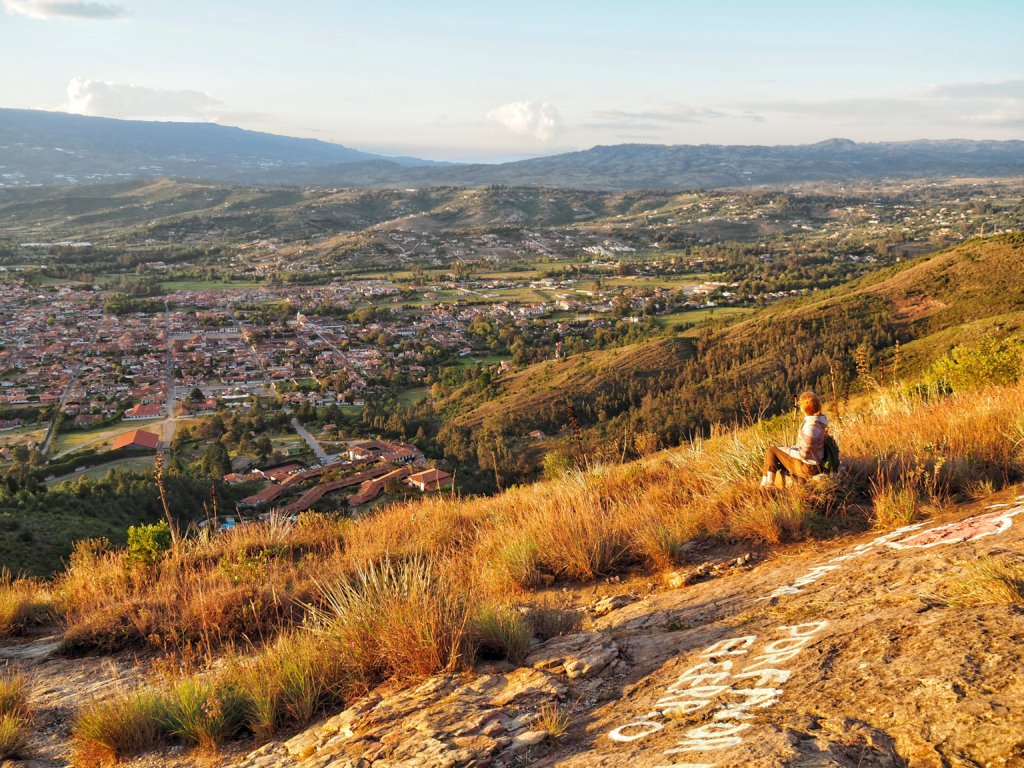 If you are lucky to be in Villa de Leyva on Thursday or Saturday (check if this information is still relevant at your visit), drop by the local market at  the Plaza De Mercado situated at the intersection of Carrera 6 and Calle 13. There you can buy some local fruit, vegetables, pastry and crafted products. 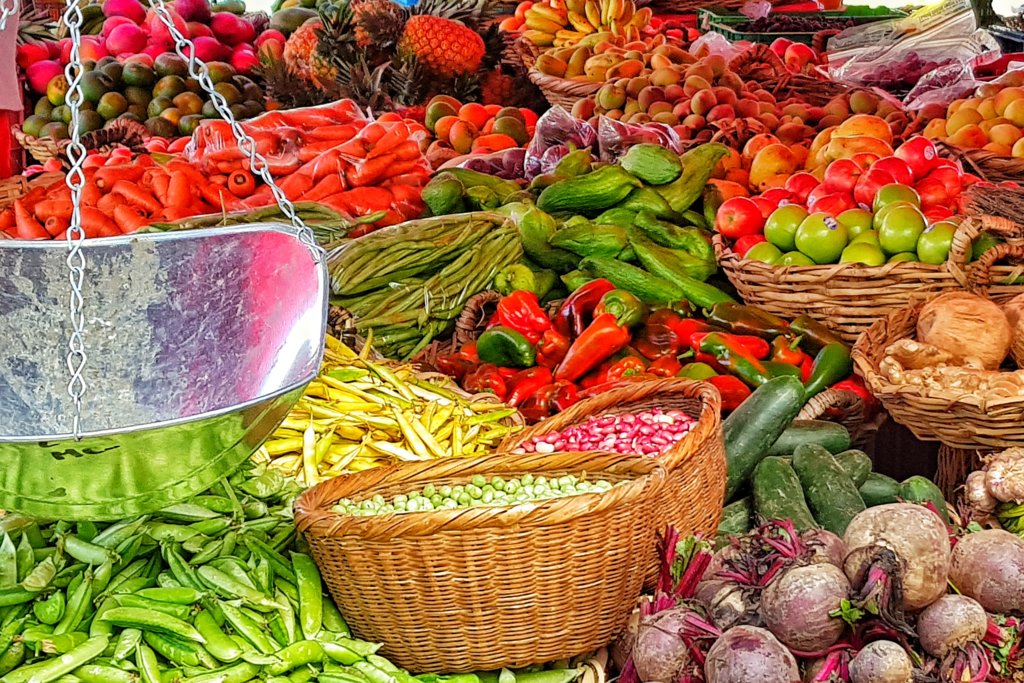 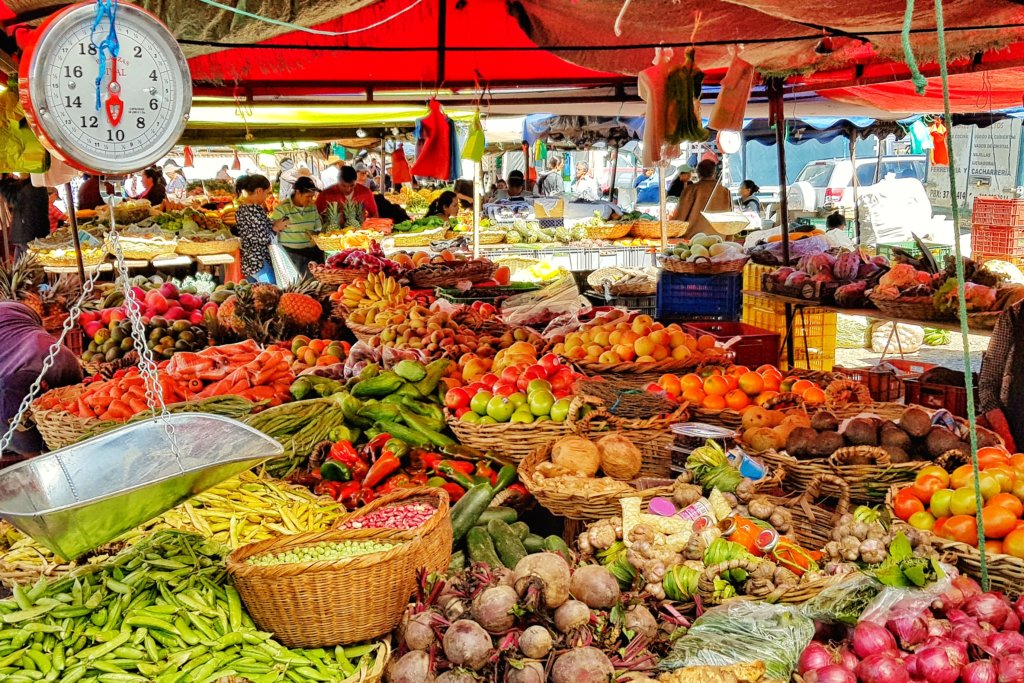 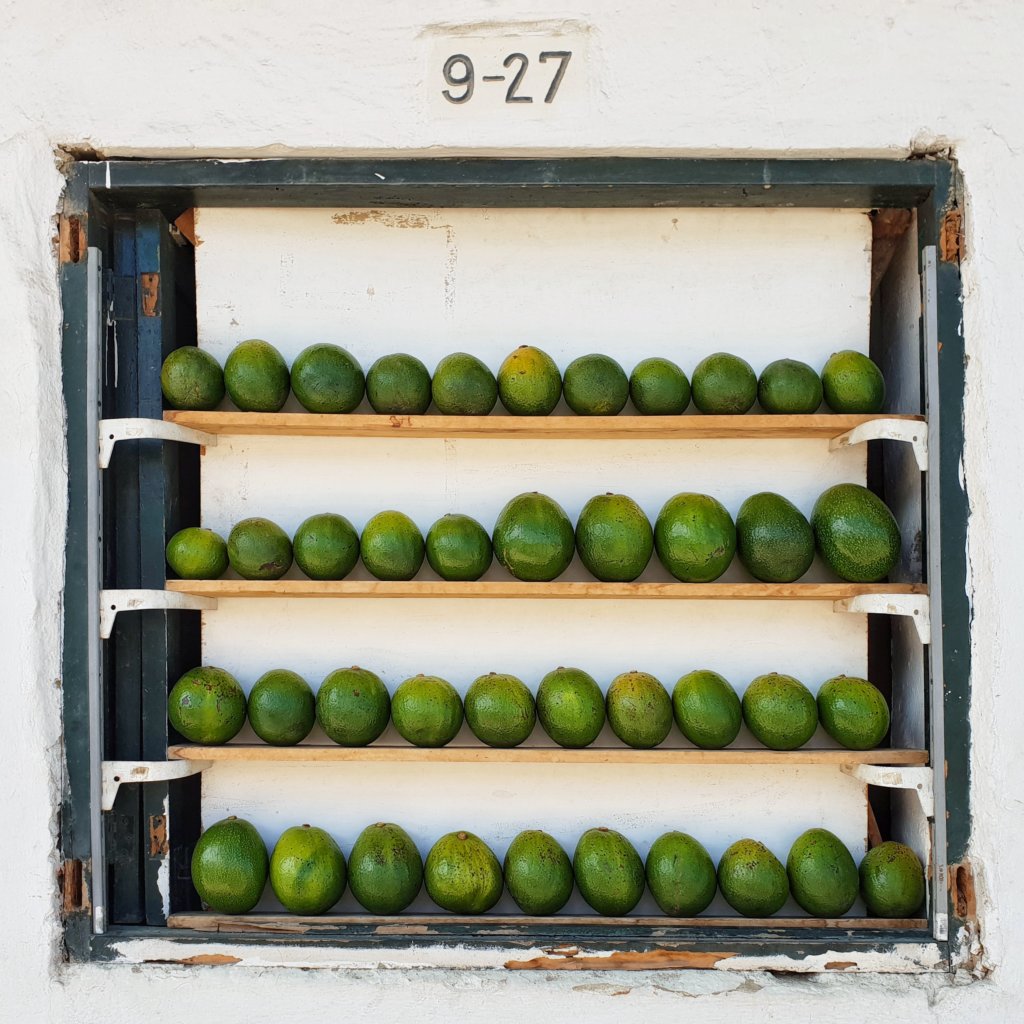