Previous Next
Tunisia during off-season: Sidi Bou Said and Carthage

From the place we stayed in La Marsa, Tunisia, we walked to Sidi Bou Said. The visit to this dreamy white-blue city with a sea view filled my heart with joy. After being there, I don’t need to go to the famous Santorini anymore. You will not miss the main shopping street, Rue Habib Thameur. However, I would also recommend to take the side streets and walk some rounds to feel deeply the atmosphere of this cozy town.

Make a stop at the Café les delicés for an overpriced orange fresh (12 Dinar) which pays you off with a breathtaking sea view. 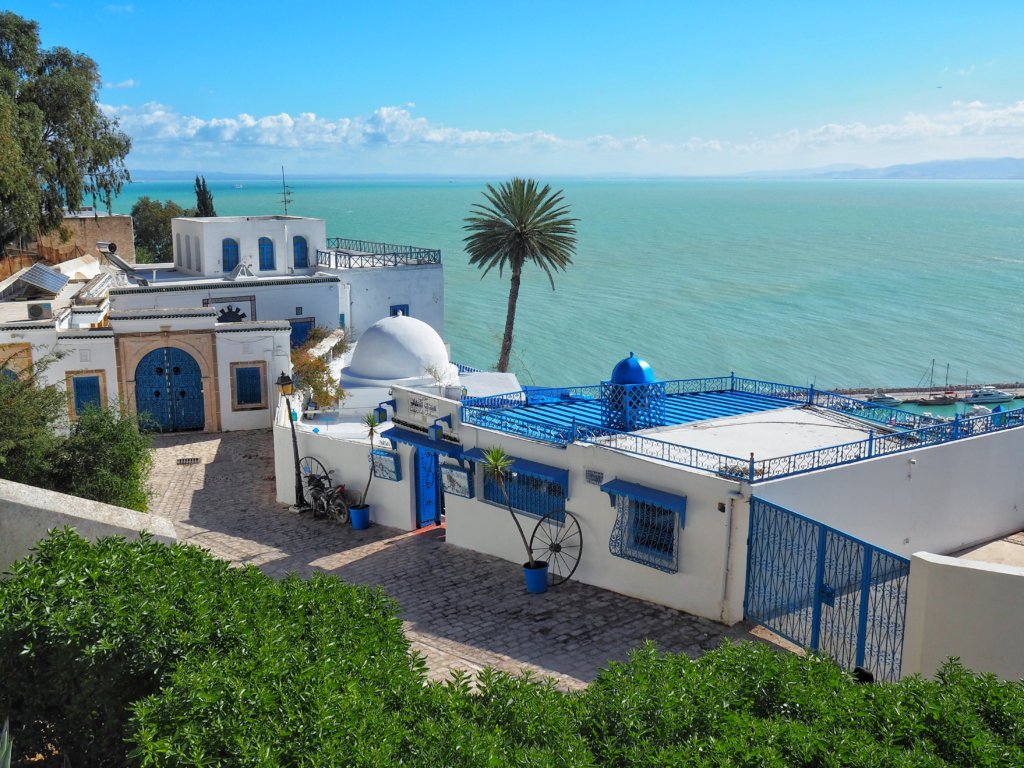 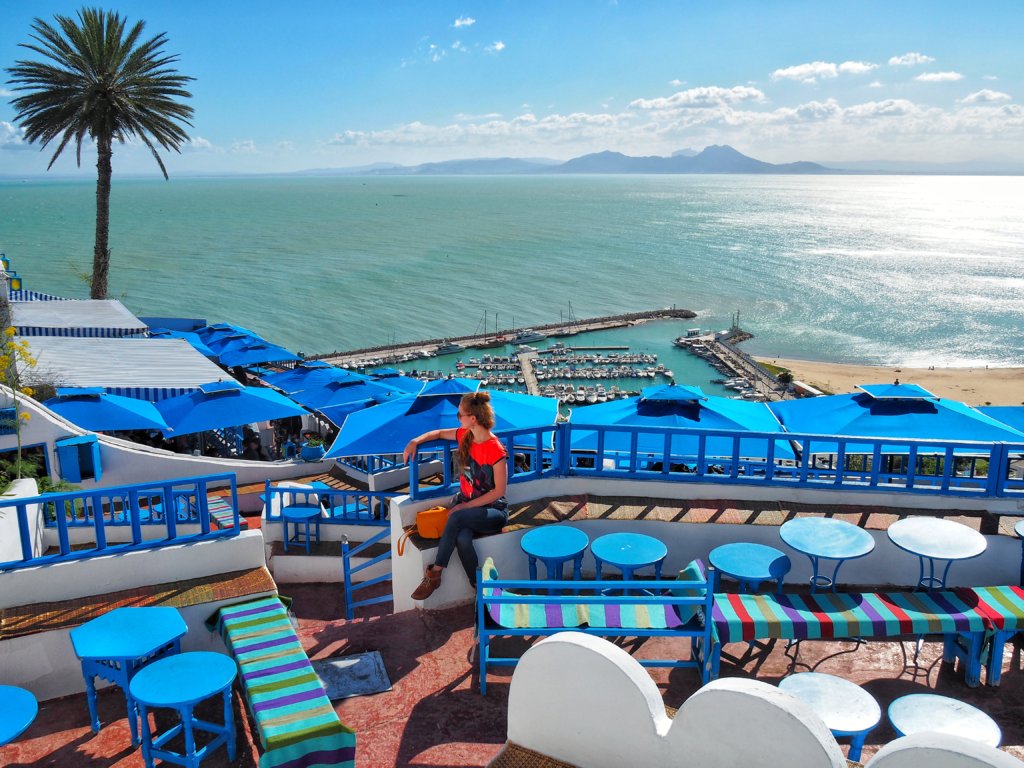 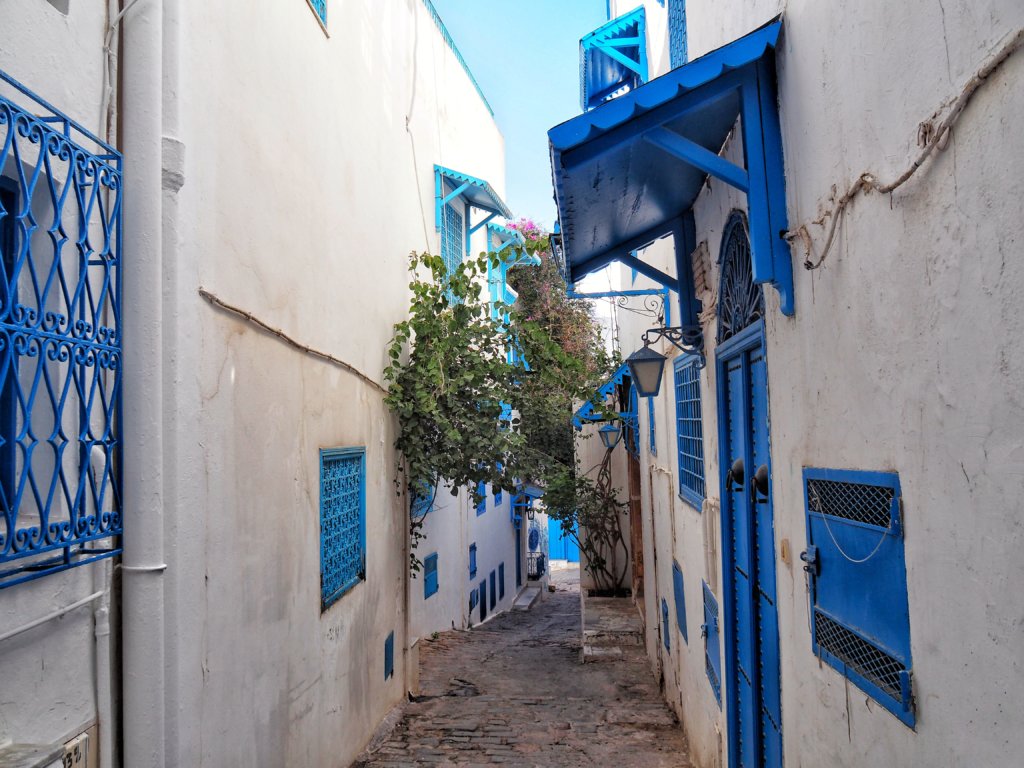 In Sidi Bou Said, visit the private house Dar el Annabi (http://darelannabi.com/, 4,5 Dinar), which is located on the central street. You will catch a glimpse in the ambiance of a Tunisian family’s daily life, where certain scenes are animated by wax figures wearing Tunisian traditional clothes of festivities. 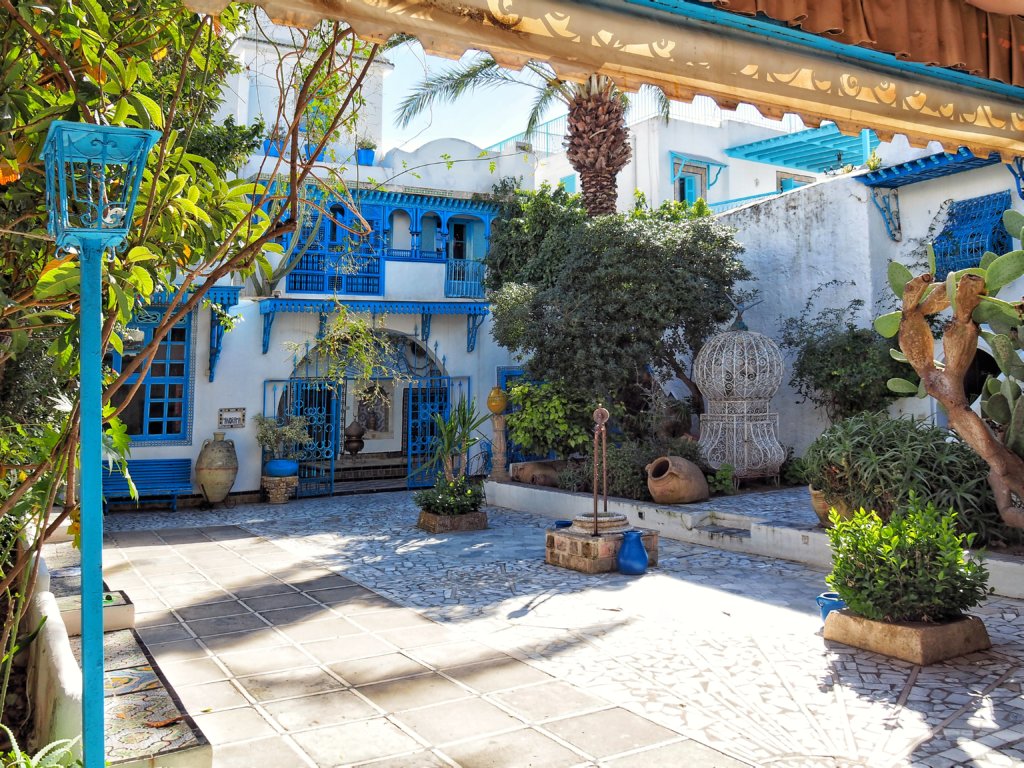 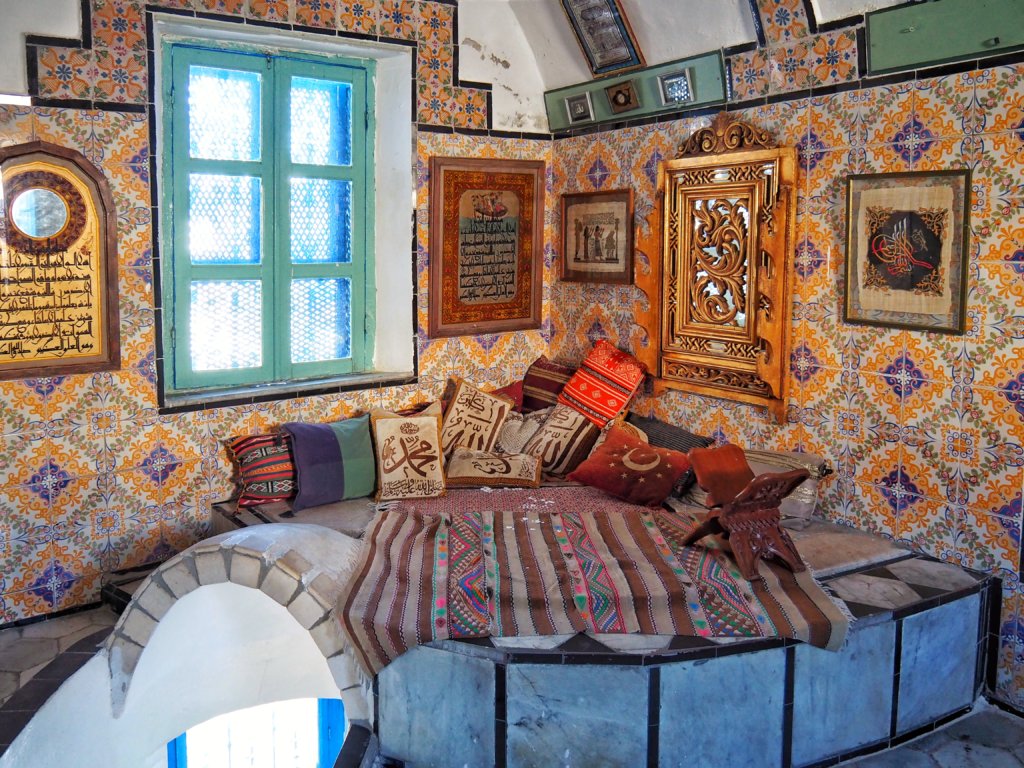 Carthage was founded as the capital city of the ancient wealthy Carthaginian civilization, a significant trading empire in the 9th century BC. After a long conflict with the emerging civilization of Ancient Rome, known as the Punic Wars, Rome finally shattered Carthage during the Third Punic War in the 2nd century BC.

In the middle of the 1st century BC A new city of Carthage (Roman Carthage) was built in the same place by Julius Caesar, and later it had grown to be the second-largest city in the western half of the Roman Empire. Carthage was flourishing until the 6th century AD. Later, in the end of the 7th century it was conquered by Osman of the Caliphate of Damascus. The Roman Carthage was completely destroyed – its walls demolished, its water supply cut off, its harbors made useless. It was replaced by Tunis as the major regional center. 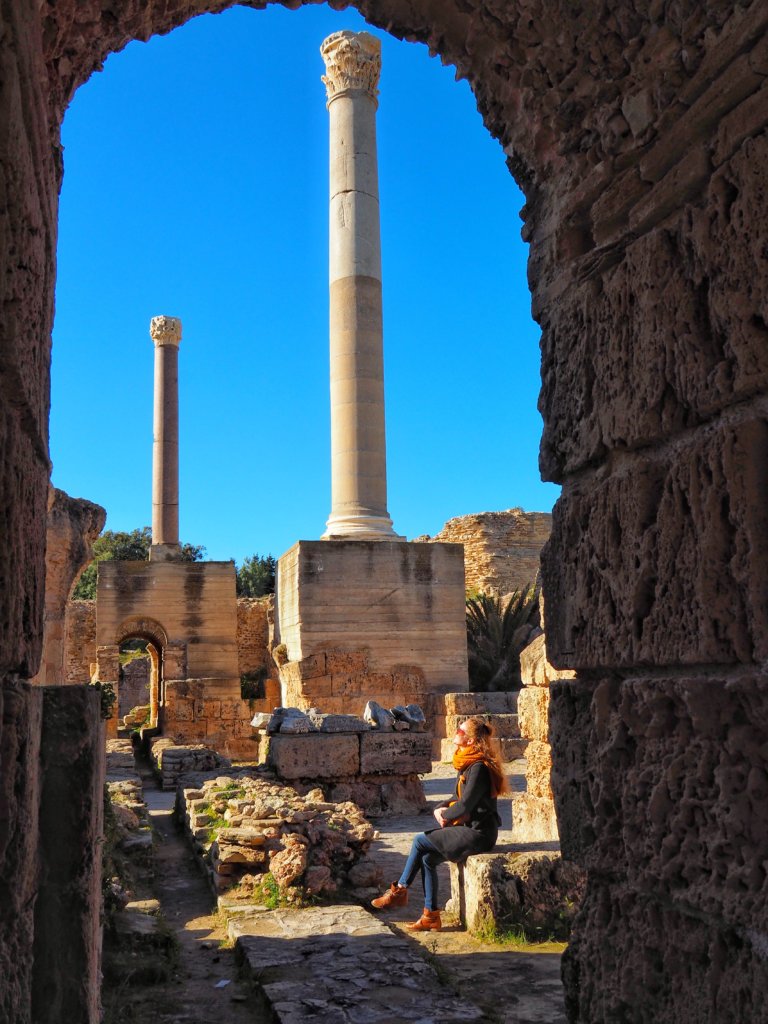 Nowadays, the ancient Carthage is an upscale suburb of Tunis, here and there you can see the scanty remains of once mighty empire capital between the wealthy villas. Despite their ruinous state, this should be a must-see item on your list when you in Tunis. In this UNESCO World Heritage Site we visited the Antonine Baths, Roman Villas and the Amphitheatre. There is a combined ticket, which costs around 20 Dinar which allows you to visit all ruins. 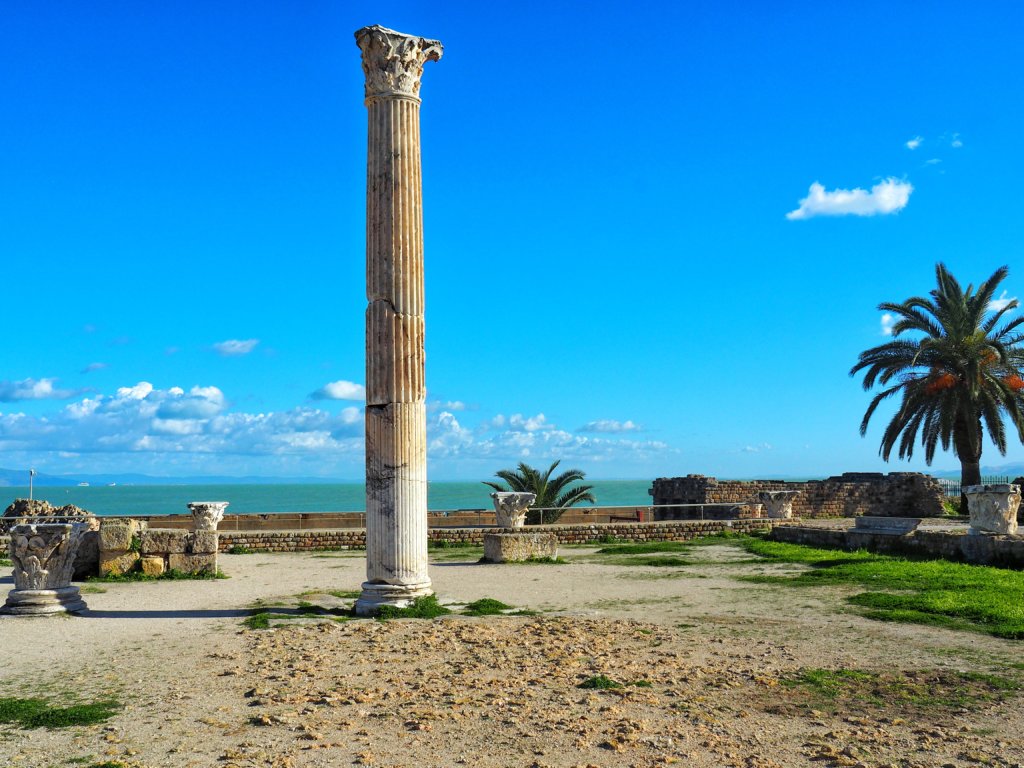 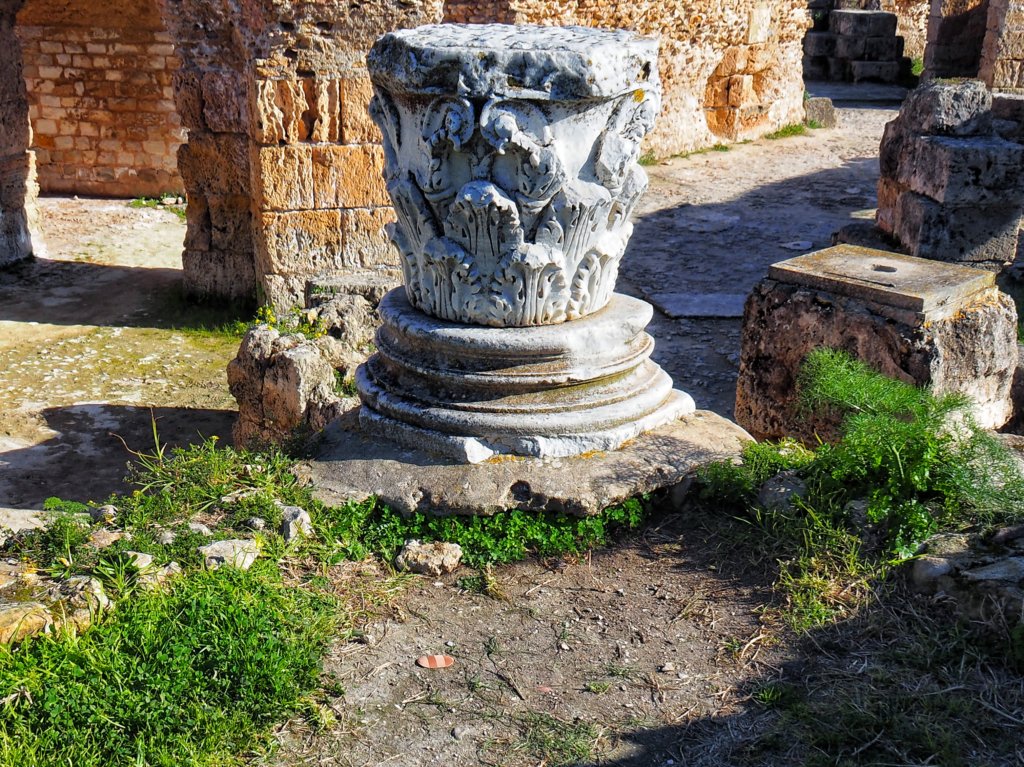 Here is a comprehensive visitor’s guide to Carthage: https://www.planetware.com/tourist-attractions-/carthage-tun-tc-c.htm.

And here you can find a map of archeological zones: https://en.wikipedia.org/wiki/Carthage#/media/File:Carthage_archaeological_sites_map-fr.svg. 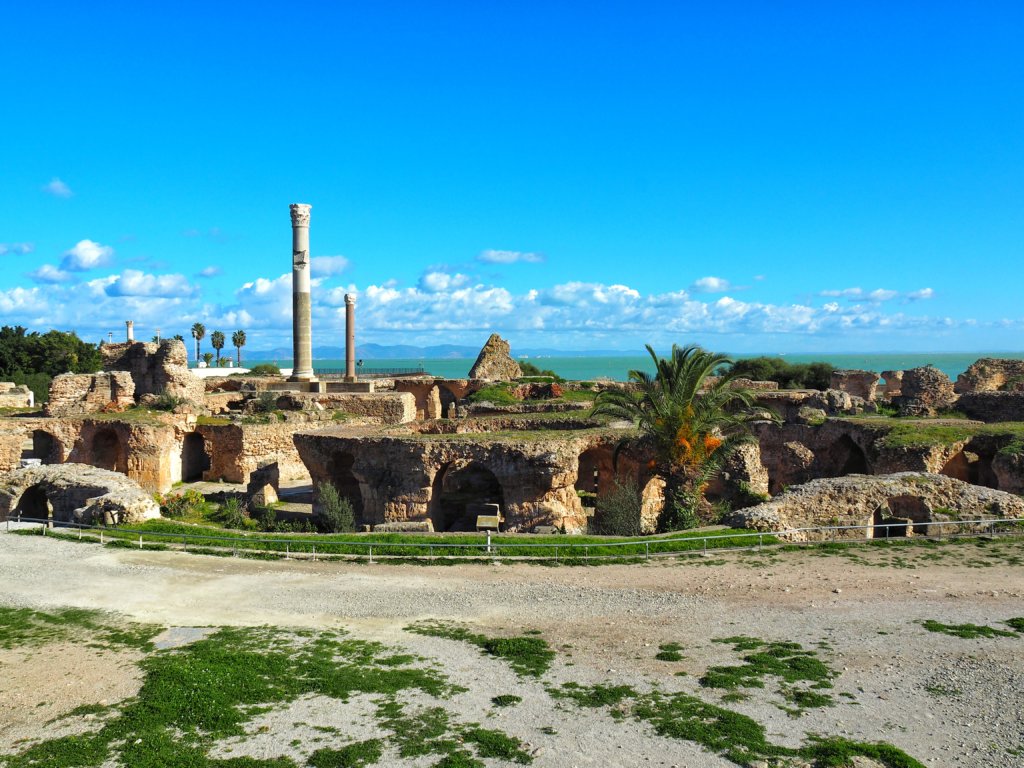 Besides, you can visit the Acropolium of Carthage, also known as Saint Louis Cathedral, which is situated close to the main ruins. 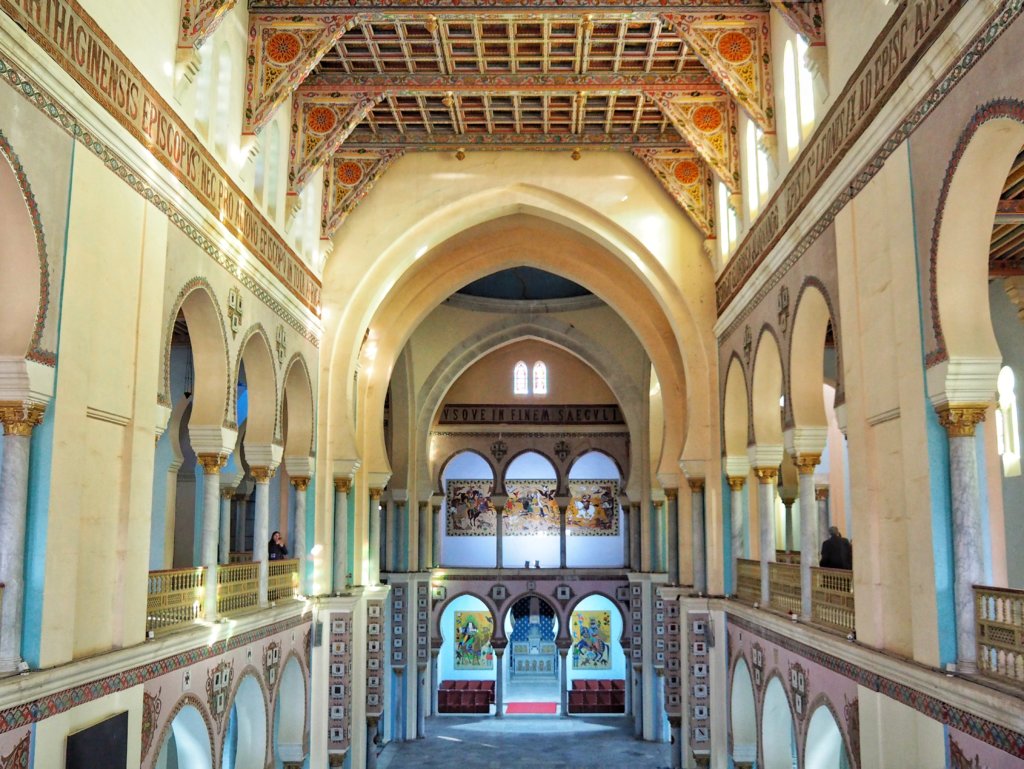 We spent three nights in La Marsa, next to Tunis. There is not much to see in La Marsa besides the beach, but it is located close to Sidi Bou Said, Carthage and Tunis. You can reach all three by tram. A ticket costs about 0,6 Dinar.

We have eaten in three different restaurants in La Marsa, La Plaza, Cook’In and Dar Tej, and all of them were decent. Don’t forget to try local Tunisian wine, it is delicious! We loved Domaine Shadrapa most of all. 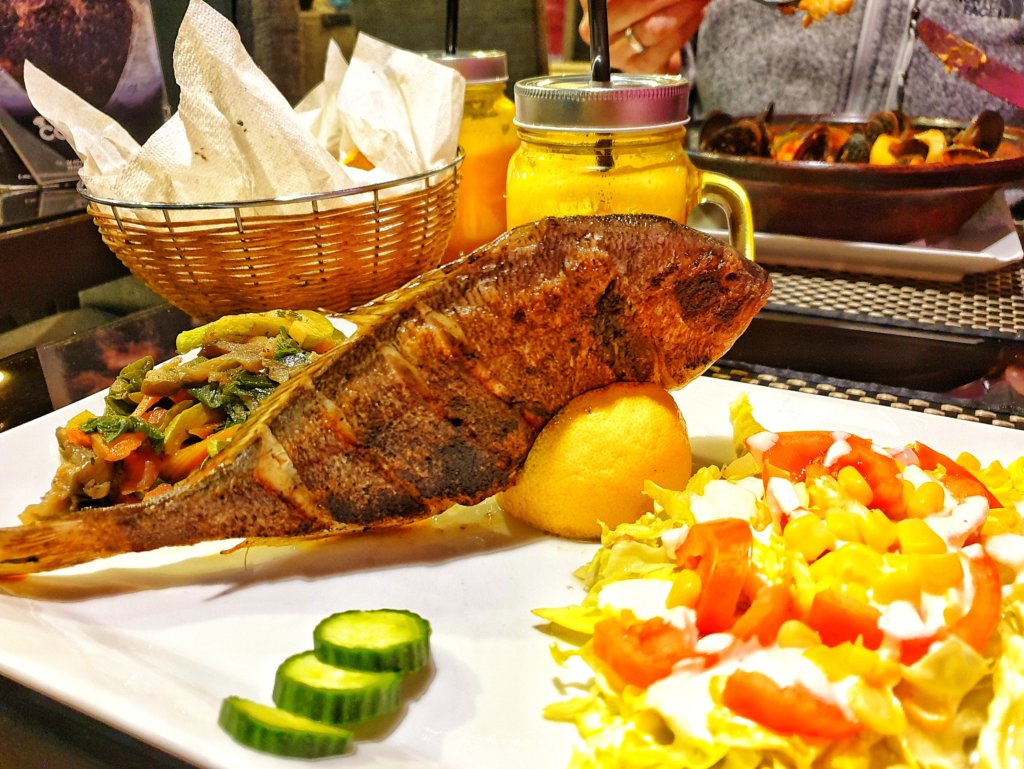 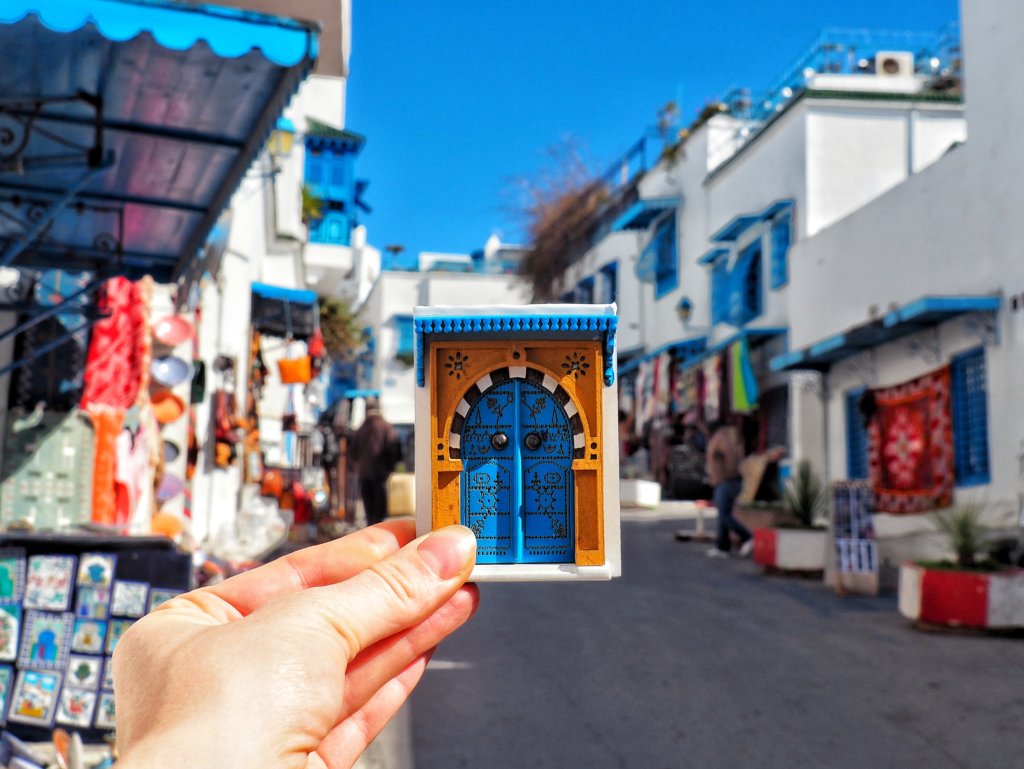