Savor Wiener schnitzel in Vienna, taste locally brewed beer in Bratislava and soak in thermal pools in Budapest – all this is perfectly possible to enjoy during one prolonged weekend and I will tell you how. 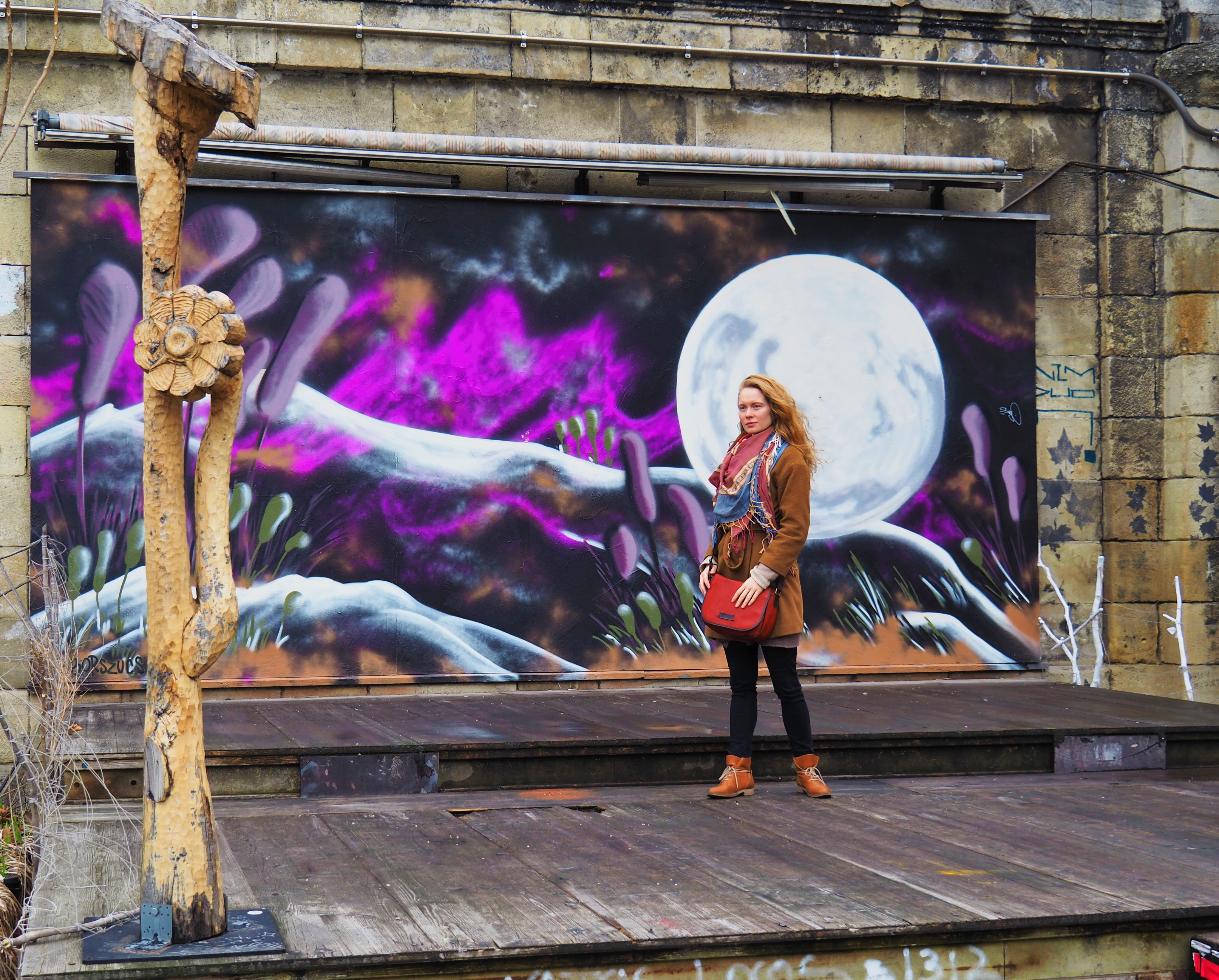 On the road in Vienna

Initially, we planned a little family reunion in Bratislava and Budapest only, but spontaneously announced air traffic controllers strike in Berlin slightly corrected our plans by adding another country to our schedule.

We booked a Berlin-Bratislava flight on Friday several months ago, but the day before all flights for this day were cancelled. We convulsively started searching for the alternatives. These were: a 10,5h night train ride on Friday evening or an overpriced flight to Vienna on Thursday afternoon. We took the latter option and after exact 40 minutes packing and 1h flight headed Salzamt (Salzamt in the Internet) for a Wiener schnitzel as a compensation for all the worries of the day.

We were lucky to be last customers who ordered some food before the kitchen was closed. Reach and refreshing beer and delicious schnitzel were the best ending one can wish after such an intense day! 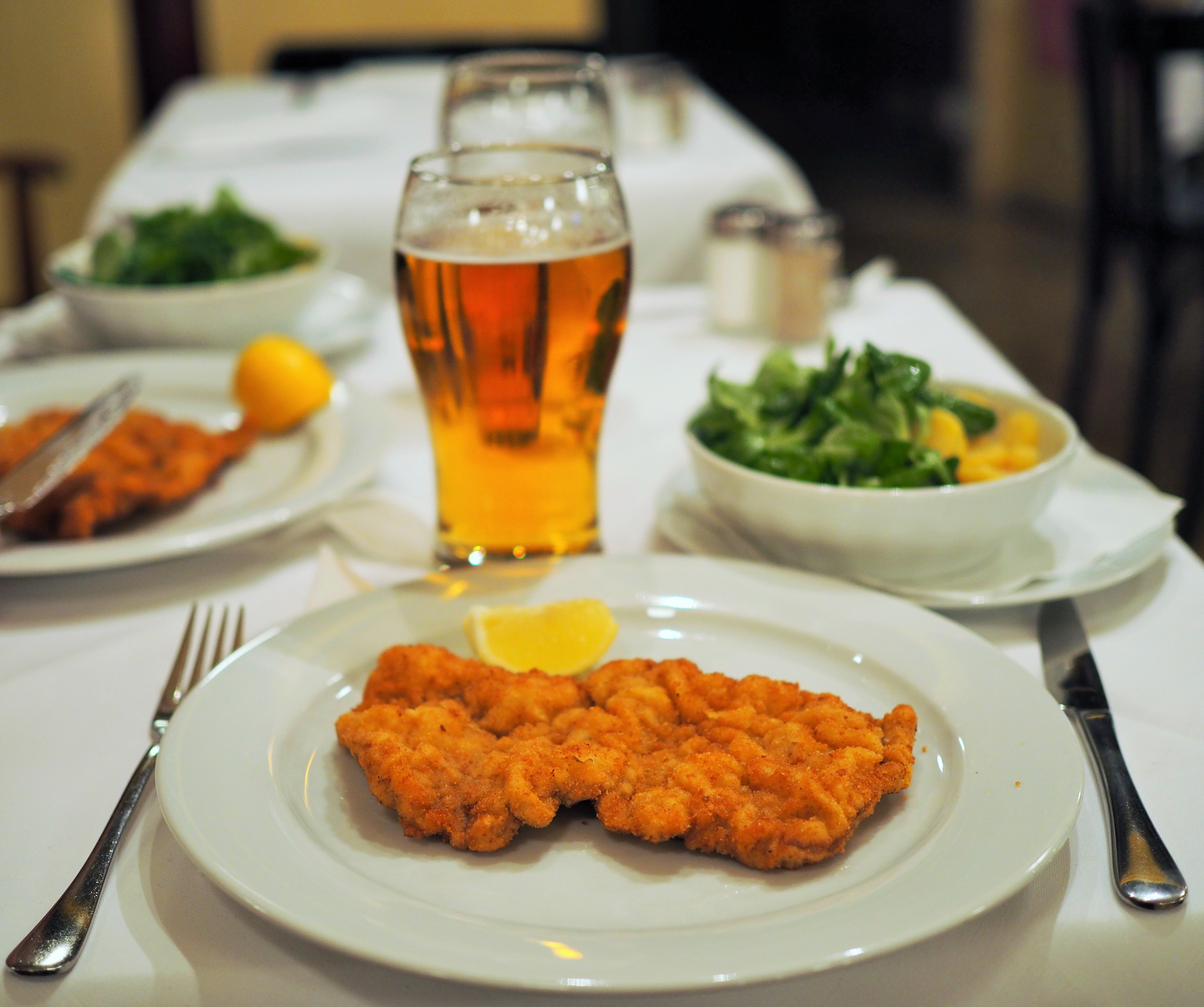 As Vienna popped up in our plan pretty spontaneously, I didn’t choose much to must-see. The Hundertwasser House was on my bucket list together with the upside-down house. Unfortunately, as we discovered when we already reached the place, the upside-down house was de-installed 10 years ago. Nevertheless, we had luck with the Hunderwasser House: it still stands there where it was built 26 years ago, at Kegelgasse 37-39, 1030 Wien. This is an apartment building and normal (but prosperous) people live here. Though the Hundertwasser House is an architectural highlight and a sort of historic building, the tenants of the house have the right to decorate the house façade around the windows entirely to their own taste. By the way, you can even rent an apartment for four persons for your vacation here for only 730 Euro a week. 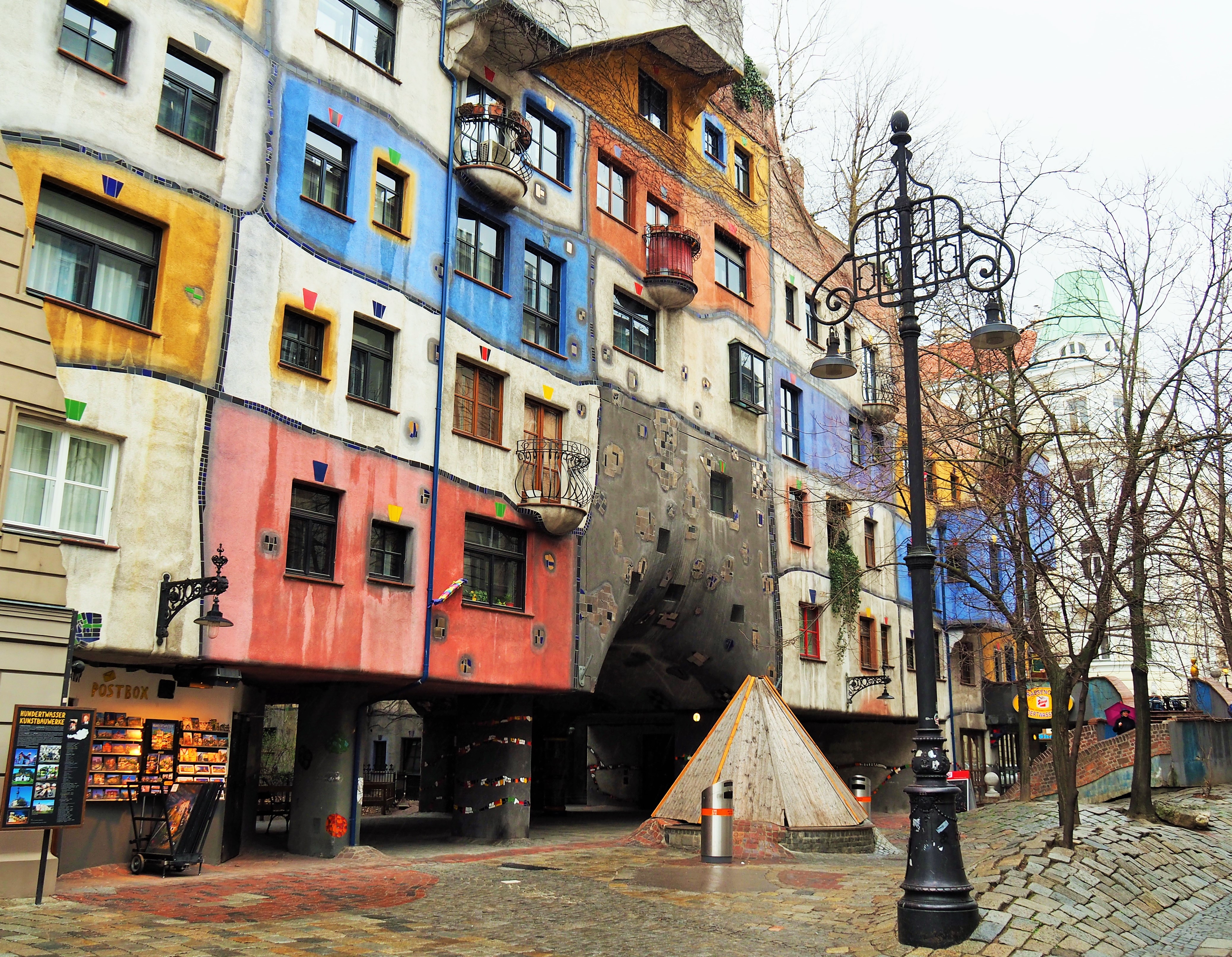 Two thirds of the way to the Hundertwasser House we were walking along the Danube embankment. This was one of our Vienna highlights, as in parallel to the streets Obere Dounaustrasse and Untere Donaustrasse all walls were covered in graffiti, street art and unusual installations. 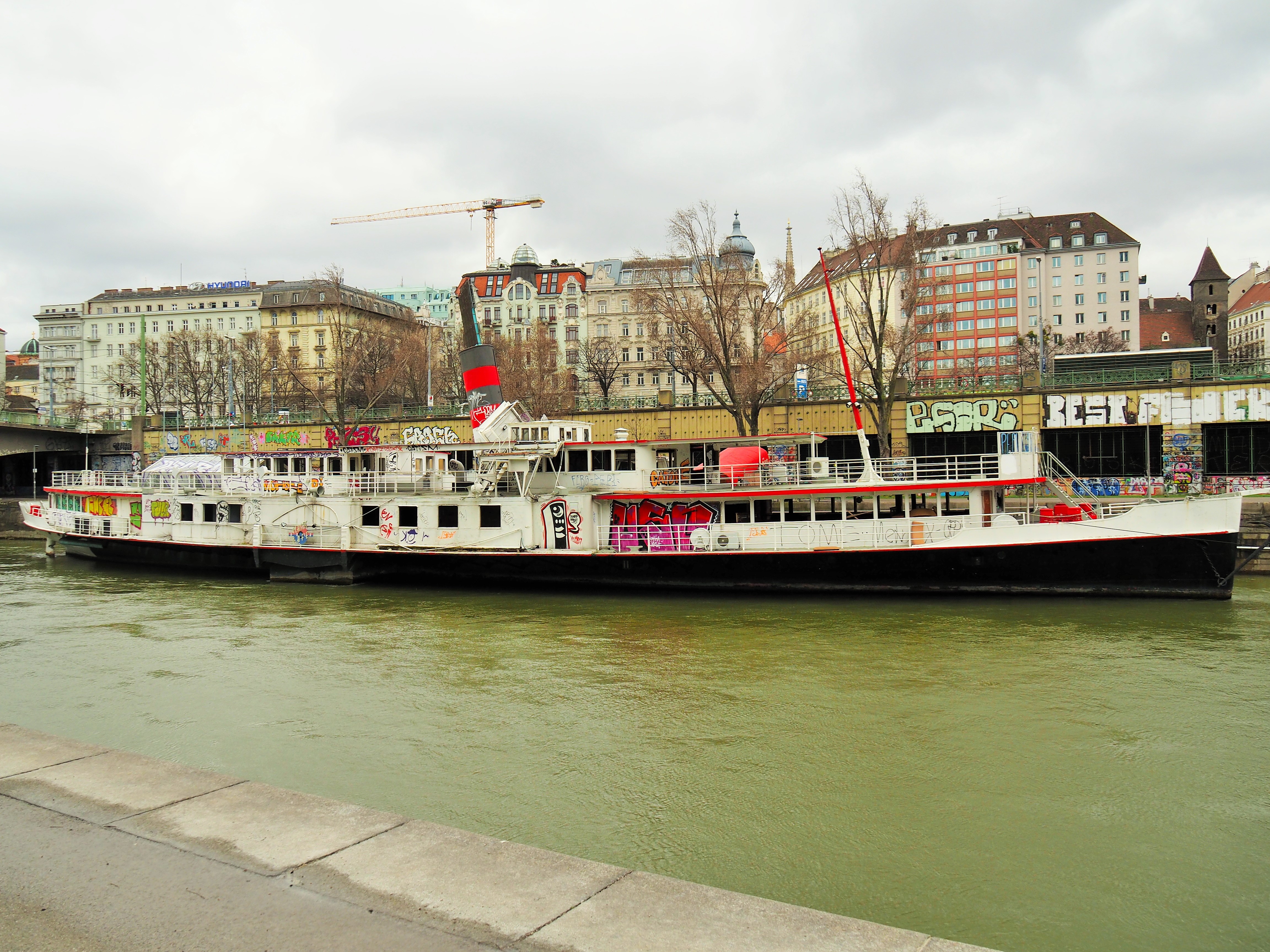 One of the bonuses of living in Europe is the easiness of moving between the countries. It took us only one hour with a bus to go to Bratislava from Vienna. The cheapest (5 Euro one way) but still very comfortable option is a trip with Slovak Lines: Sloval Lines in the Internet. Wi-Fi and entertainment system on board, free water were included into service.

In Bratislava, we met my parents and spent a calm and nice evening together. This time, we didn’t manage much in Bratislava, but this was not our first time here. Why Bratislava deserves a separate visit, I diligently described here: 15 reasons why Bratislava is a perfect city for a weekend trip.

On Saturday, we took a bus to Budapest via Regiojet (Regiojet in the Internet) and were again pleasantly surprised with the level of the service: additionally to the set we had on the bus to Bratislava, we were offered fairly good coffee.

A view from the Gellert Hill

In Budapest, we lived in the famous Gellért Danubius Hotel situated on the Danube riverbank, at the foot of Gellért Hill (a nice place to climb to for a great view to the city). The building is an impressive Art-Nouveau with a lot of character. However, the rooms look old and a bit shabby. A huge advantage of this hotel is that the Gellért Spa, one of the city’s most beautiful thermal baths with 6 indoor and outdoor pools, saunas and other wellness possibiltiies, is located in the same building and after bathing you can directly go to your room.

A view to Gellert Hotel from the Gellert Hill 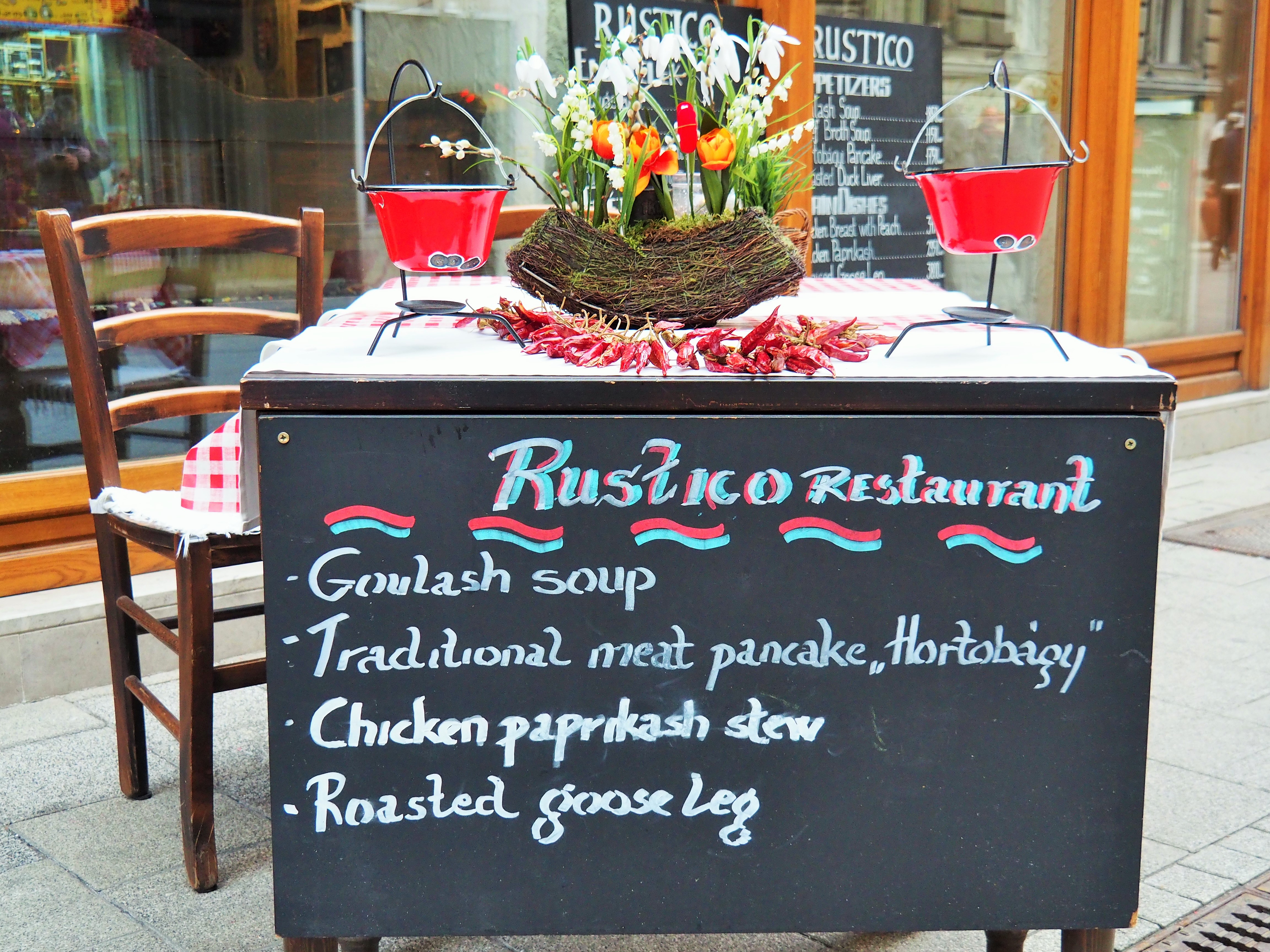 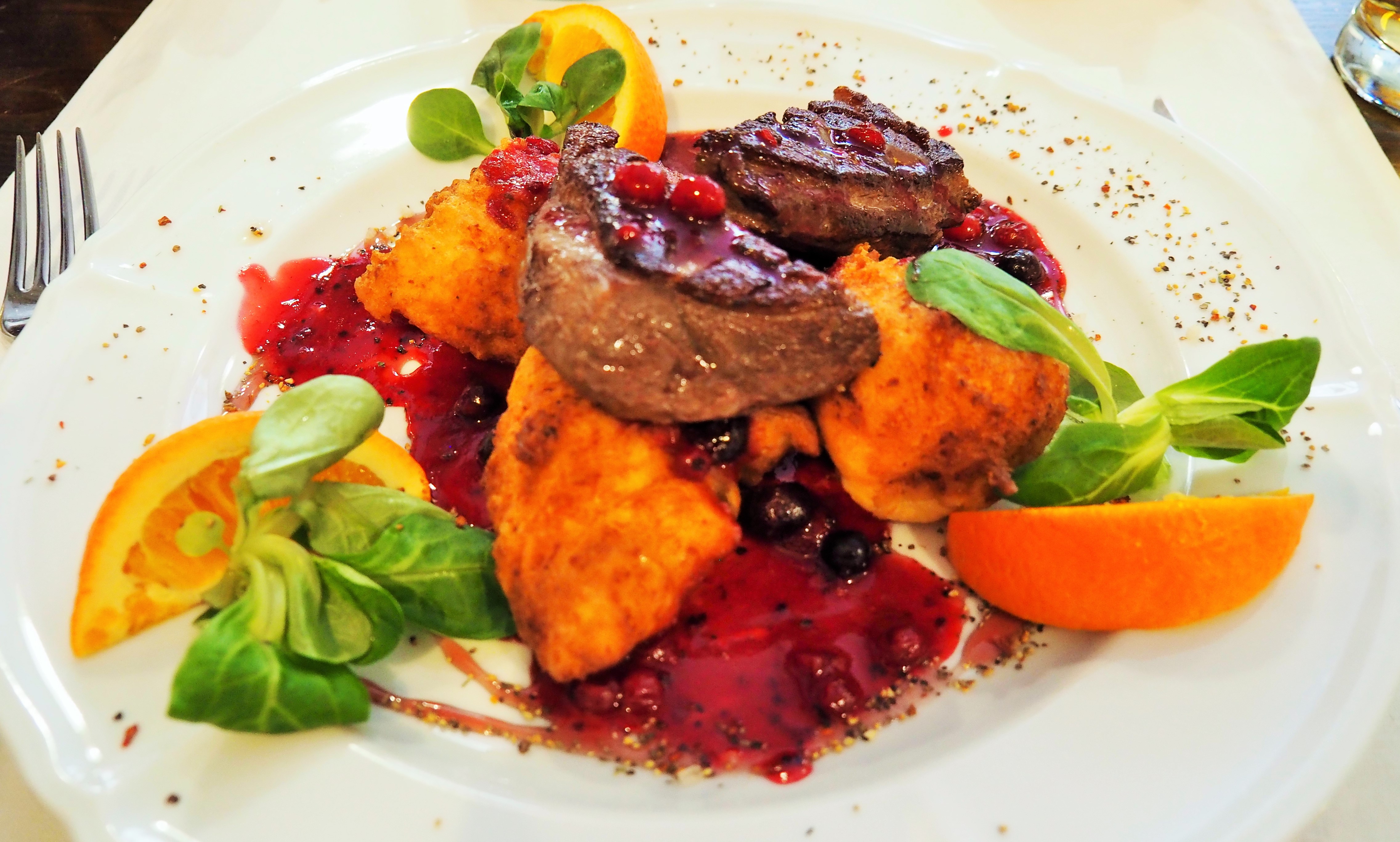 On Sunday we visited the Hungarian Parliament with an organized group excursion. To skip the fairly long line, the tickets can be purchased in advance online at Jegymester. The tours are offered in several languages.

While waiting for our turn…

Hungarian Parliament is monumental; it’s the third biggest parliament building in the world, after Washington DC and Bucharest. Probably, it is one of the most classically proud and beautiful buildings I’ve ever seen… Inside, the significant part of the decorations is made of a thin layer of gold. The highlight of the building is the imposing Grand Staircase in the main hall and the Assembly hall of the House of Magnates.

One of the best views to the Hungarian Parliament opens from the Fisherman’s Bastion on the opposite side of the river. From the bastion, you can continue to the historical castle and palace complex Buda castle and enjoy a lazy stroll back to the city.

The Buda side of the city 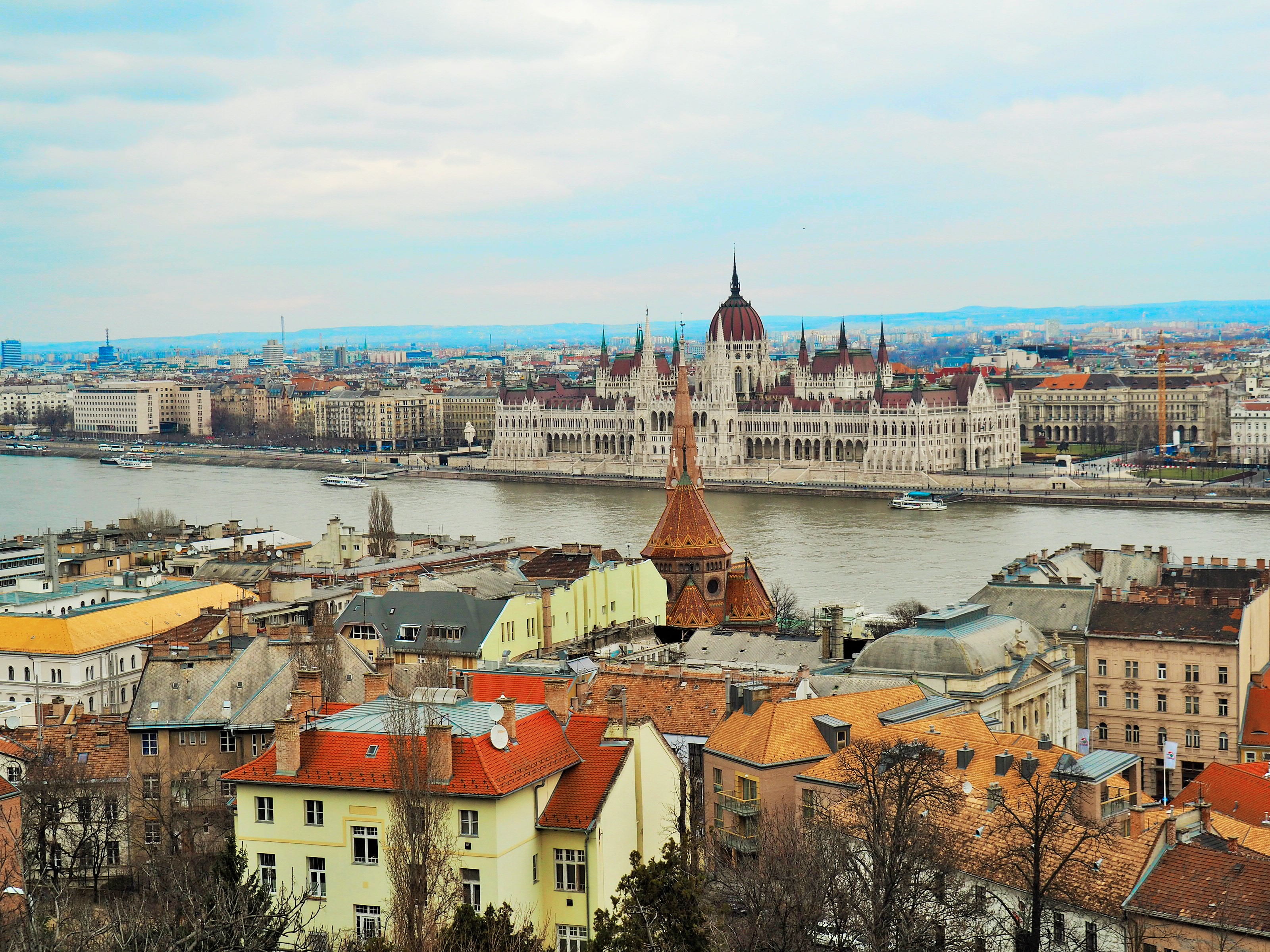 A view to the Parliament building from the Fisherman’s Bastion