Our last stop in Myanmar was Mandalay. Actually, I’ve heard this name before, during my school years, even before we learned about the contry called Myanmar in geography lessons, from the song of Robbie Williams. No need to say that I was singing this song in my head the whole time we were on the “Road to Mandalay”… 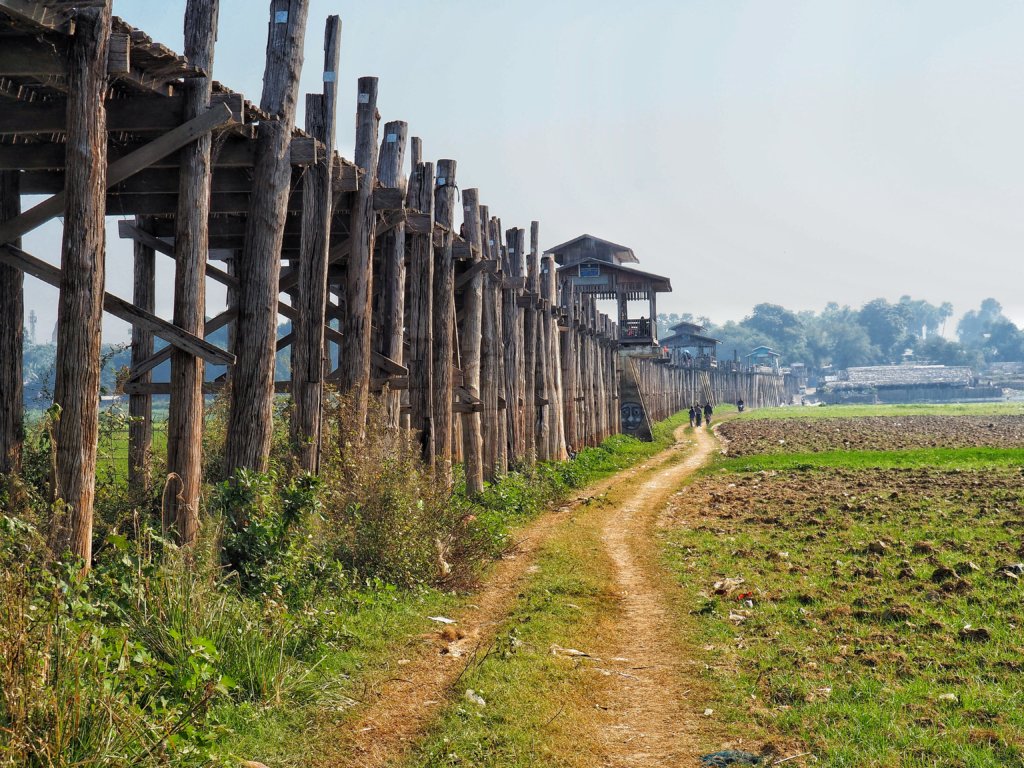 Though pretty young, founded in the 19th century, Mandalay has more than one million inhabitants what makes it the second biggest city in Myanmar. Mandalay, the last royal capital, is also considered the center of Burmese culture. 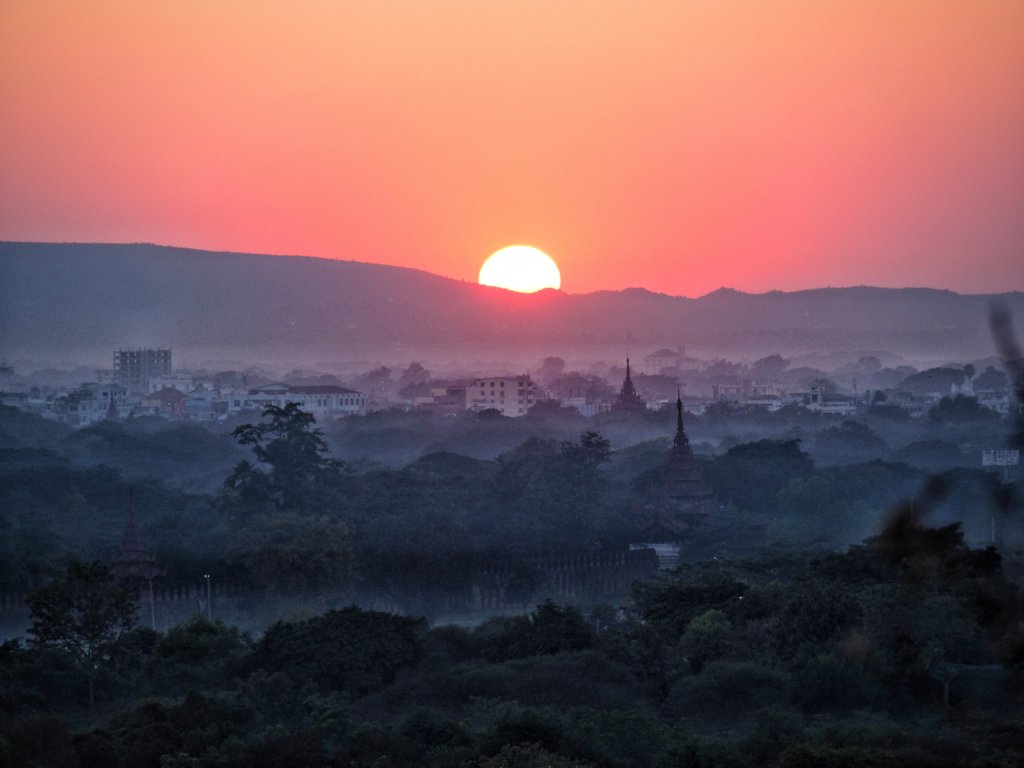 The absolute must-do in Mandalay is to climb the famous Mandalay hill before the sunset. The views unveiling during the climb and at the top are incredible. The climb (=walking up the stairs) takes about 45 minutes. Don’t forget that you have to climb the hill barefoot: formerly, this was a holy mount. Legend tells that the Buddha, on his visit, had prophesied that a great city would be founded at its foot.

By the way, if you are not a fan of walking or afraid that you don’t make it in time before the sunset, you can also take a motorbike taxi to the top what will cost you about 2000 kyats. In Mandalay, this is the quickest and cheapest means of transport. 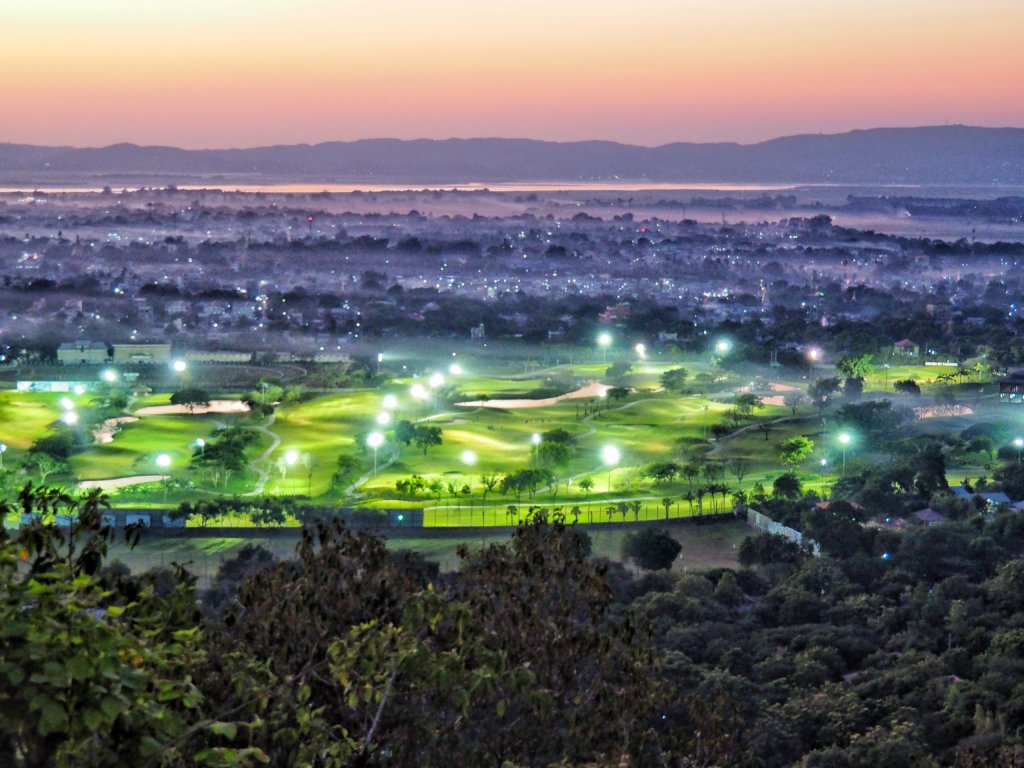 Probably, you have already seen a picture of hundreds of white pagodas lining up in rows. That is Kuthodaw Pagoda, which lies at the foot of the Mandalay Hill and contains the world’s largest book. It was for me a puzzle, what was the connection between the hundreds of pagodas and the book, so I researched a litte bit in the Internet. Here is what I have found: the pagodas are actually housing 730 marble tablets: 729 of them contain body of the text and the last tablet describes the creation of the book. The “pages” are covered on both sides with dense script: each letter had been initially filled with golden ink and the stones themselves were decorated with precious stones such as rubies and diamonds. There 730 marble tables comprise tipitaka, the Theravada Buddhism’s religious canon. Unfortunately, after the British invasion in the 1880-s, the troops stolen gold ink and precious stones from the slabs – therefore later the writing was refilled with ordinary black ink keeping the message alive for future generations. 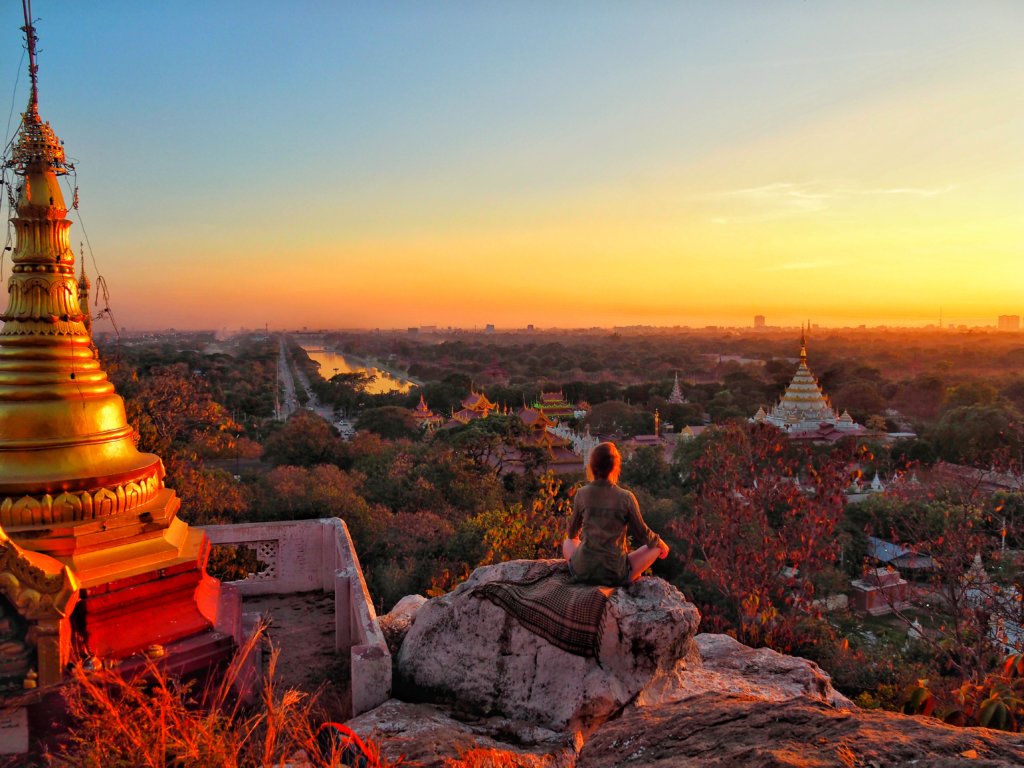 To come back to the city, we took another way – the asphalted road – and were pretty much alone on the road, only from time to time overtaken by the motorbikes. The view to the city was mysterious and bright. The only shortcoming of a lonely walk back were the homeless dogs – though looking harmless, they can become unforeseeable when they get in packs. 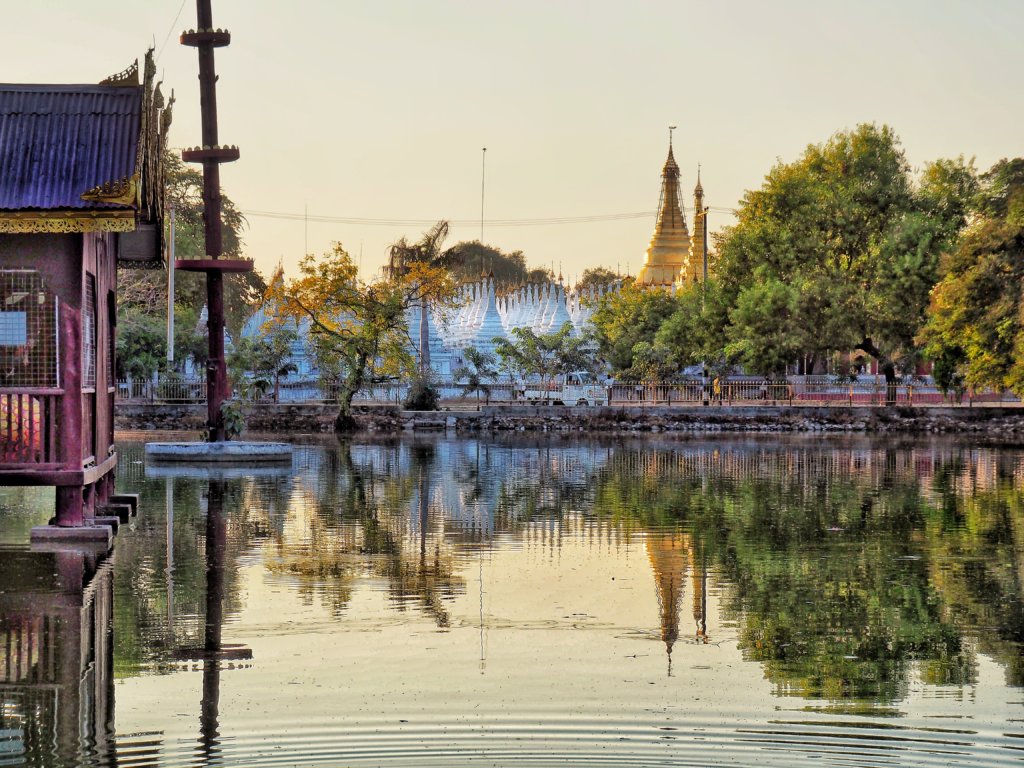 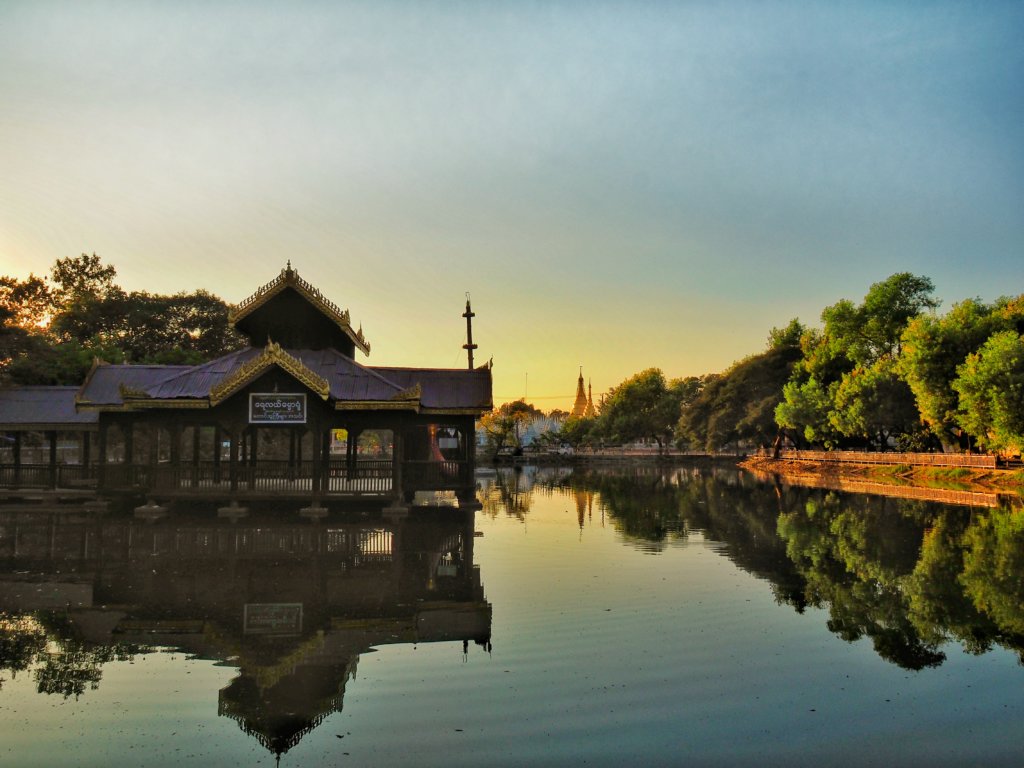 Shwenandaw Monastery is another highlight of Mandalay located at the foot of the Mandalay Hill (so you already noticed that all roads lead to this hill!) This monastery was built at the end of the 19th century in the traditional Burmese architectural style. It is famous for its teak carvings of Buddhist myths, which cover its walls and roofs. 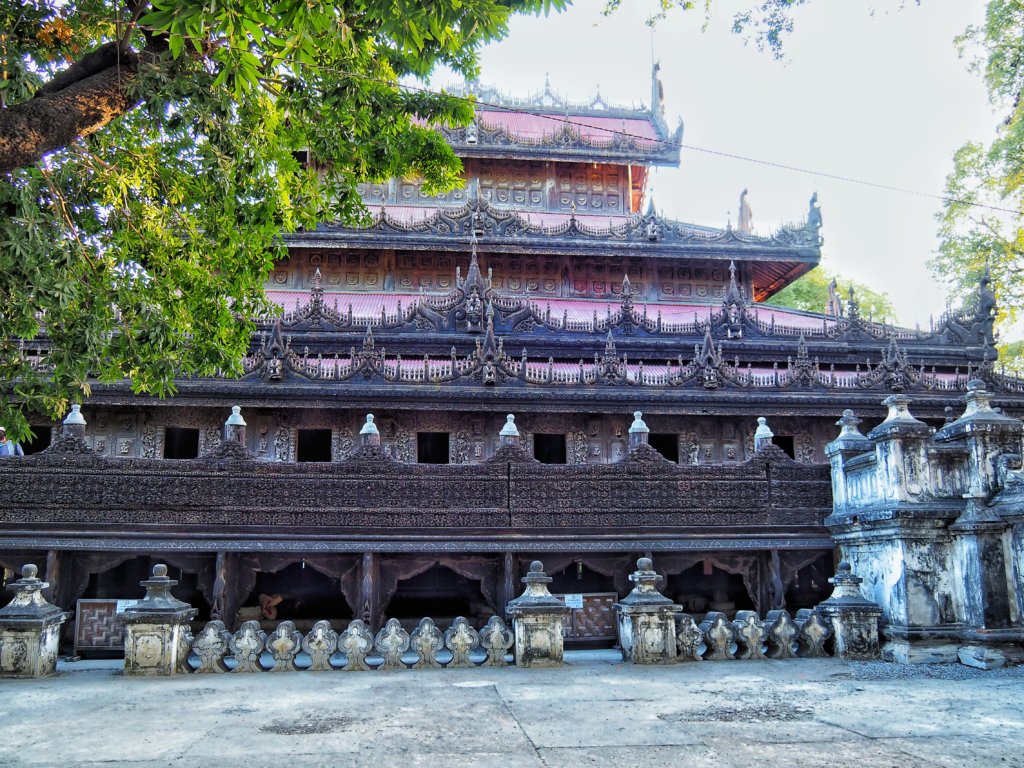 In the middle of the city, taking a perfect geometrical shape, spreads the Royal palace, called otherwise “The Famed Royal Emerald Palace” or “Great Golden Royal Palace”. It was the last royal palace of the last Burmese monarchy. By the way, this is a replica of the original which was almost completely destroyed during the World War II by bombing. 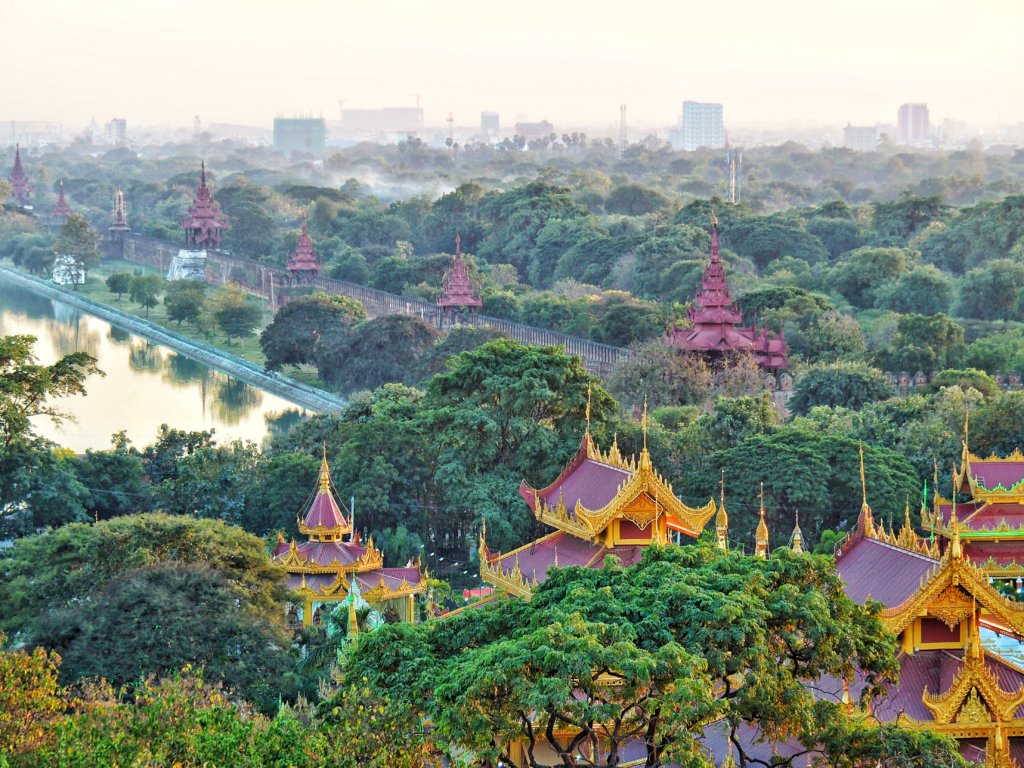 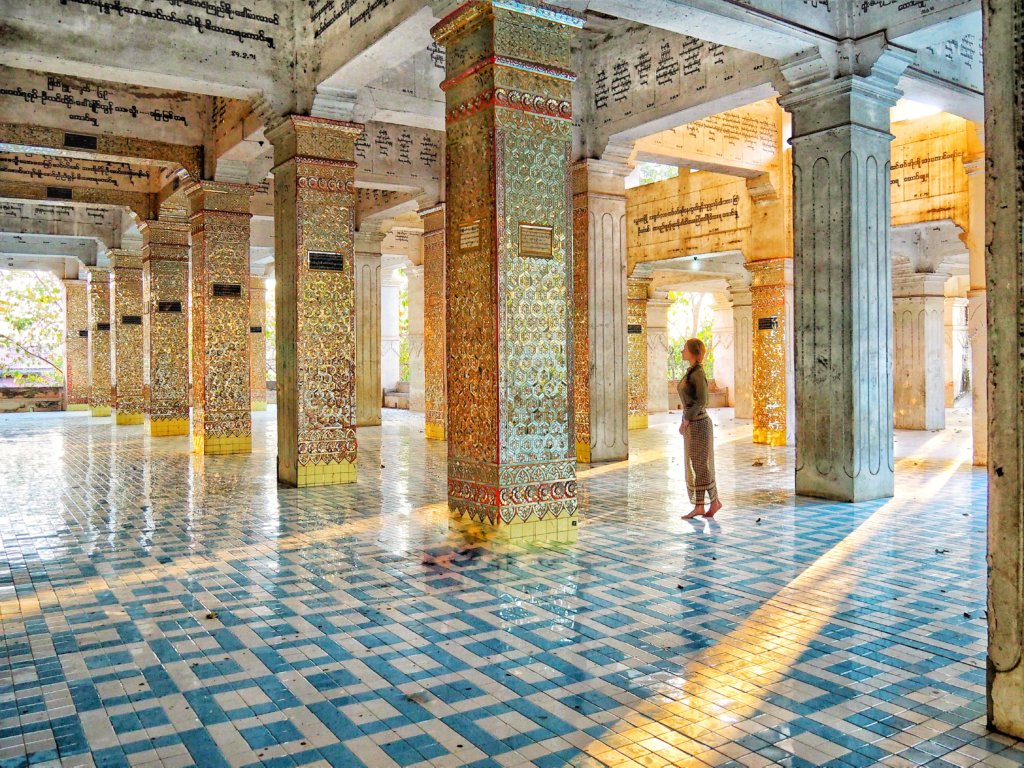 At daytime, the city center transforms into a buzzing vivid city market: the goods, the sellers, the ambiance is bright and colorful. We were wondering around for couple of hours, just gazing and grasping at the huge variety of exotic stuff. 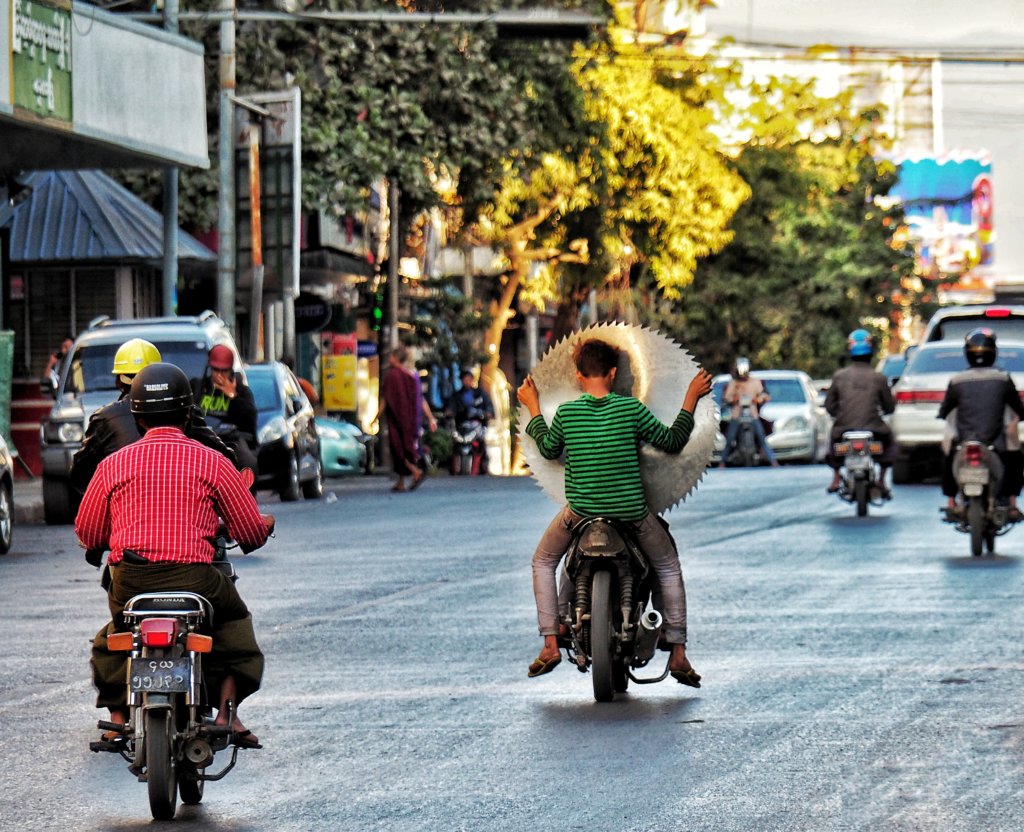 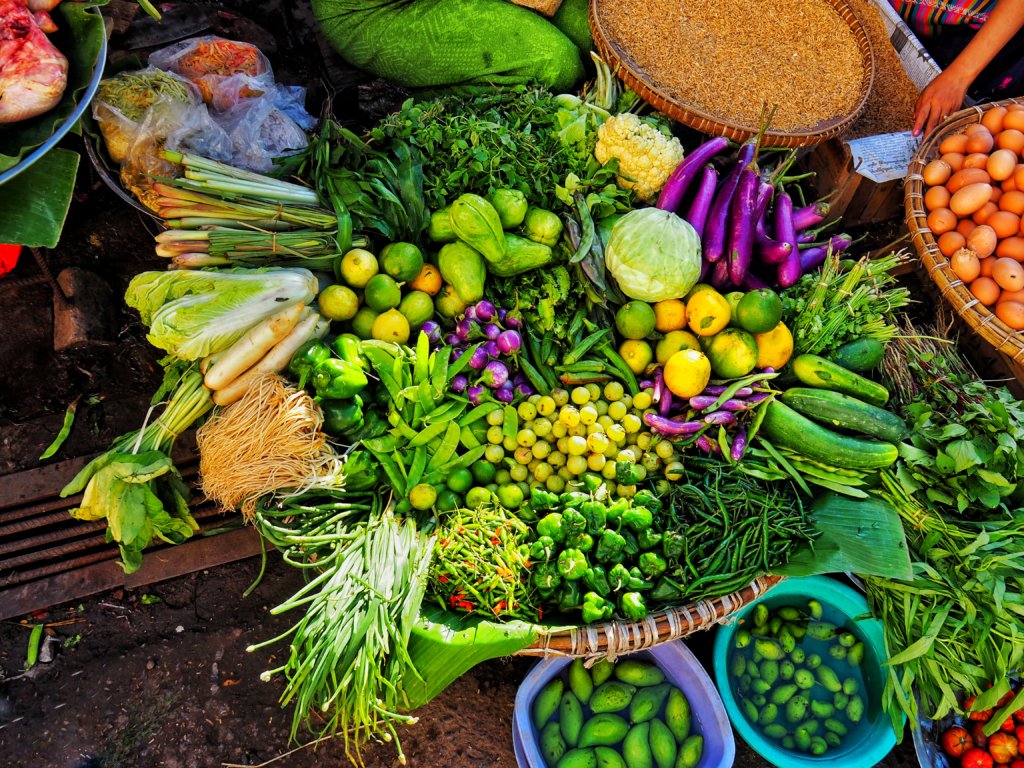 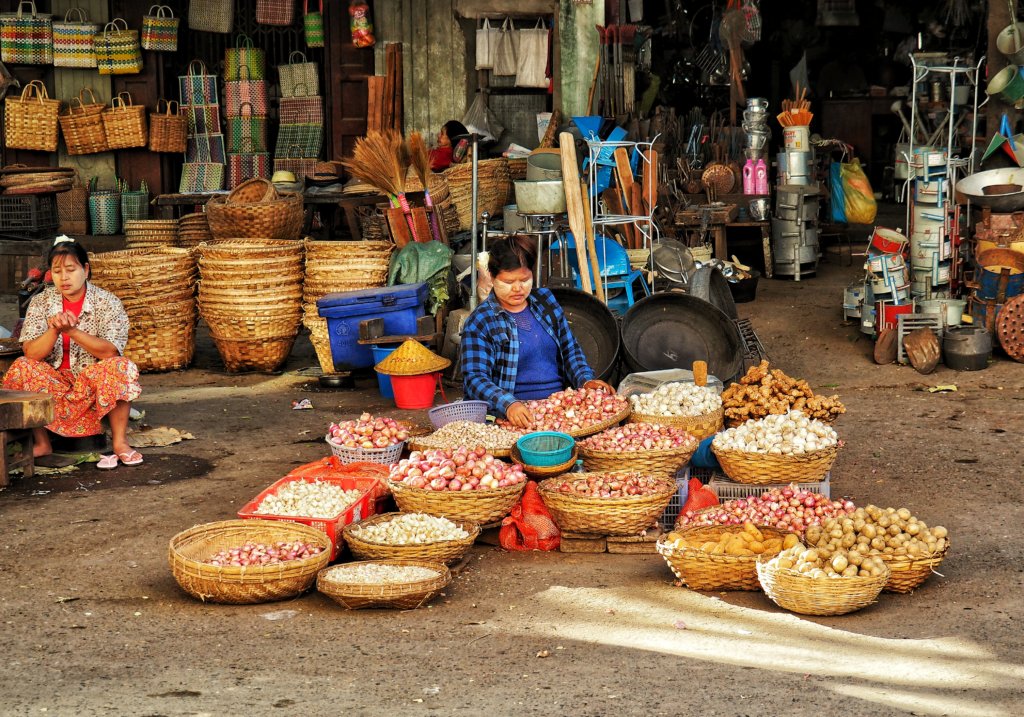 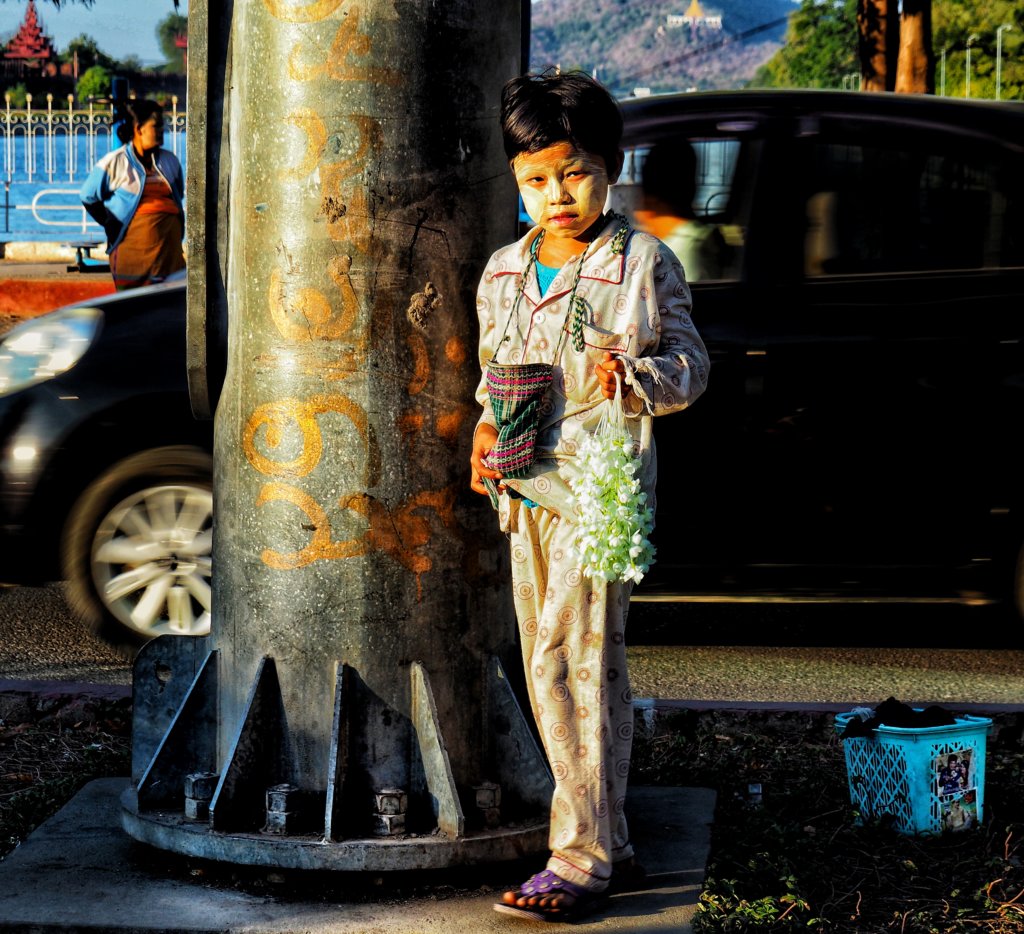 Another must-see in the Mandalay area is the U-Bein bridge which you can reach with a taxi from Mandalay in about 30 minutes. When you are there, allow for one hour to cross it and get back. Many people say that the most fascinating views reveal during the sunset and sunrise. You can also rent a boat to cross the Taungthaman Lake and take a picture of the oldest and longest teak-wood bridge in the world from the water. 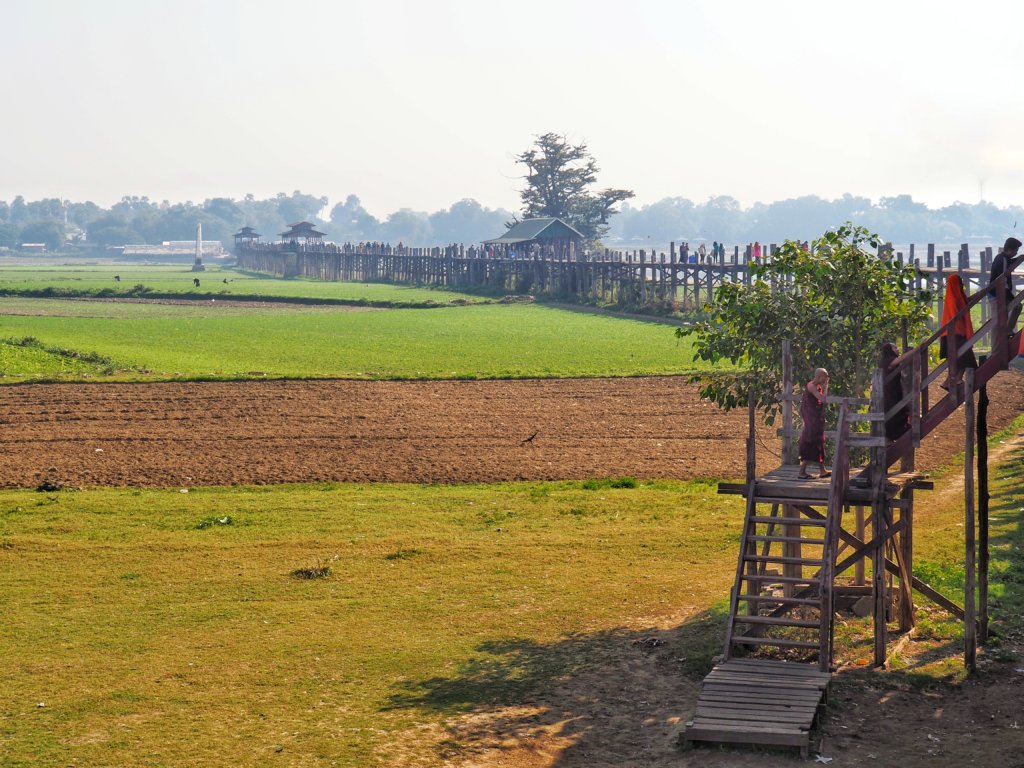 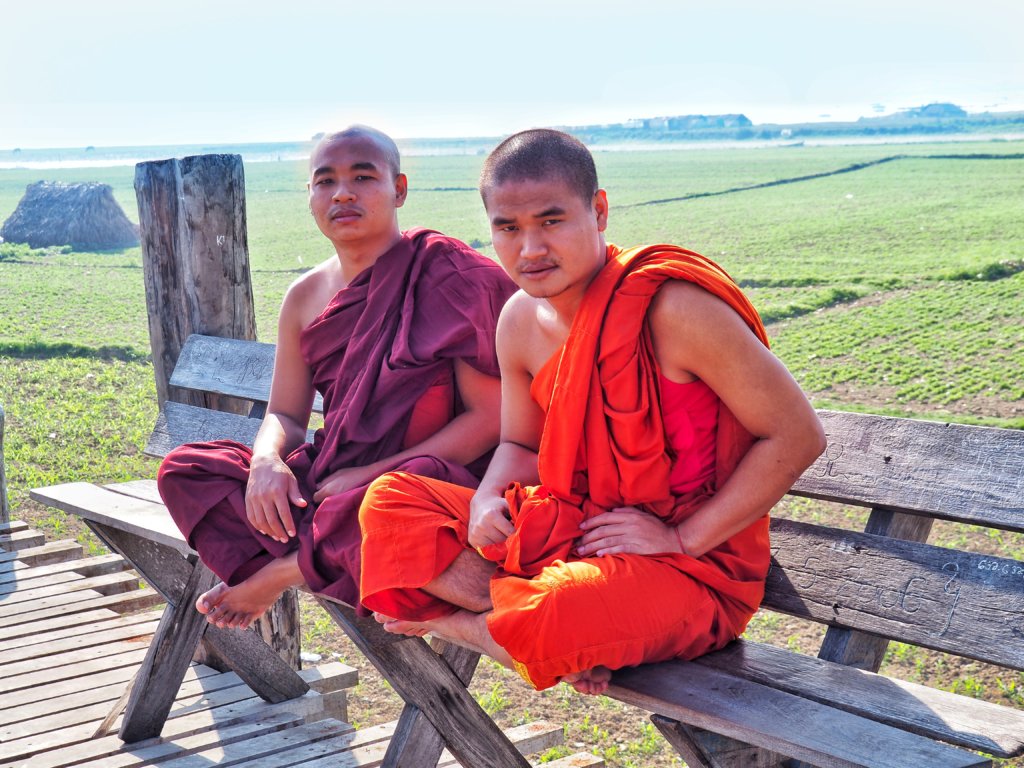 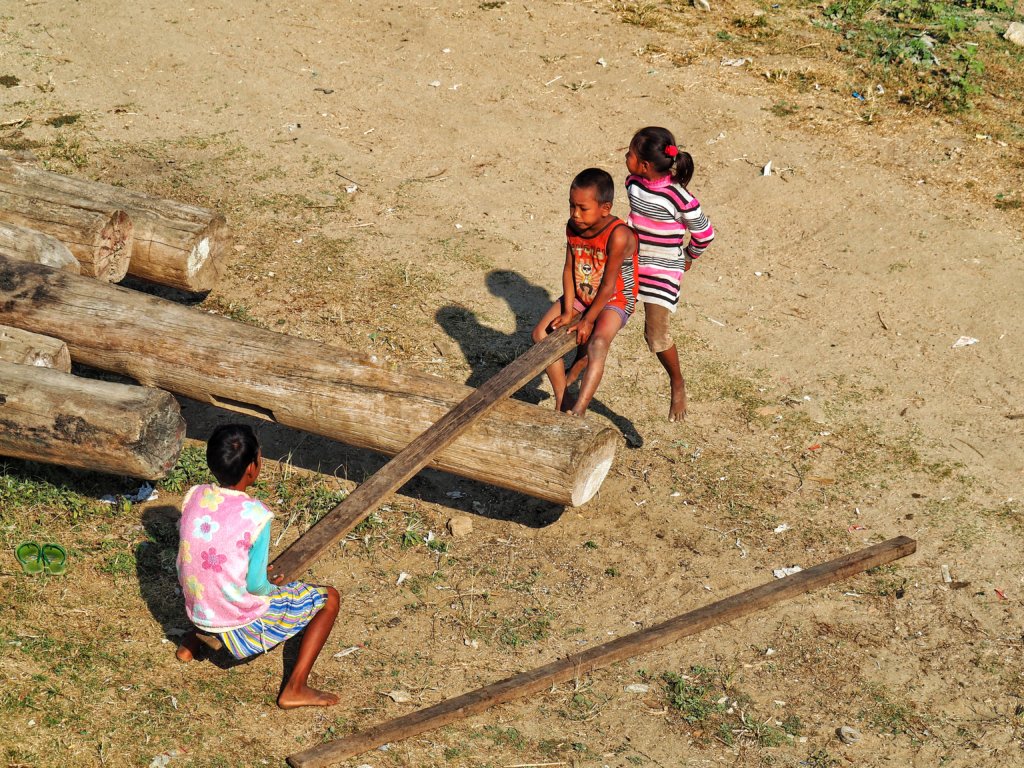 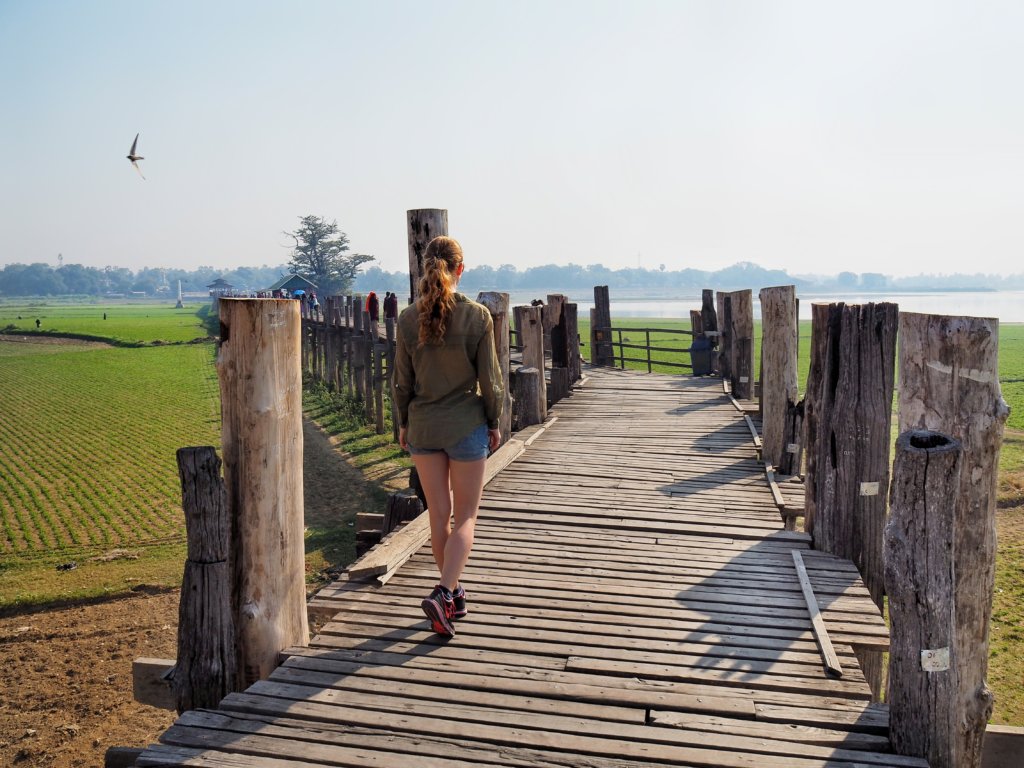